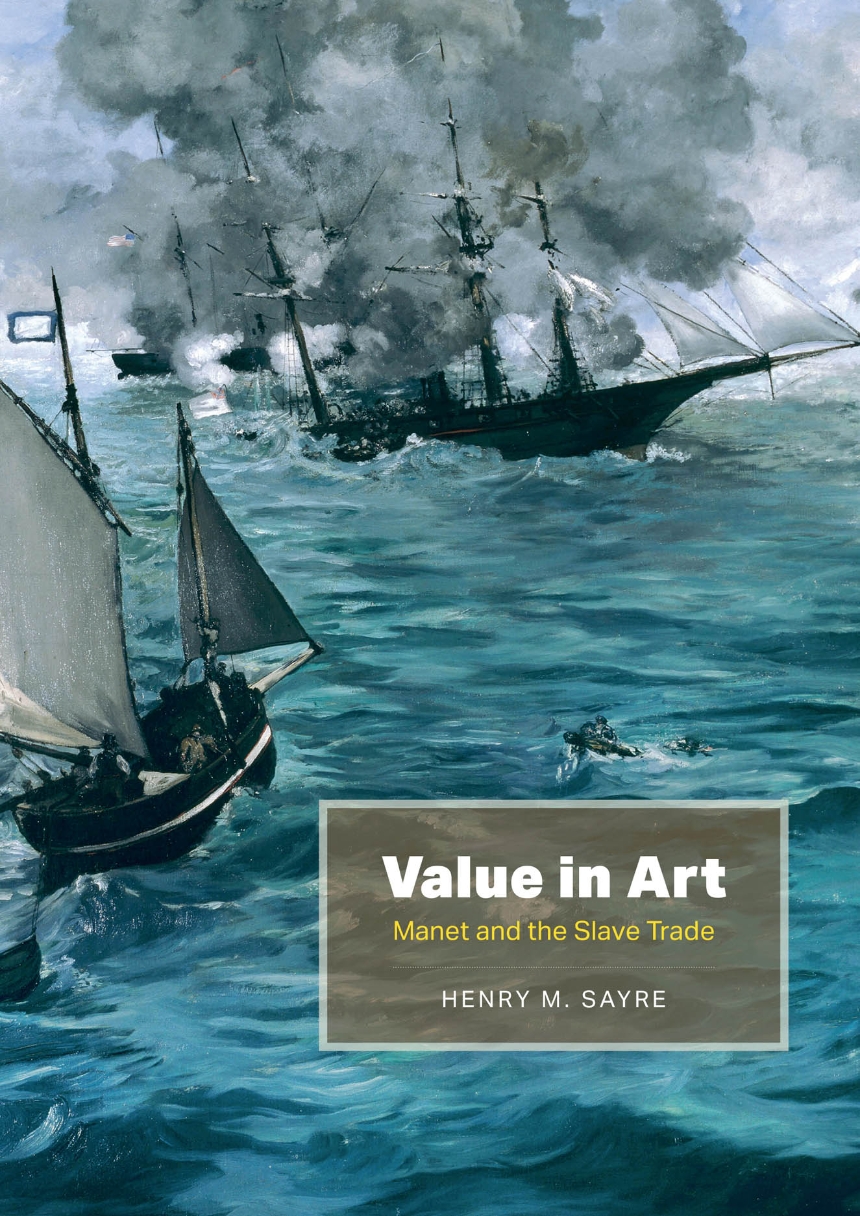 Manet and the Slave Trade

Manet and the Slave Trade

How did art critics come to speak of light and dark as, respectively, “high in value” and “low in value”? Henry M. Sayre traces the origin of this usage to one of art history’s most famous and racially charged paintings, Édouard Manet’s Olympia.

Art critics once described light and dark in painting in terms of musical metaphor—higher and lower tones, notes, and scales. Sayre shows that it was Émile Zola who introduced the new “law of values” in an 1867 essay on Manet. Unpacking the intricate contexts of Zola’s essay and of several related paintings by Manet, Sayre argues that Zola’s usage of value was intentionally double coded—an economic metaphor for the political economy of slavery. In Manet’s painting, Olympia and her maid represent objects of exchange, a commentary on the French Empire’s complicity in the ongoing slave trade in the Americas.

Expertly researched and argued, this bold study reveals the extraordinary weight of history and politics that Manet’s painting bears. Locating the presence of slavery at modernism’s roots, Value in Art is a surprising and necessary intervention in our understanding of art history.

“Henry M. Sayre’s Value in Art: Manet and the Slave Trade is an impressive, insightful, and thoroughly persuasive work. Impeccably researched and wide-ranging in its breadth of discussion, Sayre’s highly perceptive analysis centers on Manet but proceeds outward with masterful expertise and nuance, incorporating poetry, music, fiction, prose, French and American history and culture, politics, and––naturally––art. With sensitivity and imagination, with balance and tact, Sayre employs floating signifiers to track the insidious path of colonialism and slavery that underlie modernist art and culture. What he reveals of this depraved heart of darkness inspires the reader to new modes of understanding about the complexity of modernist representation––both its achievements and its shame.”

“Value is a difficult art historical term, too often reduced to questions of price or hue. In Value in Art: Manet and the Slave Trade, Sayre achieves an eye-opening feat, namely, the unveiling of the term’s true political economy. Focused on Édouard Manet’s key 1860s paintings, Sayre articulates the period’s commodification of the black and female body—through slavery and prostitution—as the true subject of early modernist painting in France. This is indispensable reading for all scholars of Manet, the 1860s, and the politics of representation, as well as modernism’s fraught relationship to the history of slavery.”