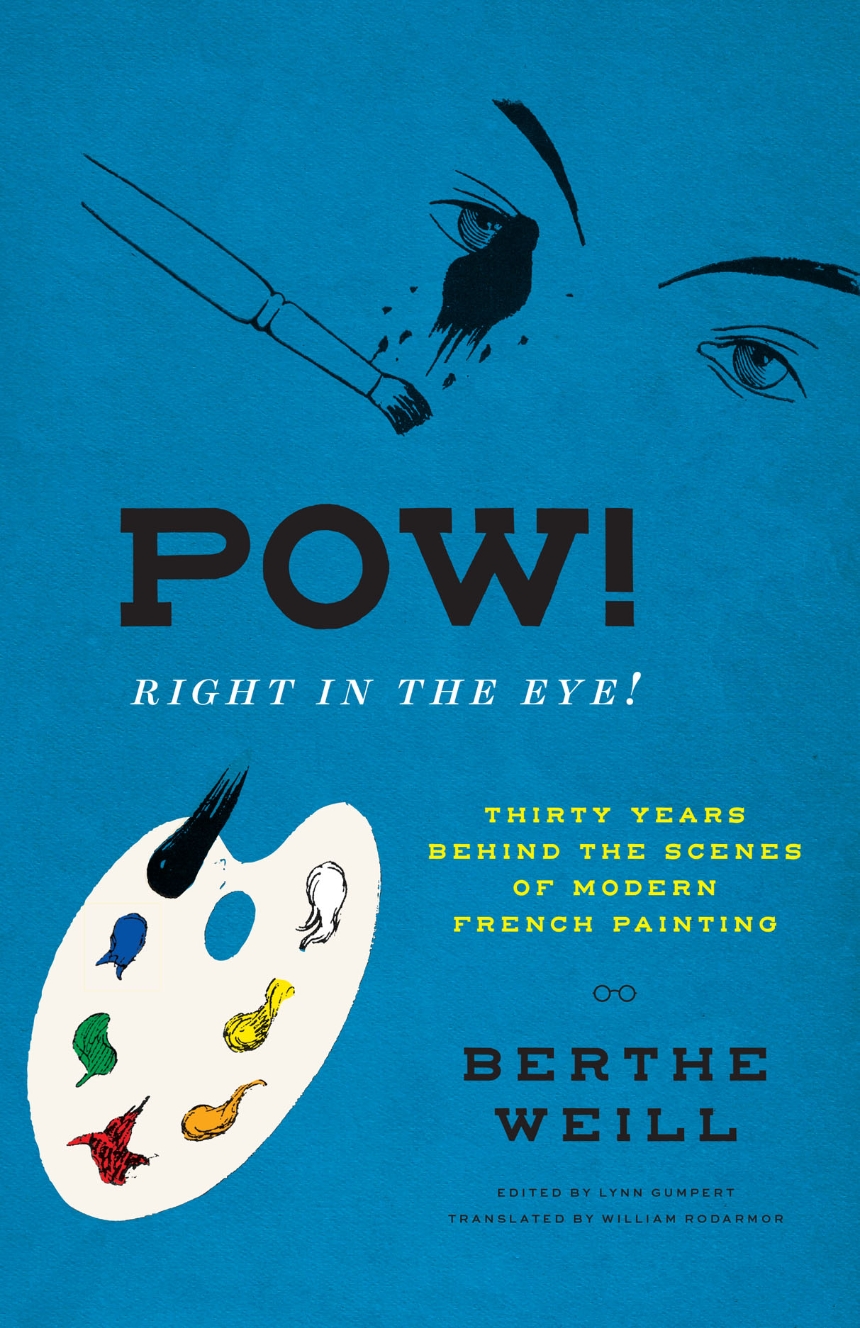 Pow! Right in the Eye!

Thirty Years behind the Scenes of Modern French Painting

Pow! Right in the Eye!

Thirty Years behind the Scenes of Modern French Painting

Edited by Lynn Gumpert
Translated by William Rodarmor
Introduction by Marianne Le Morvan
Foreword by Julie Saul and Lynn Gumpert
Memoir of a provocative Parisian art dealer at the heart of the 20th-century art world, available in English for the first time.

Berthe Weill, a formidable Parisian dealer, was born into a Jewish family of very modest means. One of the first female gallerists in the business, she first opened the Galerie B. Weill in the heart of Paris’s art gallery district in 1901, holding innumerable exhibitions over nearly forty years. Written out of art history for decades, Weill has only recently regained the recognition she deserves.

Under five feet tall and bespectacled, Weill was beloved by the artists she supported, and she rejected the exploitative business practices common among art dealers. Despite being a self-proclaimed “terrible businesswoman,” Weill kept her gallery open for four decades, defying the rising tide of antisemitism before Germany’s occupation of France. By the time of her death in 1951, Weill had promoted more than three hundred artists—including Henri Matisse, Pablo Picasso, Amedeo Modigliani, Diego Rivera, and Suzanne Valadon—many of whom were women and nearly all young and unknown when she first exhibited them.

Pow! Right in the Eye! makes Weill’s provocative 1933 memoir finally available to English readers, offering rare insights into the Parisian avant-garde and a lively inside account of the development of the modern art market.

"Now published in English for the first time, Weill’s fast-paced and punchy account of her gallery’s first 25 years of exhibitions is a who’s who of emerging artists in early-twentieth century Paris, the collectors who bought their work, and how much they paid. . . .She paints a clear portrait of how modern masters like Metzinger and Matisse, alongside lesser known painters like Émilie Charmy, shook up modern art and modern culture even before there was a market for their work."

"The overall message of Pow! is one of resistance in the face of an elitist, male-dominated art world."

"This is a charming, lovingly produced book that makes it clear that
despite the 'aesthetic revolution of eye-catching splendor' that defied
the ordinary, the fickleness of art, 'too subject to the whims of
speculation,' took years to make a dent in."

“Pow! Right in the Eye! reveals the visionary trajectory of Berthe Weill’s life and work. Incredibly open to taking risks, Weill exhibited many of the twentieth century’s greatest artists while they were still early in their careers. This wonderful book is an urgent protest against forgetting this great gallerist and her journey of endless experimentation.”

“Berthe Weill changed the course of art history. With her memoir, a fantastically idiosyncratic and idiomatic adventure that is part confession and part invective, she rewrites that hallowed history as a telling corrective that anyone who cares about art, then and now, needs to read. Every twist and turn here reveals far more than simply an in-the-trenches account of the difficulties of presenting the young and new to an indifferent world—it is a stunningly humble self-portrait of the extreme disadvantages faced by an underprivileged Jewish woman confronting the issues of class, anti-Semitism, and sexism, as elegant and sturdy as Picasso’s famous portrait of her."

“Berthe Weill’s compelling memoir is a raucous and often humorous saga of a courageous champion of avant-garde art in Paris during the early twentieth century. The story of the first gallery dedicated to contemporary emerging artists—founded by a woman amidst a market-driven, all male art world—continues to resonate strongly to this day.”

Pow! Right in the Eye! Thirty Years behind the Scenes of Modern French Painting

Monsieur Mayer had died. Without its guiding light, the shop lost all interest for me. That’s when I got the idea of starting a business, so I would just be working for myself. When I told Mme Mayer about my plan, she was careful not to talk me out of it. She was counting instead on the fact that I didn’t know anything about business to lead me to give up of my own accord.

But my determination was unshakable. We would see! So she very kindly offered to lend me the 375 francs I needed for six months advance rent on a shop. I immediately found one at 25 rue Victor Massé.

(For as far back as I can remember, I have noticed this striking fact: Whenever I express a desire, something fortuitous happens that helps me realize it or causes it to fail, even at the cost of painful trials if it turns out to be the opposite of what I expected. We will see this more than once later on.)
This is where my journal begins, which I am calling Mémoires.
*
I started out with just 50 francs in hand and went into debt to pay the costs involved in opening a shop. Obviously, the situation wasn’t ideal, but I couldn’t back out now. Besides, what was the worst that could happen? Not being able to hang on? I WILL HANG ON!!!

I couldn’t count on any support from my parents, even moral support. Not only were they very poor, but they opposed my plan.

Mme Mayer and a few antique dealers in her family, who were distantly related to mine, become fellow pioneers in my enterprise, consigning various objects to me: old engravings and drawings, antique (or nearly antique) furniture and paintings, miniatures, silverware, etc., etc.

Ah, my friends! A sensational opening with all those objets d’art!
One of my brothers [Marcellin] went into the business with me. Given how difficult our early life was, what better compensation than independence? We’d never been spoiled by Fortune, so struggling struck us as perfectly normal.

Given how inexperienced we both were business-wise (and every otherwise!), we deserved to be encouraged for our boldness, but would merciless Lady Poverty find her way to our door in spite of our smiles?

Watch out!
Like anyone who never had any money, my brother loved to buy things. He would boldly venture forth, and I always felt anxious when he returned. His purchases might earn us a little profit if we could sell them, but they were a difficult problem to solve each time we had to pay for them.

Perseverance!
In those days, illustrated periodicals were everywhere, and lots of draftsmen contributed to them. Le Courrier français, edited by Jules Roques, was by far the most artistic. L’Assiette au beurre could be very interesting, and various others were more or less in demand. Their success was due to artists like Forain, Willette, Caran d’Ache, Henri Pille, Hermann-Paul, Sem, Cappiello, Abel Faivre, Roubille, Jean Véber, Helleu, Chéret, Steinlen, Bottini, Vallotton, Widhopff, etc.

There was a market for those artists’ original drawings, and they sold pretty steadily.
Posters, which most of them illustrated, were also in demand. Pursued by collectors and merchants, billposters did a brisk business selling them. Some fanatics would go out into the streets at night to peel off posters by Grasset, Mucha, Chéret, Cappiello, and other artists in vogue and jealously take them home.

We were making money! How beautiful life seems when you find yourself in possession of the crazy sum of a hundred sous!
Probably excited by the tension over paying the bills, my brother enjoyed buying things more and more. One day he brought me some Henri Pille drawings. The artist had recently died, and we didn’t know that a crooked bric-a-brac dealer was flooding the market with drawings he was making and signing himself. Their authenticity probably wouldn’t survive careful scrutiny, but we were still new to the game (and off to a good start!), and our competence was certainly open to question. We felt confident, and proceeded accordingly.

I displayed the drawings in our store.
Almost immediately, as if she had been waiting for this moment, a buxom woman showed up, eyes bulging with rage . . . “I forbid you to sell those drawings!” Good gracious! I was taken aback by her bullying tone, but I recovered. “Only one person gives orders around here, and that’s me!” I let her know that the door was open, and she was free to use it. Spluttering with rage and very threatening, the woman left. Turns out this was one of Henri Pille’s women friends. I didn’t know that, but it’s so easy to be polite!

I told my brother about the intrusion, and he said it was true, that he’d heard rumors about forgeries.
Okay, that did it! The drawings were clearly fakes. I put them on a high shelf in a closet in the gallery’s back room.
Integrity, honesty... I was becoming wary. If people were making forgeries for the sake of a few francs, where were we going? But I hadn’t yet lost the last of my illusions. God, how nasty and ugly the world is!

Deceit exasperates me. I try to earn everyone’s trust. So I would have to be prepared for some hard times.
(Mistrust is much harder on upright and conscientious people. It isn’t in them to bluff or pretend they’ve had some great success. I’ve seen it time and again!)

Next day, the well-upholstered Pille woman came back, I wouldn’t say smiling, but still under pressure, flanked by a suite of at least six gentlemen, all duly authorized. Like jacks-in-a-box, they popped out of no fewer than four hackney coaches and pushed their way into my tiny store. It got really crowded!

Thrilled to see such a throng, the neighbors envied our fate. “Those lucky ducks! All that business!” The police superintendent was there, along with his sergeant, his secretary, the artistic rights representative... and on and on.

“Do you have any forged Henri Pille drawings?” the superintendent asked. “Yes, sir. I do.” “Where are they?” “I put them away in a closet. You can have them. I removed them from my shop, but not because of this woman’s presumption,” I said, pointing at the fat matron. “After asking around, I learned that my good faith had been taken advantage of. And since I won’t sell forgeries...” This answer seemed to satisfy the superintendent. Just the same, he seized the drawings and told me to appear before the examining magistrate if I was summoned.I was indeed summoned.

Ushered into the chambers of Monsieur Boucard (or Bourcart), I saw that it was full of Pille drawings, both originals and fakes, that had been seized from merchants. Questioned by the judge, I told him about my situation, about starting out in business with my brother, who bought the drawings; about the Pille woman’s rudeness (Monsieur Boucard seemed aware of that); about our decision to only deal in genuine works, and to buy more advisedly in the future.

Monsieur Boucard kindly asked if I could spot the forgeries among the drawings there. (Is this a trap? Too bad! I’m taking the leap!) I was pretty sure I didn’t make any mistakes this time. (Touched by grace, I’d become an instant expert.) I was ushered out with, “I’ll trouble you no further.”

And that was that.
I’m pretty sure we never had any more forgeries, either of paintings, drawings, or engravings, ancient or modern. They were being churned out in basements and back offices, but we were careful. 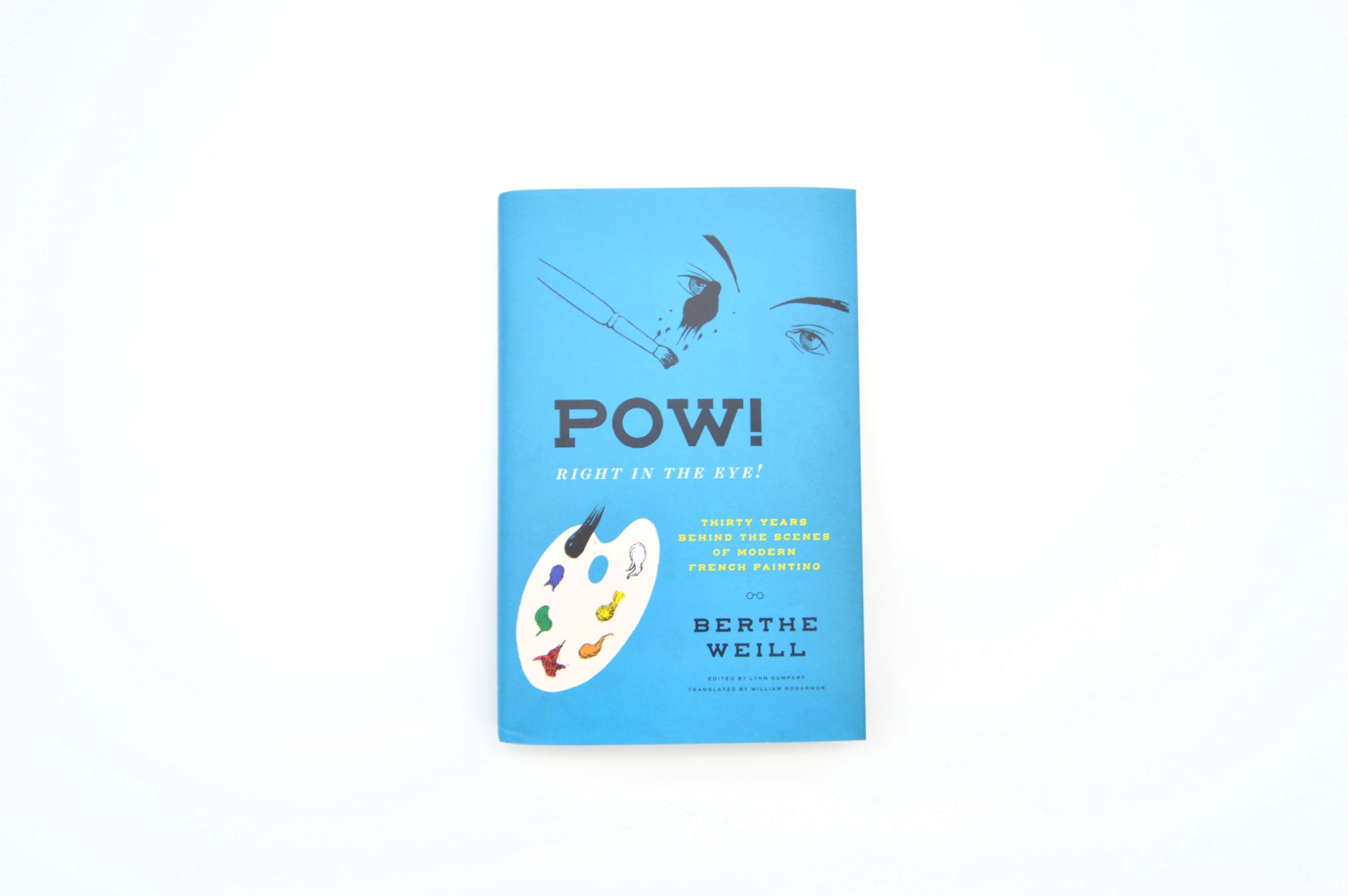 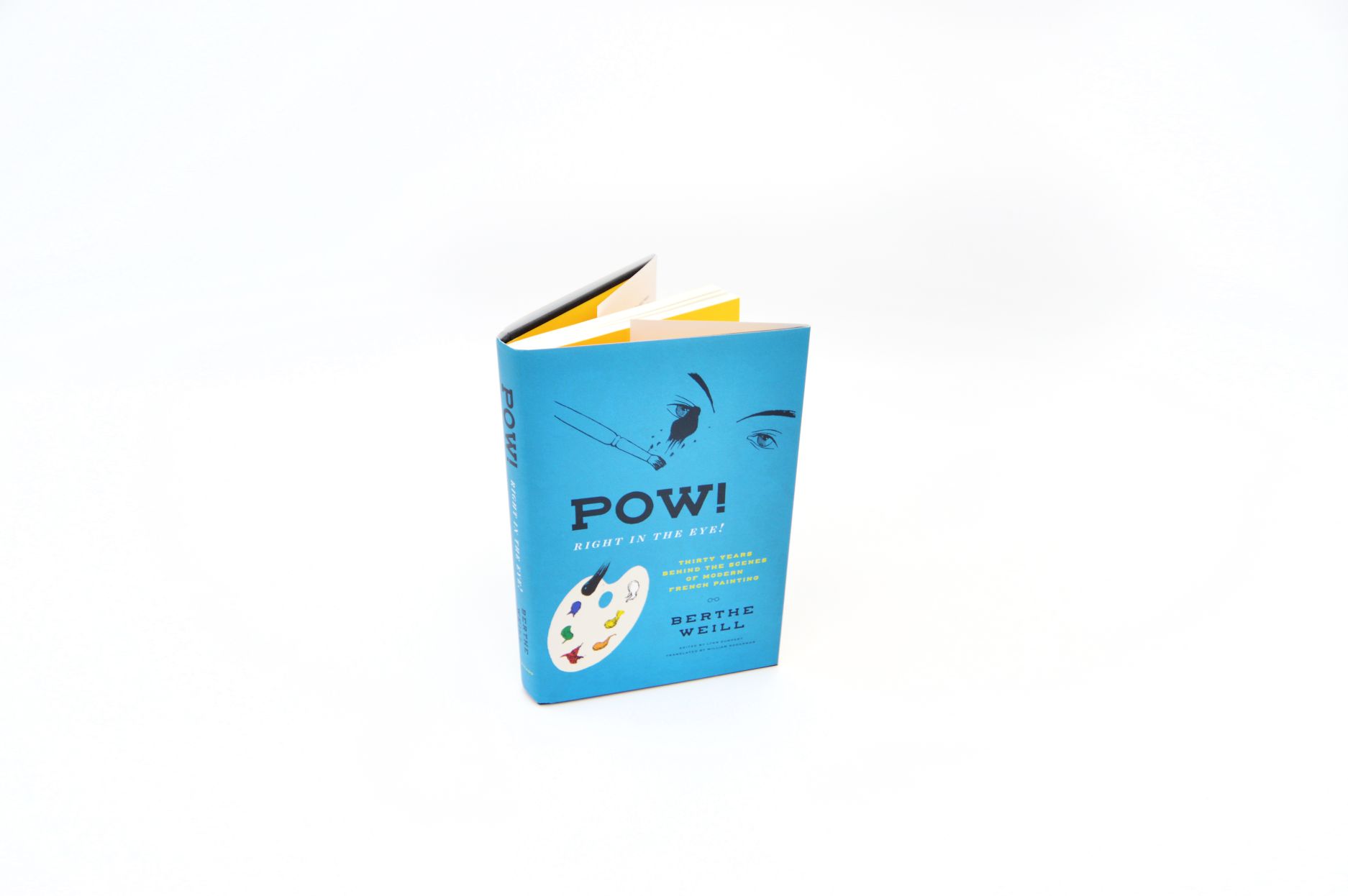 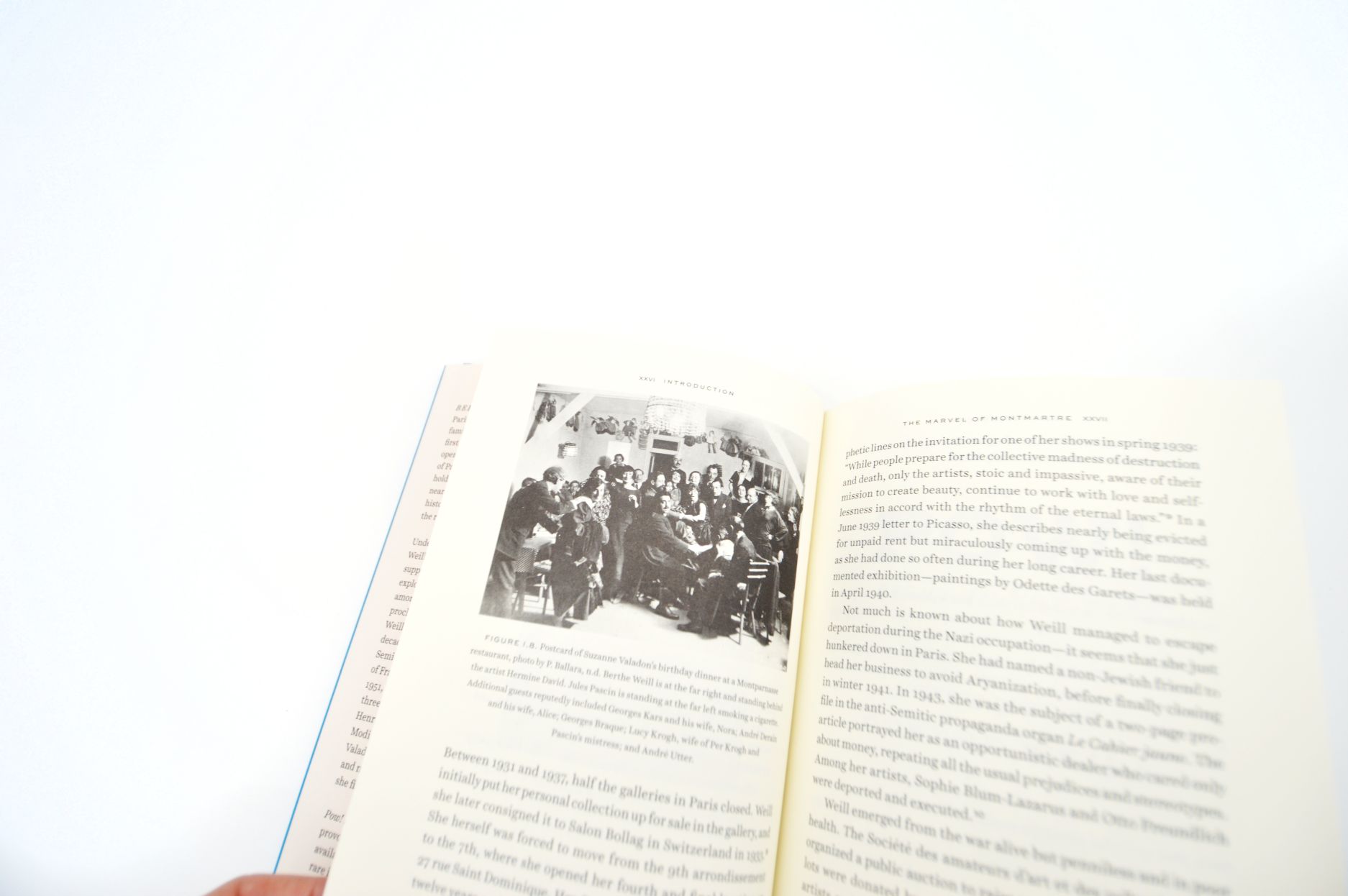 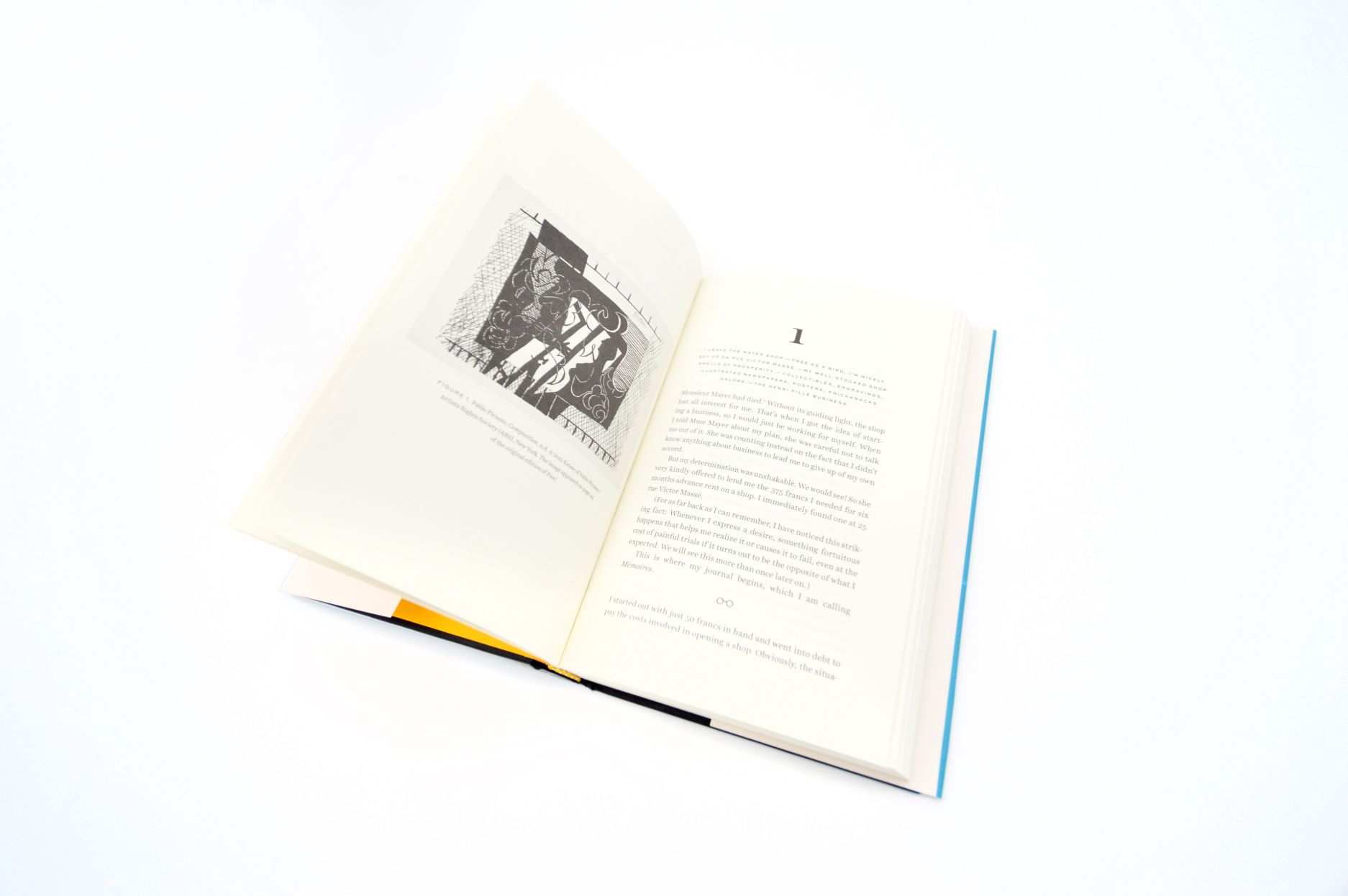