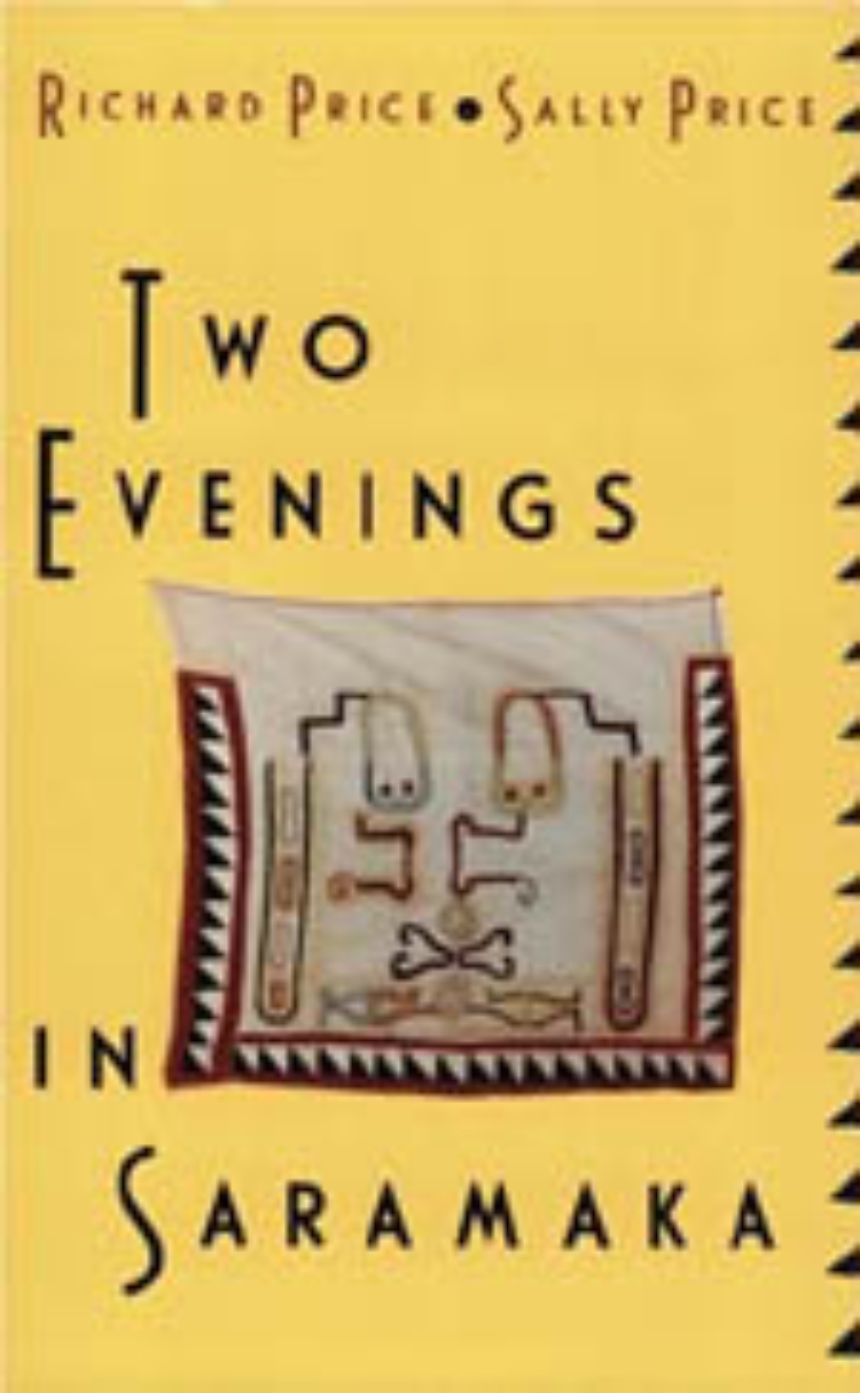 "Whatever has gotten into the Prices?" asks the apocryphal Professor Goodfellow in the opening lines of Two Evenings in Saramaka. "After all those books on history and ethnography," he muses, "why are they now turning to children’s stories and nonsense songs—mere folklore?"

In this innovative work, Richard and Sally Price explore the fully adult world of Saramaka "folktale-land," where animals speak, the social order is inverted, customs have been only partially worked out, and the weak and clever triumph over the strong and arrogant. Joining the Saramaka of the Suriname rain forest for two tale-telling wakes, we witness mischievous Anasi the spider matching wits with lecherous devils, the scrawny little kid rescuing his nubile sisters in distress, and the bitchy white princess being tamed by the one-sided boy. As seas dry up, books speak out loud, and elephants assume human form, we are present at a whole sequence of world-shaping happenings such as the invention of sex, the discovery of drums, and the arrival of death among humans.

Set in the more general context of tale telling by the descendants of Africans throughout the Americas and of recent scholarship in performance studies, these Saramaka tales are presented as a dramatic script. With the help of nearly forty photographs, readers become familiar not only with the characters in folktale-land, but also with the men and women who so imaginatively bring them to life. And because music complements narration in Saramaka just as it does elsewhere in Afro-America, more than fifty songs are presented here in musical notation.

Narrative, song, dance, and social interaction merge in these two evenings of multimedia entertainment, bearing witness to an Afro-American cultural tradition that remains alive and vibrant, constantly renewed but always reflecting its links with the past.