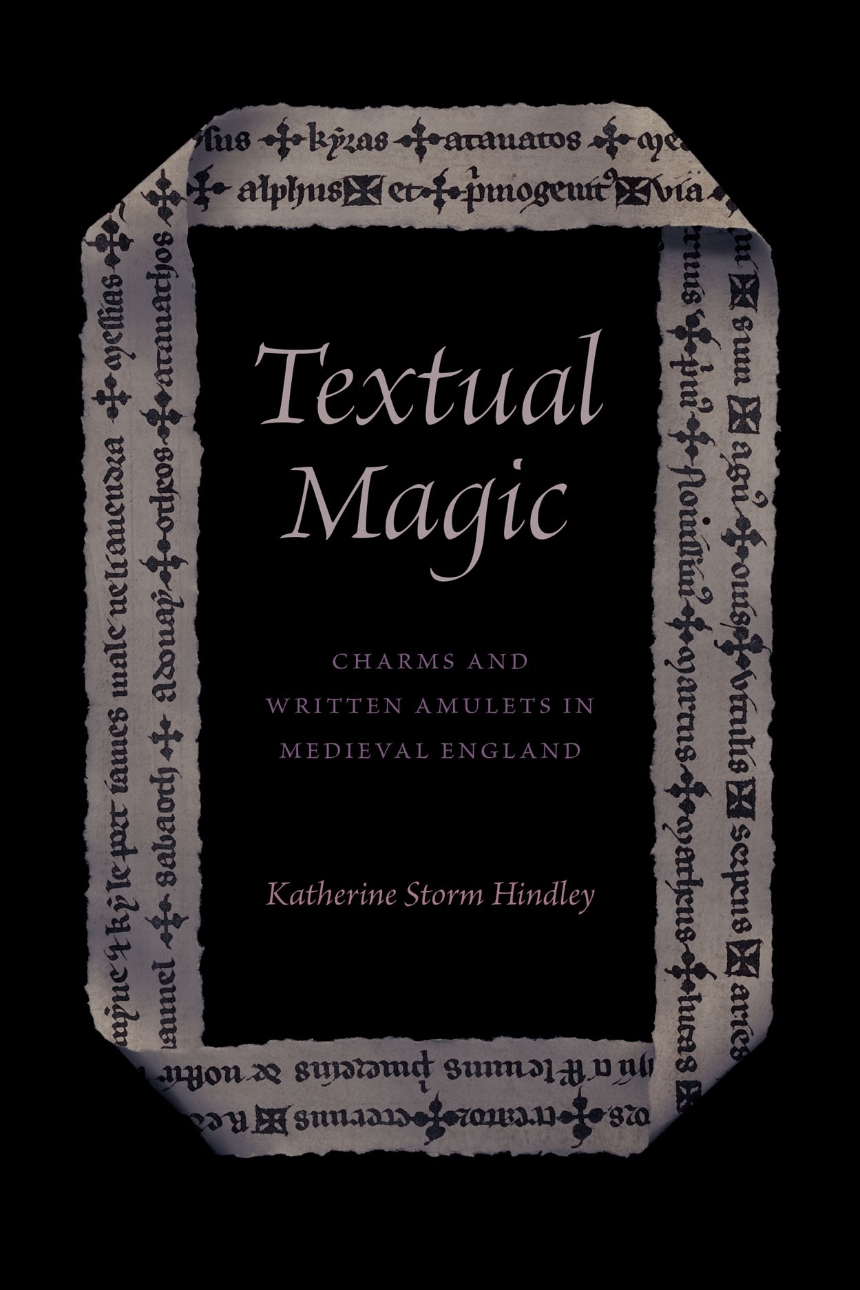 An expansive consideration of charms as a deeply integrated aspect of the English Middle Ages.

Katherine Storm Hindley explores words at their most powerful: words that people expected would physically change the world. Medieval Europeans often resorted to the use of spoken or written charms to ensure health or fend off danger. Hindley draws on an unprecedented archive, based on her own extensive research, composing an original sampling of more than a thousand such charms from medieval England—more than twice the number gathered, transcribed, and edited in previous studies, and including many texts still unknown to specialists on this topic. Focusing on charms from the so-called fallow period (1100–1350 CE) of English history, and on previously unstudied texts in Latin, Anglo-Norman, French, and English, Hindley addresses important questions of how people thought about language, belief, and power. She describes 700 years of dynamic, shifting cultural landscapes, where multiple languages, invented alphabets, and modes of transmission gained and lost their protective and healing power. Where previous scholarship has bemoaned a lack of continuity in the English charms, Hindley finds surprising links between languages and eras, all without losing sight of the extraordinary variety of the medieval charm tradition: a continuous, deeply rooted part of the English Middle Ages.

List of Boxes
Note on Translation and Transcription
Abbreviations
Introduction Reading, Writing, and Charming
Chapter 1 The Powers of Charm-Words and Relics
Chapter 2 Before 1100: “Textual Magic” in Pre-Conquest England
Chapter 3 1100 to 1350: Charm Language and the Boundaries of Text
Chapter 4 1350 to 1500: “A Fayre Charme on Englysh”
Conclusion The Changing Power of Words
Acknowledgments
Manuscripts Cited
Works Cited
Index