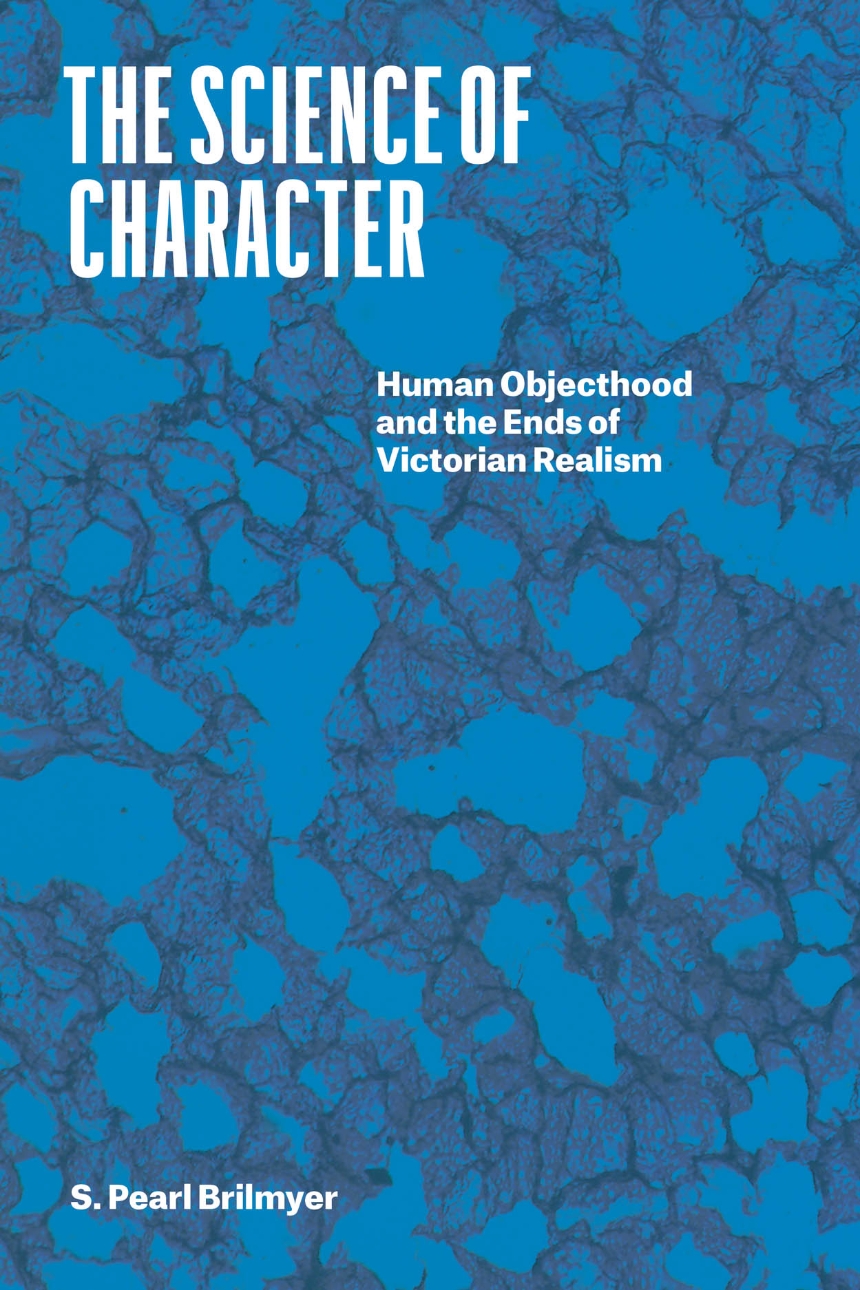 The Science of Character

Human Objecthood and the Ends of Victorian Realism

The Science of Character

Human Objecthood and the Ends of Victorian Realism

The Science of Character makes a bold new claim for the power of the literary by showing how Victorian novelists used fiction to theorize how character forms.

In 1843, the Victorian philosopher John Stuart Mill called for the establishment of a new science, “the science of the formation of character.” Although Mill’s proposal failed as scientific practice, S. Pearl Brilmyer maintains that it found its true home in realist fiction of the period, which employed the literary figure of character to investigate the nature of embodied experience. Bringing to life Mill’s unrealized dream of a science of character, novelists such as George Eliot, Thomas Hardy, and Olive Schreiner turned to narrative to explore how traits and behaviors in organisms emerge and develop, and how aesthetic features—shapes, colors, and gestures—come to take on cultural meaning through certain categories, such as race and sex. Engaged with materialist science and philosophy, these authors transformed character from the liberal notion of the inner truth of an individual into a materially determined figuration produced through shifts in the boundaries between the body’s inside and outside. In their hands, Brilmyer argues, literature became a science, not in the sense that its claims were falsifiable or even systematically articulated, but in its commitment to uncovering, through a fictional staging of realistic events, the laws governing physical and affective life. The Science of Character redraws late Victorian literary history to show how women and feminist novelists pushed realism to its aesthetic and philosophical limits in the crucial span between 1870 and 1920.

“Brilmyer’s work marks a new epoch in the study of realism. Developing out of deep historical research and an engagement of the thinking of philosophers, theorists, and scholars of character, Brilmyer reverses dominant understandings of the way late nineteenth-century fiction developed to trace the emergence of an impersonal dynamic materialism that from George Eliot forward reimagined the nature of character itself. This is an extraordinarily original and important contribution, both to the history of realism and the novel and to new theorizing about matter.”

“The Science of Character brilliantly and boldly renews discussions of the late Victorian history of the novel. Brilmyer shows us how figures such as George Eliot, Thomas Hardy, and Olive Schreiner revised the definition of a realistic character along new, materialist lines. That revision demonstrated literature’s ability to produce insights into the workings of both nature and culture.”

“Character: a slippery term that can denote either a human-like entity in a literary text or the specific assemblage of traits that makes one person different from others. In this beautifully argued book, S. Pearl Brilmyer refuses to choose between these two possibilities. Instead, she shows how novelists at the end of the nineteenth century enlisted the former in the service of discovering the workings of the latter—how, that is, George Eliot, Sarah Grand, Olive Schreiner, George Gissing, and Thomas Hardy transformed their aesthetic practice into a science of character. Turning the study of literature and science on its head by demonstrating the degree to which the production of literature was a scientific endeavor for these writers, she also formulates a unified field theory of the late-nineteenth-century novel that recognizes the centrality of women writers and finds in New Woman fiction the key to that novel’s theorization of character and circumstance as inseparable. Bracingly rigorous, intellectually thrilling, exhaustively researched, with far-reaching consequences for our understanding of the novel: The Science of Character is a remarkable achievement.”

“The Science of Character is learned and continuously intelligent, a model of philosophically informed criticism. Brilmyer makes a theoretical advance in the conceptualization of character, realism, and the novel itself. This book provides a rigorous proof of concept for feminist New Materialism, and deepens our understanding of several canonical writers. The Science of Character redraws late-century Victorian literary history.”

"With an acute ear for the references that give metaphors their edge, as in Eliot's unforgettable image of a squirrel’s heartbeat as a figure for that which we cannot bear to know, Brilmyer brings the soaringly evocative back to earth, giving us a new science of literary analysis."

List of Figures
Introduction Ethology, or the Science of Character
As Much an External Thing as a Tree or a Rock
A Power of Observation Informed by a Living Heart; or Involuntary, Palpitating
Inconsistency and Formlessness
Chapter 1 Plasticity, Form, and the Physics of Character in Eliot’s Middlemarch
Plastic Forms
Irregular Solids, Viscous Fluids
Chapter 2 Sensing Character in Impressions of Theophrastus Such
Theophrastus Who?
Descriptive Minutiae
To Sketch a Species
The Natural History of Human Life
After the Human
Chapter 3 The Racialization of Surface in Hardy’s Sketch of Temperament and Hereditary Science
The Color of Heredity
On the Whiteness of the Ground
Accretions of Character
Chapter 4 Schopenhauer and the Determination of Women’s Character
An English Start
The Character of the Will
Impulsive Aesthetics
Chapter 5 The Intimate Pulse of Reality; or, Schreiner’s Ethological Realism
The Ethics of Nature
The Ethics of Description
The Ethics of Force
Coda Spontaneous Generations of Character between Realism and Modernism
Acknowledgments
Bibliography
Index