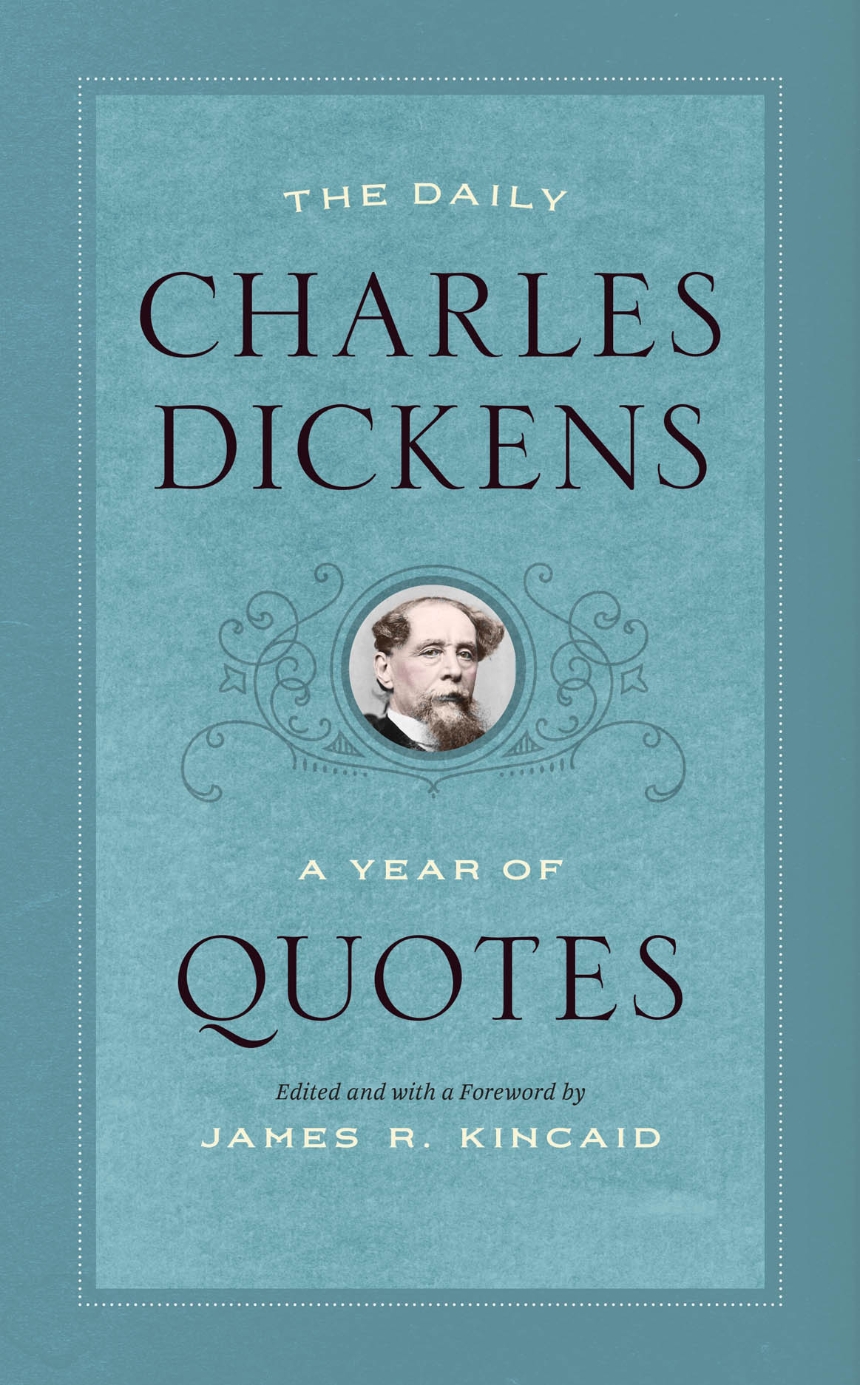 Edited and with a Foreword by James R. Kincaid
A charming memento of the Victorian era’s literary colossus, The Daily Charles Dickens is a literary almanac for the ages. Tenderly and irreverently anthologized by Dickens scholar James R. Kincaid, this collection mines the British author’s beloved novels and Christmas stories as well as his lesser-known sketches and letters for “an around-the-calendar set of jolts, soothings, blandishments, and soarings.”

A bedside companion to dip into year round, this book introduces each month with a longer seasonal quote, while concise bits of wisdom and whimsy mark each day. Hopping gleefully from Esther Summerson’s abandonment by her mother in Bleak House to a meditation on the difficult posture of letter-writing in The Pickwick Papers, this anthology displays the wide range of Dickens’s stylistic virtuosity—his humor and his deep tragic sense, his ear for repetition, and his genius at all sorts of voices. Even the devotee will find between these pages a mix of old friends and strangers—from Oliver Twist and Ebenezer Scrooge to the likes of Lord Coodle, Sir Thomas Doodle, Mrs. Todgers, and Edwin Drood—as well as a delightful assortment of the some of the novelist’s most famous, peculiar, witty, and incisive passages, tailored to fit the season. To give one particularly apt example: David Copperfield blunders, in a letter of apology to Agnes Wickfield, “I began one note, in a six-syllable line, ‘Oh, do not remember’—but that associated itself with the fifth of November, and became an absurdity.”

Never Pecksniffian or Gradgrindish, this daily dose of Dickens crystallizes the novelist’s agile humor and his reformist zeal alike. This is a book to accompany you through the best of times and the worst of times.

“Dickens was a chronicler of Victorian times, an entertainer and a fighter for social justice. So what book lover wouldn’t want a daily quote to chew on to start the day?.”