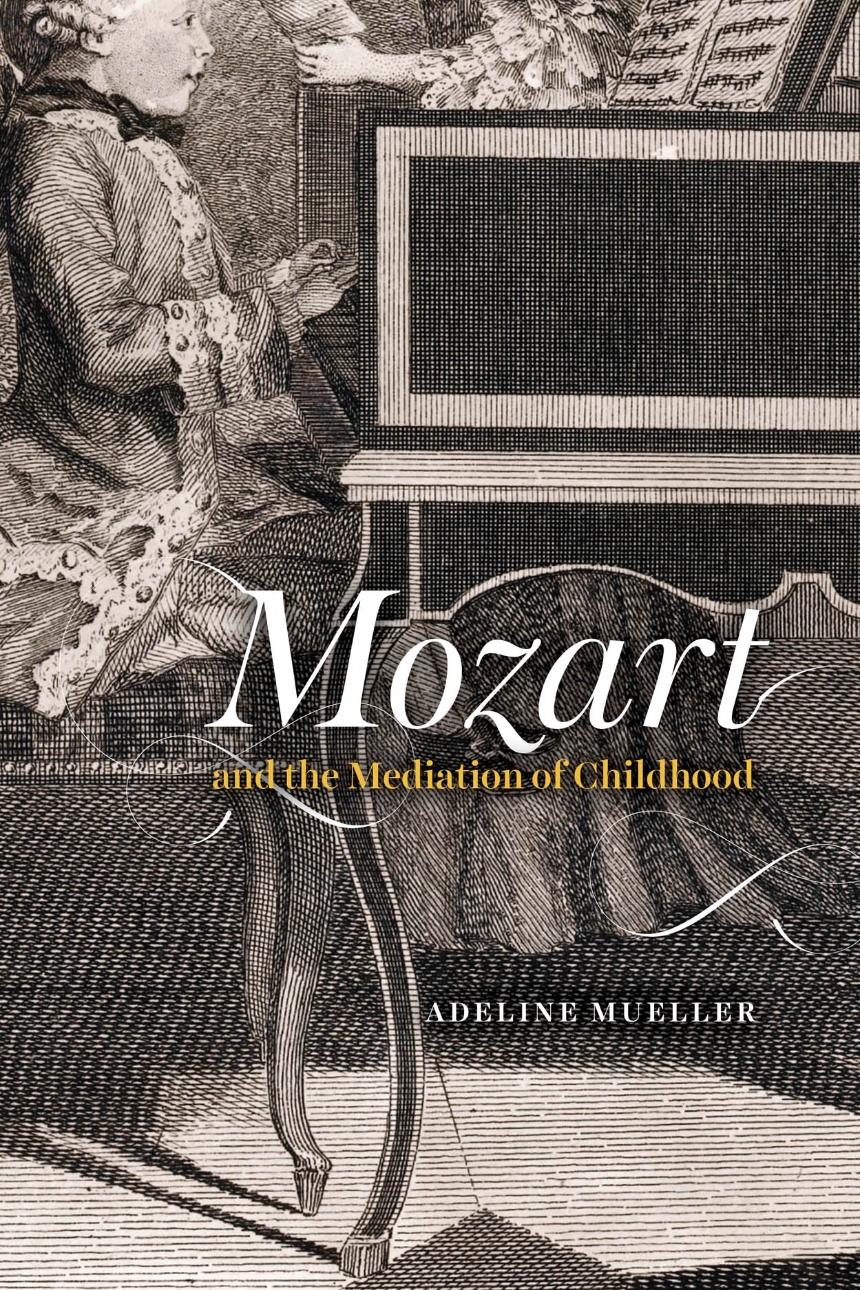 Mozart and the Mediation of Childhood

Mozart and the Mediation of Childhood

The story of Wolfgang Amadeus Mozart’s precocity is so familiar as to be taken for granted. In scholarship and popular culture, Mozart the Wunderkind is often seen as belonging to a category of childhood all by himself. But treating the young composer as an anomaly risks minimizing his impact. In this book, Adeline Mueller examines how Mozart shaped the social and cultural reevaluation of childhood during the Austrian Enlightenment. Whether in a juvenile sonata printed with his age on the title page, a concerto for a father and daughter, a lullaby, a musical dice game, or a mass for the consecration of an orphanage church, Mozart’s music and persona transformed attitudes toward children’s agency, intellectual capacity, relationships with family and friends, political and economic value, work, school, and leisure time.

Thousands of children across the Habsburg Monarchy were affected by the Salzburg prodigy and the idea he embodied: that childhood itself could be packaged, consumed, deployed, “performed”—in short, mediated—through music. This book builds upon a new understanding of the history of childhood as dynamic and reciprocal, rather than a mere projection or fantasy—as something mediated not just through texts, images, and objects but also through actions. Drawing on a range of evidence, from children’s periodicals to Habsburg court edicts and spurious Mozart prints, Mueller shows that while we need the history of childhood to help us understand Mozart, we also need Mozart to help us understand the history of childhood.

“This is a deeply learned yet delightfully readable book. Mueller weaves together musicology and childhood studies in a way that is truly prodigious. Her revelatory arguments unfold with the glittering nimbleness of a Mozart symphony. Mueller uncovers previously unexplored connections between music and philosophy, pedagogy, children’s literature, drama, politics, religion, and disability. This fascinating book is a must-read for scholars working not just in musicology but also in children’s literature and childhood studies, the history of education and print culture, and theater and performance studies.”

“Through buoyant prose, Mueller’s work puts a figure as familiar as Mozart in a completely new interdisciplinary frame. Mueller draws on a fantastic array of primary and secondary sources reflecting the social facts and developing mythologies of childhood. Taking nothing for granted in her scholarship, she is able to make broad claims without overgeneralizing. This book should appeal to people with an interest in constructions of childhood, as well as to general scholars of the Enlightenment, and of course to music historians.”

“This book investigates how ‘Mozart,’ a mediated figure in the public imagination, is a useful lens through which to examine the changing ideas about childhood, both in the Enlightenment and into the nineteenth century. This is by far the most extensive study on the topic, and there is no doubt that this is distinctly original, well-researched work. Mueller has done a wonderful job of laying out the stakes of childhood in the late Enlightenment and beyond.”

“This is a thoughtful and incisive account of Mozart and childhood in the late eighteenth century. . . . Addressing an impressively broad range of literature and cultural contexts, Mueller skillfully demonstrates Mozart’s pivotal position in discourse relating to the ideas, practices, and realities of childhood. Her study intelligently reshapes our understanding of the young Mozart and his historical and cultural significance.”

"Adeline Mueller has written a very inspiring and readable book about Mozart, which is about much more than Mozart."

Chapter 4. Kinderlieder and the Work of Play

Chapter 5. Cadences of the Childlike