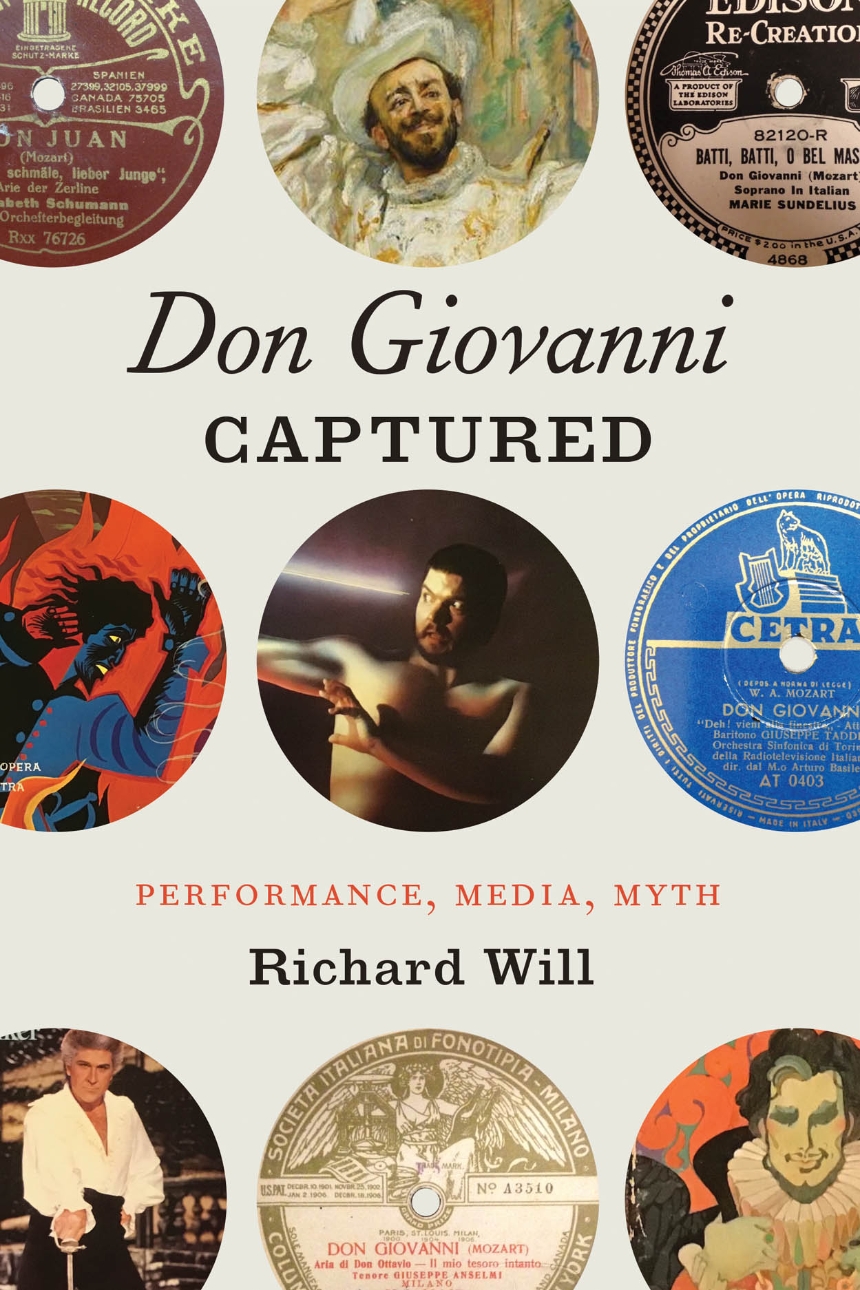 “Don Giovanni” Captured considers the life of a single opera, engaging with the entire history of its recorded performance.

Mozart’s opera Don Giovanni has long inspired myths about eros and masculinity. Over time, its performance history has revealed a growing trend toward critique—an increasing effort on the part of performers and directors to highlight the violence and predatoriness of the libertine central character, alongside the suffering and resilience of his female victims.

In “Don Giovanni” Captured, Richard Will sets out to analyze more than a century’s worth of recorded performances of the opera, tracing the ways it has changed from one performance to another and from one generation to the next. Will consults audio recordings, starting with wax cylinders and 78s, as well as video recordings, including DVDs, films, and streaming videos. As Will argues, recordings and other media shape our experience of opera as much as live performance does. Seen as a historical record, opera recordings are also a potent reminder of the refusal of works such as Don Giovanni to sit still. By choosing a work with such a rich and complex tradition of interpretation, Will helps us see Don Giovanni as a standard-bearer for evolving ideas about desire and power, both on and off the stage.

See supplementary audio and visual examples for the book.

“Richard Will’s ‘Don Giovanni’ Captured is a welcome addition to approaches to Mozart’s masterpiece, so often marooned in constraining music-critical discourse or run aground in moral debates. Armed now with Will’s multiple accounts of audio and visual recordings, we have a richly mediated history that will disrupt how we think about operas as ‘works’ while superseding more insular and less historical analyses. ‘Don Giovanni’ Captured, by building on a lively archive of performed recordings, will greatly expand the horizons of how we teach and think about this incomparable work.”

“This is a highly original book, one of the first to devote detailed and sustained attention to the history of a work’s recorded interpretation. It is quite astonishing to think that nothing of the sort has existed until now, given that we have lived with recordings for well over a century. ‘Don Giovanni’ Captured constitutes a most welcome and timely addition to the literature on Don Giovanni, Mozart’s operas, the genre of opera, and indeed the entire field of musicology.”

“Will combines social sensitivity with a rare trove of historical perceptions that will prove rewarding to readers who have some familiarity with Mozart’s score. His analysis of the changing sound and use of recitative, like his illustration of the crucial role of conductors, is especially enriching.”

Part I Clouds of Feeling: Excerpt Audio Recordings
1 Imagining Excerpts
2 Rhetorics of Seduction
3 Demons and Dandies
4 All Too Human