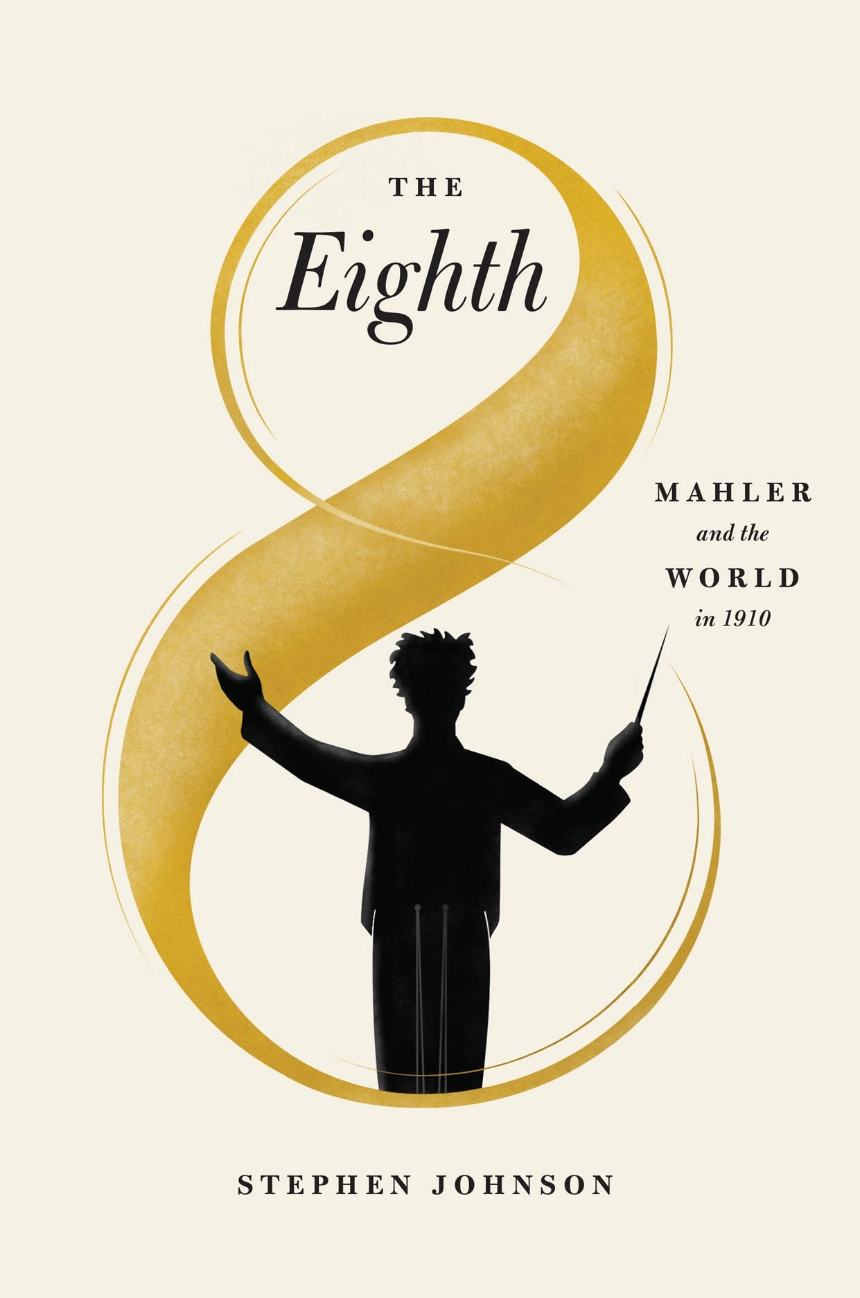 September 12, 1910: The world premiere of Gustav Mahler’s Eighth Symphony and the artistic breakthrough for which the composer had yearned all his life. Munich’s new Musik Festhalle was filled to capacity on two successive evenings for the performances, which were received with rapturous applause. Representatives of many European royal houses were in attendance, along with an array of stars from the musical and literary world, including Thomas Mann and the young Arnold Schoenberg. Also present were Alma Mahler, the composer’s wife, and Alma’s longtime lover, the architect Walter Gropius. Knowledge of their relationship would precipitate an emotional crisis in Mahler that, compounded with his heart condition and the loss of his young daughter Maria, would lead to his premature death the next year.

In The Eighth, Stephen Johnson provides a masterful account of the symphony’s far-reaching consequences and its effect on composers, conductors, and writers of the time. The Eighth looks behind the scenes at the demanding one-week rehearsal period leading up to the premiere—something unheard of at the time—and provides fascinating insight into Mahler’s compositional habits, his busy life as a conductor, his philosophical and literary interests, and his personal and professional relationships. Johnson expertly contextualizes Mahler’s work among the prevailing attitudes and political climate of his age, considering the art, science, technology, and mass entertainment that informed the world in 1910. The Eighth is an absorbing history of a musical masterpiece and the troubled man who created it.

“In a new book, The Eighth: Mahler and the World in 1910, the British composer and critic Stephen Johnson frames the symphony around the relationship between Mahler and his amorous wife, Alma, whom he feared losing. Much of Mahler’s music is death haunted. The Eighth stands out for its utter excess of love, the force beyond comprehension.”

"[A] thrilling study of Gustav Mahler’s Symphony No 8. . . . Johnson makes a strong case for its quality, musically and philosophically, in this magnificent, strongly argued and yet wonderfully subtle study. Whatever our final judgment may be on the Eighth, having read Johnson, we shall never listen to it in the same way again."

“Johnson has written an engaging and enthusiastic account of the Eighth. . . .  Johnson puts the symphony squarely in the context of Mahler’s musical career, and is happy to share his passionate keenness for the music.”

"Mahler’s Eighth Symphony is an extraordinary creature, vast in its ambitions and almost megalomaniacal in its demands. In The Eighth, Stephen Johnson leads us through all the complexities of the work with skill and sensitivity. It’s clearly a piece that he reveres. In its embrace of joy and spiritual uplift, it has been the most controversial of Mahler’s symphonies in our own day, lacking that juxtaposition of sublimity and the banal that makes the composer such a postmodern pin-up. Johnson’s defense involves not only a journey through the piece itself, underlining the subtlety and complexity that defy the overkill; but also a look at the world from which it sprang and the extraordinary and tangled personal story which somehow, despite all that objective joy, it still embodies."

"There have been many books on [Mahler] but Stephen Johnson's new volume is unique, concentrating on the composer's mighty Eighth Symphony (the 'Symphony of a Thousand'), setting the piece and Mahler's work in general within the context of the world and society he lived in. This is a book written with both passion and scholarship that will send listeners to the composer afresh."

"A new and different kind of book about Mahler. . . . This is a book ‘about’ the Eighth, rather than ‘on’ the Eighth, with this work as the focal point, rather than the subject, of this fascinating account. The piece and its premiere serve a center of gravity for an exceptionally engaging and wide-ranging exploration of Mahler’s late music, his fraught relationship with his wife, his engagement with philosophy, his place in one of the richest moments in cultural history, the emergence of psychoanalysis, and much more."

“Johnson writes vividly and personally about Mahler’s gigantic Eighth Symphony and its extravagant 1910 Munich premiere while also refusing to turn a blind eye to the excesses and chicaneries of the age. . . . This is a tale of the sordid and the sublime told by an enthusiastic and perceptive critic, who in the end leaves the reader in no doubt about the glories of the Eighth—a towering choral masterpiece presented on the cusp of a disastrous decade.”

Introduction: The Arrival of the Queen of Heaven

2 ‘Arise, Light of the Senses’

5 Approaching the Inexpressible: Words and Music in Mahler’s Eighth Symphony