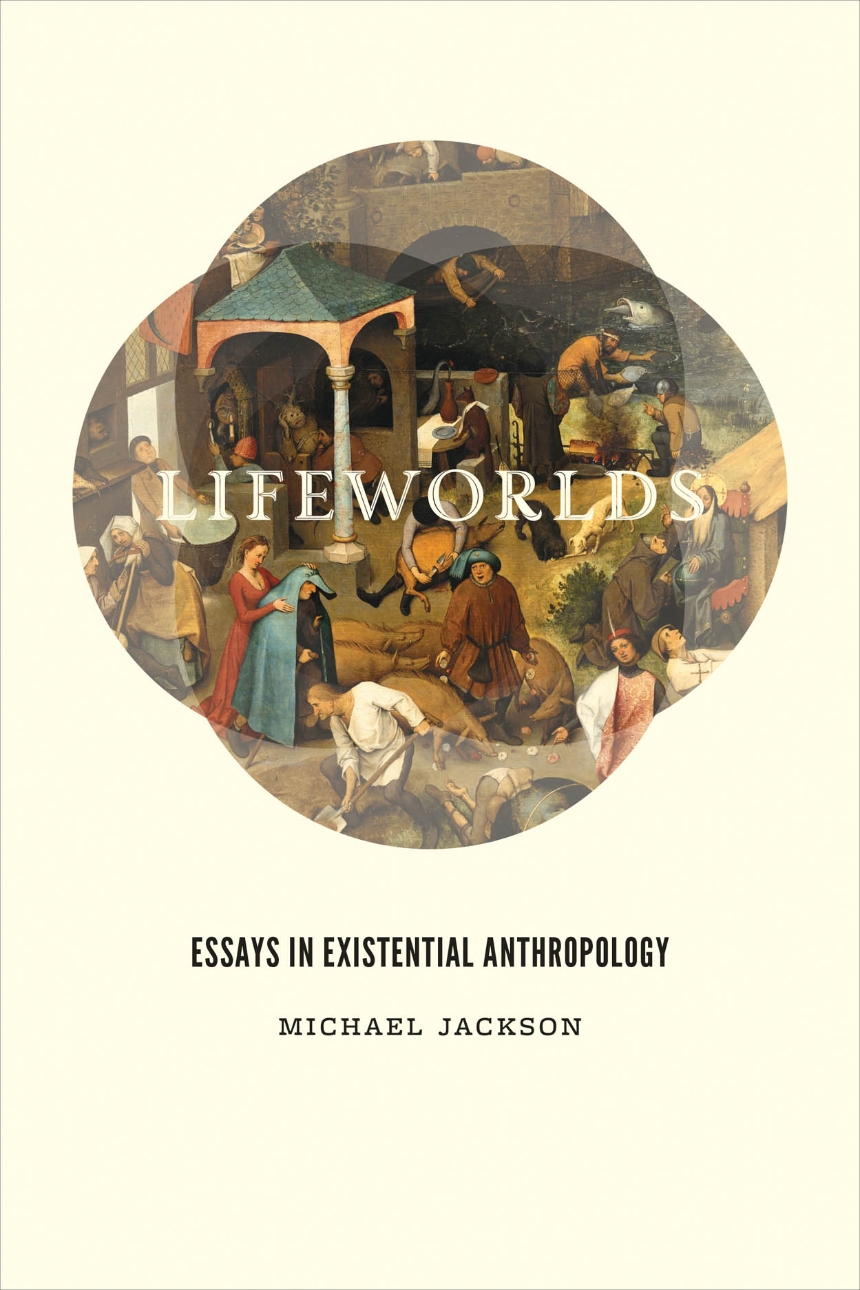 Michael Jackson’s Lifeworlds is a masterful collection of essays, the culmination of a career aimed at understanding the relationship between anthropology and philosophy. Seeking the truths that are found in the interstices between examiner and examined, world and word, and body and mind, and taking inspiration from James, Dewey, Arendt, Husserl, Sartre, Camus, and, especially, Merleau-Ponty, Jackson creates in these chapters a distinctive anthropological pursuit of existential inquiry. More important, he buttresses this philosophical approach with committed empirical research.
Traveling from the Kuranko in Sierra Leone to the Maori in New Zealand to the Warlpiri in Australia, Jackson argues that anthropological subjects continually negotiate—imaginatively, practically, and politically—their relations with the forces surrounding them and the resources they find in themselves or in solidarity with significant others. At the same time that they mirror facets of the larger world, they also help shape it. Stitching the themes, peoples, and locales of these essays into a sustained argument for a philosophical anthropology that focuses on the places between, Jackson offers a pragmatic understanding of how people act to make their lives more viable, to grasp the elusive, to counteract external powers, and to turn abstract possibilities into embodied truths.

“Lifeworlds is an extraordinary book, remarkable for its depth, scholarship, and lightness of touch. It puts the whole question of anthropology’s relation to philosophy in a new light. The framing of these essays by the first and last chapter as well as the experience of reading them as a series with the rippling effect of themes that are developed through different kinds of stories and through different voices makes one realize that Michael Jackson is not only a great ethnologist, he is also a major theoretician of anthropological knowledge. Not many people could have taken up such profound issues while wearing their scholarship so lightly.”

“This book offers a salutary reminder that the worth of a text is measured by the extent to which it is true to its author and to that of which he or she writes. That one of our number can write so well, and with such evident sincerity, should warm the hearts of all of us.”

“Michael Jackson is an extremely productive ethnographer, a serious reader of phenomenological and existential philosophy, and a remarkable writer at a level that one rarely sees in anthropology. Lifeworlds, unsurprisingly, is no exception. The several essays included here fit into an impressive whole that set out a compelling case for a type of ethnography of which Jackson is one of the masters. The writing is strong and the critical reflections impressive. This book defines an approach to anthropology that is resonant enough to challenge the leading models of our time.”

“Lifeworlds comprises a stellar set of essays that advances a convincing testament to the value and pressing need for an existential anthropology. I know of no other text that advances such a statement in such rich and informed terms. The writing is lively and engaging throughout, and the scholarship on which the text rests is strong and well informed. Michael Jackson, one of the leading and most innovative anthropologists today, draws on a wealth of anthropological, literary, and philosophical resources to make his case on the matter. Part anthropological inquiry, part philosophy, Lifeworlds stands out in the ranks of anthropological tomes published of late.”

1. The Scope of Existential Anthropology
2. How to Do Things with Stones
3. Knowledge of the Body
4. The Migration of a Name: Alexander in Africa
5. The Man Who Could Turn into an Elephant
6. Custom and Conflict in Sierra Leone: An Essay on Anarchy
7. Migrant Imaginaries: With Sewa Koroma in Southeast London
8. The Stories That Shadow Us
9. Foreign and Familiar Bodies: A Phenomenological Exploration of the Human–Technology Interface
10. The Prose of Suffering
11. On Autonomy: An Ethnographic and Existential Critique
12. Where Thought Belongs: An Anthropological Critique of the Project of Philosophy
Epilogue
Acknowledgments
Notes
Index