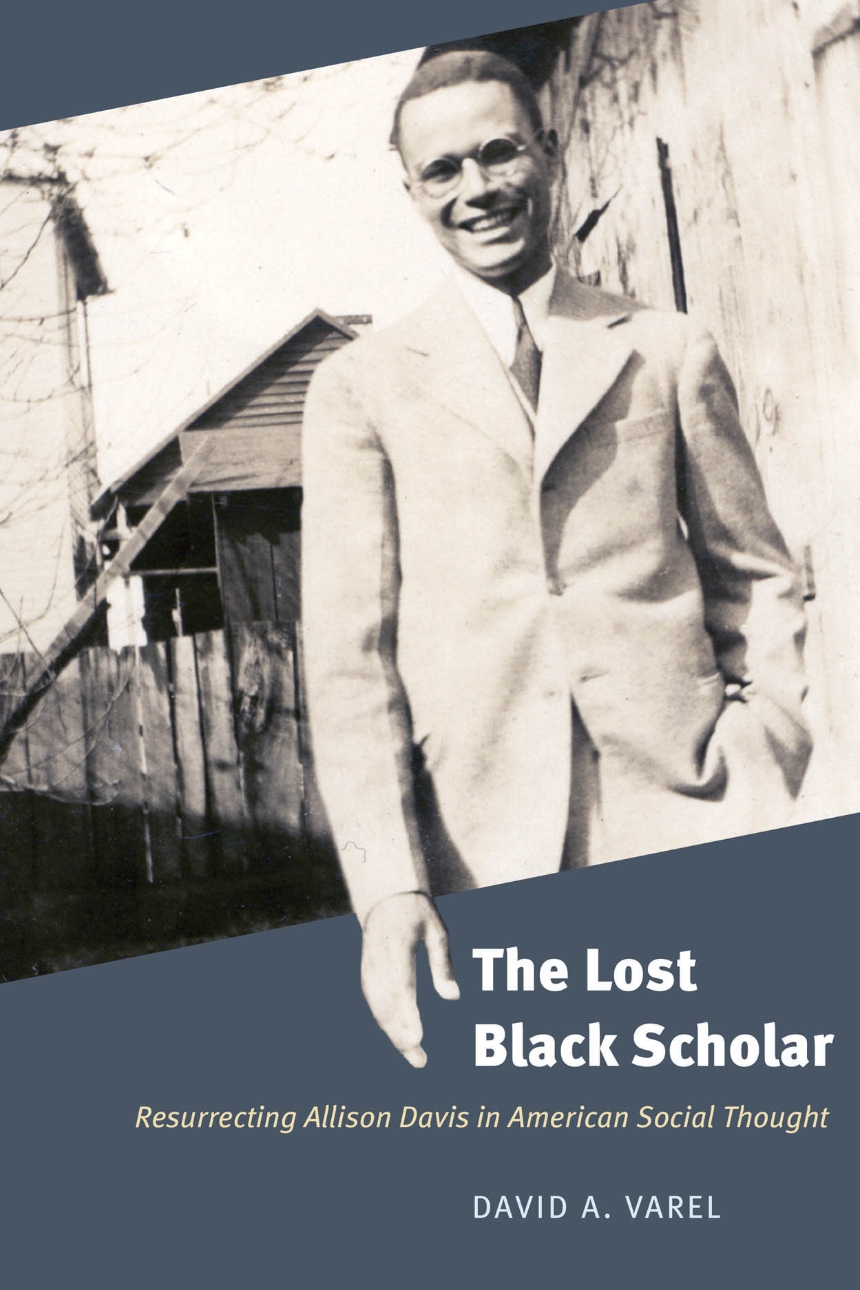 Allison Davis (1902–83), a preeminent black scholar and social science pioneer, is perhaps best known for his groundbreaking investigations into inequality, Jim Crow America, and the cultural biases of intelligence testing. Davis, one of America’s first black anthropologists and the first tenured African American professor at a predominantly white university, produced work that had tangible and lasting effects on public policy, including contributions to Brown v. Board of Education, the federal Head Start program, and school testing practices. Yet Davis remains largely absent from the historical record. For someone who generated such an extensive body of work this marginalization is particularly surprising. But it is also revelatory.

In The Lost Black Scholar, David A. Varel tells Davis’s compelling story, showing how a combination of institutional racism, disciplinary eclecticism, and iconoclastic thinking effectively sidelined him as an intellectual. A close look at Davis’s career sheds light not only on the racial politics of the academy but also the costs of being an innovator outside of the mainstream. Equally important, Varel argues that Davis exemplifies how black scholars led the way in advancing American social thought. Even though he was rarely acknowledged for it, Davis refuted scientific racism and laid bare the environmental roots of human difference more deftly than most of his white peers, by pushing social science in bold new directions. Varel shows how Davis effectively helped to lay the groundwork for the civil rights movement.

“Meticulous and comprehensive. . . The Lost Black Scholar is an exciting and innovative intellectual biography of Allison Davis, easily one of the most brilliant and accomplished academics of the twentieth century. . . This well-written and exquisitely researched book may be a generation late in the making, however, it compensates for the time lost. Varel’s excellent award-caliber treatise on the life and career of Allison Davis is a major contribution to the historiography on Black scholars in the academy and, because of it, Davis’ legacy will only expand. It cannot be read without profit.”

“Effectively links the past to the present. . . The Lost Black Scholar is well researched, relying on numerous archives and the Davis family's personal records. . . .  There is a lesson to be learned from Davis's life, which Varel poignantly makes: efforts must be made to create new social systems that provide equity ”

“Scholars like W. E. B. Du-Bois, St. Clair Drake, and John Hope Franklin are familiar names in African American historiography, but Varel laments the lesser acclaim accorded Davis. Varel’s research assesses the scholarship of Davis in mid-century America in the context of the pervasive racism that haunted (if not shaped) his professional career. . . . Varel has mined neglected archival sources and provided a useful representation of how a serious scholar navigated, with considerable success, the turbulent waters of race and scholarship in mid-century America.”

“Well-researched and erudite. . . The Lost Black Scholar is an important contribution to our understanding of the history of twentieth-century social science in the United States. Varel does an excellent job in explaining the social and intellectual context for Davis’s work.”

“Varel skillfully uses the story of Allison Davis—a social scientist in the fields of anthropology, sociology, and education—to tell a larger story of African American intellectual strivings before and during the Civil Rights Movement. . . . If those contributions were merely what Varel covered here, the book would be important in its own right. But what also adds to The Lost Black Scholar is how Varel connects Davis’ earlier life in Washington, D.C. to his own strivings in the academy and beyond. . . . After reading The Lost Black Scholar, it will be difficult to forget about the achievements of social scientist Allison Davis.”

“In this trim and athletic volume, Varel successfully shows us the importance of Davis’s work and life. . . The Lost Black Scholar is clearly written and almost relentlessly structured, moving through topics, trends, and viewpoints in an order that makes reading a breeze. As a result, it can be read by anyone who cares about Davis and his work, not just academic anthropologists—an important consideration given Varel’s goal of bringing Davis back into the public record as a prominent African-American scholar.”

“In The Lost Black Scholar, David A. Varel has sought to bring Allison Davis out of the shadows and he succeeds quite convincingly. This book is an important contribution to African American history, education history, and social science history. There are numerous books on African American scholars in the twentieth century, but this is the first on Davis—he is well worth the attention.”

“The Lost Black Scholar draws deeply from a rich and varied set of archival material. Varel does a masterful job of documenting Allison Davis’s career path and showing how his efforts fit into the intellectual currents circumscribing the African American social condition in the early and mid-twentieth century. This book should awaken and stimulate interest in Davis, and encourage greater understanding of the consequences and politics of racial scholarship.”