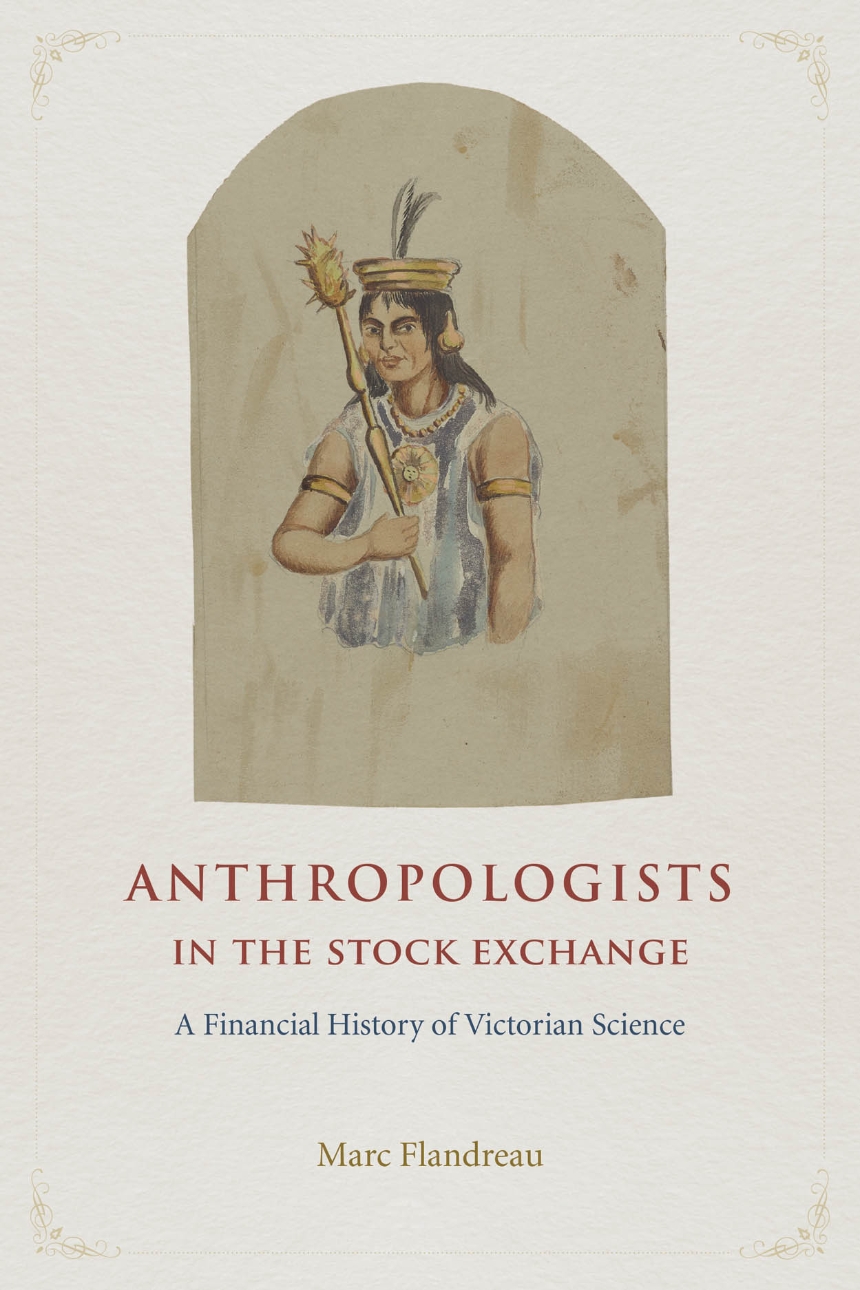 Anthropologists in the Stock Exchange

A Financial History of Victorian Science

Anthropologists in the Stock Exchange

A Financial History of Victorian Science

Uncovering strange plots by early British anthropologists to use scientific status to manipulate the stock market, Anthropologists in the Stock Exchange tells a provocative story that marries the birth of the social sciences with the exploits of global finance. Marc Flandreau tracks a group of Victorian gentleman-swindlers as they shuffled between the corridors of the London Stock Exchange and the meeting rooms of learned society, showing that anthropological studies were integral to investment and speculation in foreign government debt, and, inversely, that finance played a crucial role in shaping the contours of human knowledge.

Flandreau argues that finance and science were at the heart of a new brand of imperialism born during Benjamin Disraeli’s first term as Britain’s prime minister in the 1860s. As anthropologists advocated the study of Miskito Indians or stated their views on a Jamaican rebellion, they were in fact catering to the impulses of the stock exchange—for their own benefit. In this way the very development of the field of anthropology was deeply tied to issues relevant to the financial market—from trust to corruption. Moreover, this book shows how the interplay between anthropology and finance formed the foundational structures of late nineteenth-century British imperialism and helped produce essential technologies of globalization as we know it today.

“Economic historian Flandreau takes seriously the role anthropologists played as brokers when European colonialism and empire dominated the globe during the mid-19th century. He provides a different lens or modality of knowledge than the traditional bureaucratic modality, which links bureaucratic authority to knowledge production and institution creation. The author calls the new framework the ‘stock exchange modality,’ and views it as important because commercial expansion was the financial context to the formation of imperial knowledge. Flandreau seeks to ‘derive a novel theoretical perspective on the making of anthropology through a renewed understanding of the making of its institutions.’ He cleverly demonstrates who, why, and how anthropology was used and valued by the agents of the London Stock Exchange, which was heavily invested (literally and figuratively) in assessing the value of colonial assets. The author artfully describes how some of the same social and political underpinnings deployed to promote railroads and steamships were used to promote learned societies. Flandreau, a detailed historian and great storyteller, describes the unsavory white-collar criminals and sophisticated scientists who manipulated and captured the value of science based on the rules of capital markets. Highly recommended.”

"Flandreau’s study of how science, power and the stock exchange mutually influence each other is a powerful product of this era, which began with the fall of Lehman Brothers in 2008. Perhaps it is no accident that Flandreau, of all economic historians, has performed the most radical break away from the quantitative orientation of his discipline."

"Flandreau goes a long way to revealing the complex interplay that existed in the creation of British anthropology."

"For scholars interested in the short-lived Anthropological Society or any of the key figures considered (Pim, Hyde Clarke, George Earl Church) there is plenty of detailed and valuable information to be found here."

British Society for Literature and Science

"Flandreau makes some real contributions... He has investigated several of the shadier gentlemanly capitalists, and he has demonstrated that financial chicanery could motivate anthropological research."

“Flandreau’s new book is simply remarkable. It will force us to rethink the foundations of anthropology.”

“An original and bold account showing that anthropologists in Victorian England were not only complicit in white-collar crimes but that anthropology itself benefited from and developed by the position of its personnel in both the scientific and financial sectors.”

“This path-breaking book explores the intersection between scientific enterprise, the evolution of Victorian learned societies, and finance. That imperial states used science and science ideologies to advance territorial claims—this is well known. That finance used ethnographic and geographic ‘truths’ debated in the fledgling anthropological and geographical societies for the crucial creation of ‘value’ to monetize largely tropical speculative ventures has been a hidden history. The human sciences and the institutions that developed around them were key elements not just in the globalization of knowledge but also that of finance capital and speculation. This remarkable history captures the depth of the interlinkages among protagonists whose identities and practices regularly blurred their economic and scientific roles. In this engagingly written volume, the rivalries, collusions, and corruptions that shaped tropical scrambles, tropical science, as well as money markets, come vividly to life.”

Susanna B. Hecht, author of The Scramble for the Amazon and the “Lost Paradise” of Euclides da Cunha

“How did personal networks and exchanges evolve into the impersonal networks and stock exchanges that formed the global financial markets of the late nineteenth century? Flandreau keeps exploring the sources and personalities of key players in the London Stock Exchange, where most of the debts of the world were traded. The deeper he goes, the more interesting become his findings—this time for the role played by promoters and anthropologists in expanding the scope of Britain’s informal empire.”

“This is one of the most fascinating books I have ever read. Flandreau’s breathtaking account of Victorian anthropology is a unique combination of economic insight, historical acumen, and literary brio. It challenges our understanding of the relationship between knowledge and empire. Moreover, it is a compelling denunciation of the vested interests lurking behind academic inquiry. The cannibals portrayed in this story are still with us. From the centers of global financial power they continue to shape the agenda of modern social science.”

Francesco Boldizzoni, author of The Poverty of Clio