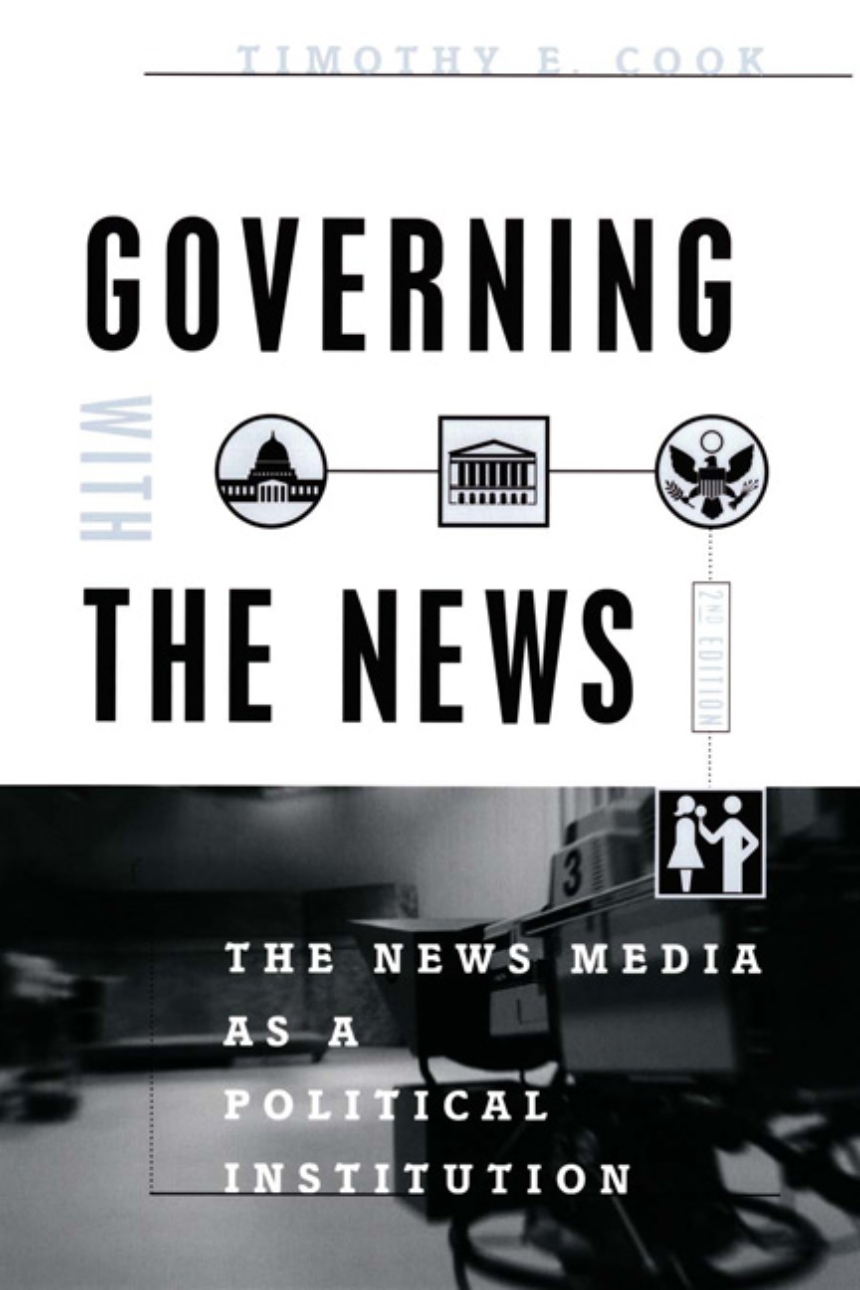 Governing With the News, Second Edition

The News Media as a Political Institution

Governing With the News, Second Edition

The News Media as a Political Institution

The ideal of a neutral, objective press has proven in recent years to be just that—an ideal. In Governing with the News, Timothy E. Cook goes far beyond the single claim that the press is not impartial to argue that the news media are in fact a political institution integral to the day-to-day operations of our government. This updated edition includes a new afterword by the author, which pays close attention to two key developments in the twenty-first century: the accelerating fragmentation of the mass media and the continuing decline of Americans’ confidence in the press.

"Provocative and often wise. . . . Cook, who has a complex understanding of the relationship between governing and the news, provides a fascinating account of the origins of this complicity."—James Bennet, Washington Monthly

"[Governing with the News] addresses central issues of media impact and power in fresh, illuminating ways. . . . Cook mines a wealth of historical and organizational literature to assert that the news media are a distinct political institution in our democratic system."—Robert Schmuhl, Commonweal

Acknowledgments
1. Introduction: Why Don’t We Call Journalists Political Actors?
Part One - The Political Development of the American News Media
2. The Decline of the Sponsored Press: American Newspapers in the Eighteenth and Nineteenth Centuries
3. The Subsidized News Media
Part Two - The Media as a Political Institution
4. The Institutional News Media
5. The Political News Media
Part Three - Government by Publicity
6. The Uses of News: Theory and (Presidential) Practice
7. Beyond the White House
8. Conclusion: The First Amendment and the Fourth Branch—Toward Redesigning a News Media Policy
Notes
Index