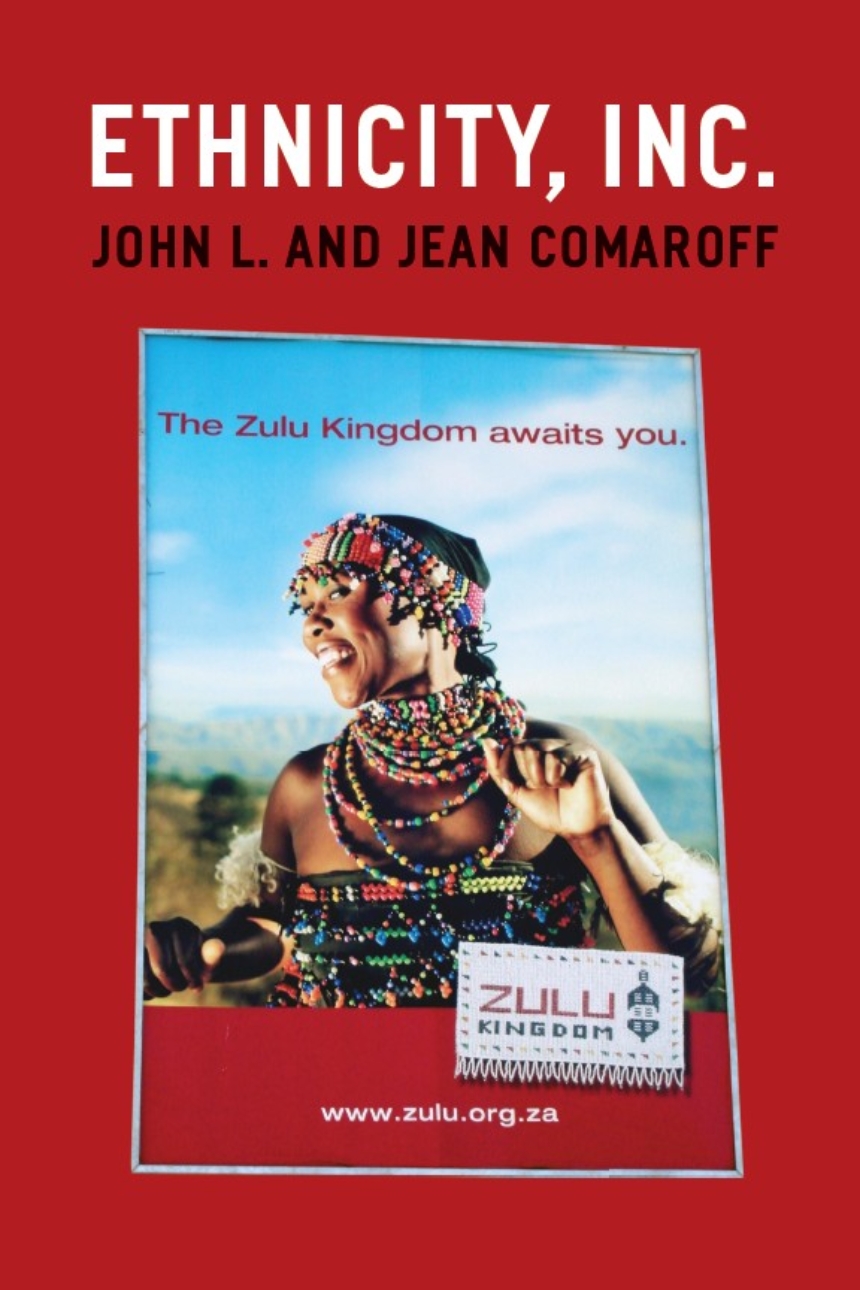 In Ethnicity, Inc. anthropologists John L. and Jean Comaroff analyze a new moment in the history of human identity: its rampant commodification. Through a wide-ranging exploration of the changing relationship between culture and the market, they address a pressing question: Wherein lies the future of ethnicity?

Their account begins in South Africa, with the incorporation of an ethno-business in venture capital by a group of traditional African chiefs. But their horizons are global: Native American casinos; Scotland’s efforts to brand itself; a Zulu ethno-theme park named Shakaland; a world religion declared to be intellectual property; a chiefdom made into a global business by means of its platinum holdings; San “Bushmen” with patent rights potentially worth millions of dollars; nations acting as commercial enterprises; and the rapid growth of marketing firms that target specific ethnic populations are just some of the diverse examples that fall under the Comaroffs’ incisive scrutiny. These phenomena range from the disturbing through the intriguing to the absurd. Through them, the Comaroffs trace the contradictory effects of neoliberalism as it transforms identities and social being across the globe.

Ethnicity, Inc. is a penetrating account of the ways in which ethnic populations are remaking themselves in the image of the corporation—while corporations coopt ethnic practices to open up new markets and regimes of consumption. Intellectually rigorous but leavened with wit, this is a powerful, highly original portrayal of a new world being born in a tectonic collision of culture, capitalism, and identity.

“The Comaroffs are among the very finest anthropologists working anywhere in the world today. As genuine leaders of the discipline, every new book they publish is an event, and this one is no exception. Ethnicity, Inc. will be a watershed for anyone looking for new ways to explain our neoliberal world. This extraordinarily lucid book is one of the most ambitious, wide-ranging, and thought-provoking pieces of anthropological scholarship written over the last few decades; it sets a standard other scholars can only hope to emulate.”

“John and Jean Comaroff have compressed a great many scintillating ideas into this book-length essay on ethnicity and its current transmutations. Drawing on examples from across the globe, they offer a powerful new hypothesis about why ethnicity refuses to succumb to modernization, and indeed how law, neoliberal markets, and new forms of possessive nominalism make ethnicity a critical element of the social logic of commodification. Their insights have the potential to spark new debates over a range of related issues in the study of global modernity, and will be read with profit by a wide range of critical scholars in both the social sciences and the humanities who are struggling to understand the many lives of ethnicity.”

2 Three or Four Things about Ethno-futures

5 A Tale of Two Ethnicities