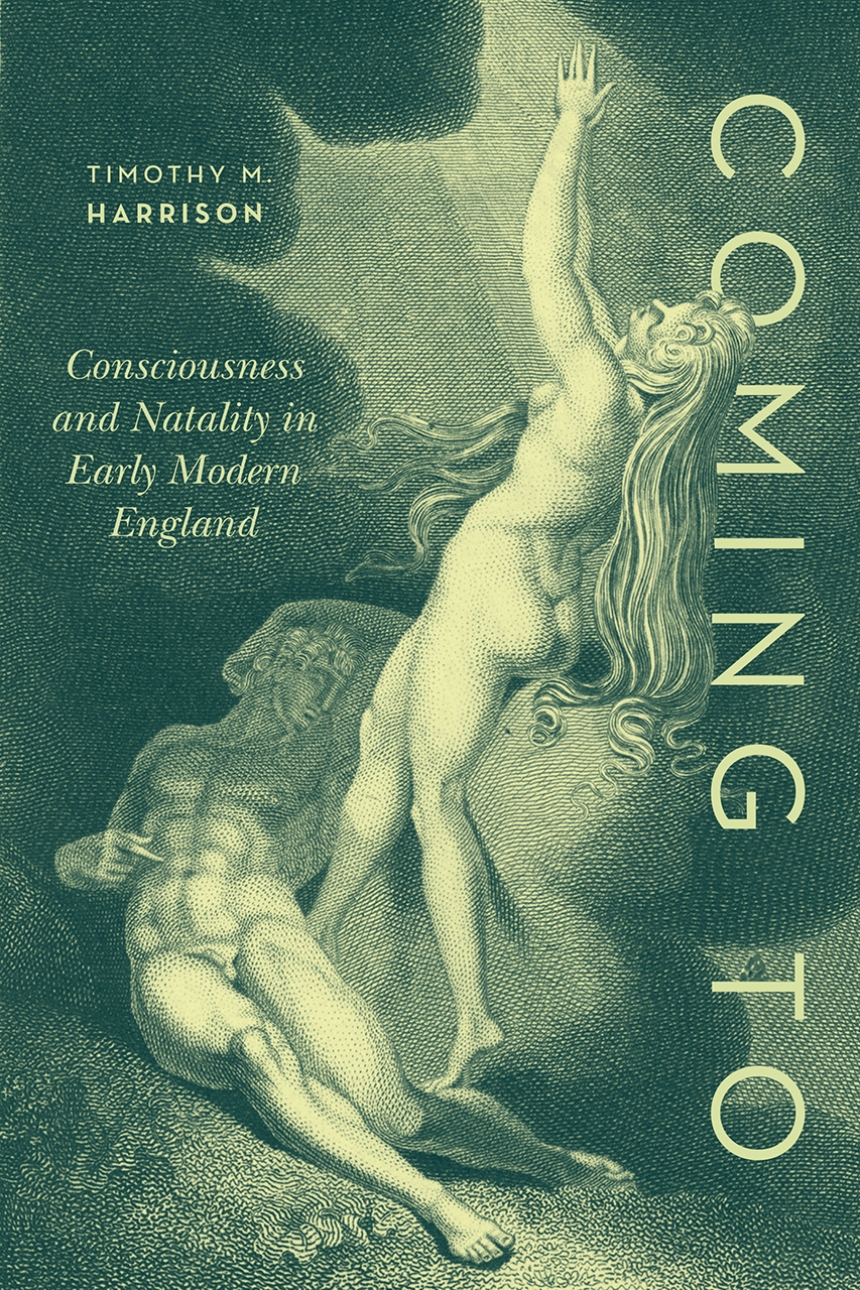 In Coming To, Timothy M. Harrison uncovers the forgotten role of poetry in the history of the idea of consciousness. Drawing our attention to a sea change in the English seventeenth century, when, over the course of a half century, “conscience” made a sudden shift to “consciousness,” he traces a line that leads from the philosophy of René Descartes to the poetry of John Milton, from the prenatal memories of theologian Thomas Traherne to the unresolved perspective on natality, consciousness, and ethics in the philosophy of John Locke. Each of these figures responded to the first-person perspective by turning to the origins of how human thought began. Taken together, as Harrison shows, this unlikely group of thinkers sheds new light on the emergence of the concept of consciousness and the significance of human natality to central questions in the fields of literature, philosophy, and the history of science.

"The idea that Eden was a place of discovery from the start is also the motivating insight of Harrison’s Coming To. Before Milton’s time, Harrison argues, 'consciousness' was a moral faculty, interchangeable with what God in book 3 of Paradise Lost calls 'my umpire conscience,' 'place[d] within' fallen humanity 'as a guide.' . . . Milton’s—and Harrison’s—minute attention to the fashioning of each blank verse line pays off in startling insights into the texture of what Milton’s contemporaries were just beginning to call consciousness.”

"This is an important work that scholars will want to return to often. . . . Summing Up: Highly recommended."

"Joining a growing wave of scientifically minded studies of Renaissance literature, Harrison finds real conceptual work in literature. As the shadow of STEM looms over the humanities, Harrison’s book is a timely reminder that literary scholarship can historically analyze scientific concepts without sacrificing its distinctive concerns for value and form. In fact, he shows the mimetic, particularizing character of literature to be a prerequisite for consciousness to emerge at all. . . . Coming To is a signal contribution to Milton studies and perhaps a watershed in the history of Traherne’s fortunes. . . . Harrison’s remarkable book lends history to, yet delicately preserves, what we might call the last miracle."

"Whereas previous scholarship understands the concept of consciousness as an invention of philosophers, Harrison challenges existing paradigms that place consciousness studies elsewhere, identifying the necessity of poetry in the development of consciousness. Coming To provides rich historical contextualization toward the book’s aim to not only identify the connection between natality and consciousness, but also point toward the social and political implications of that connection. . . . The objective of the book is to identify the intertwined nature of consciousness and natality so as to place consciousness studies within poetry and literary studies, which Harrison accomplishes wonderfully. Any students of philosophy, history, or early modern literature will find this book useful. Harrison’s book will undoubtedly become a staple text within childhood or women’s studies for scholars interested in the history of consciousness in relation to infancy and motherhood."

"Insightful... Coming To follows a doubled trajectory: insisting on poetry’s embeddedness in the history of consciousness and narrating the emergence of consciousness as fundamental to the development of early modern poetry. Harrison brings to life this entanglement through subtle, close readings of the early modern poets Thomas Traherne and John Milton, and the philosopher John Locke, all situated within their shared cultural matrix... Harrison’s book will be of interest to scholars of Renaissance literature, religion, and philosophy, particularly in the areas of experiential spirituality, devotional writing, and embodiment. Additionally, Coming To contributes to our understanding of the entwined early modern discourses of subjectivity, consciousness, and identity."

"Harrison’s Coming To pulls off the impressive feat of being both highly ambitious and methodologically meticulous. It looks to give a new account of the emergence of the idea of consciousness. . . . Harrison’s literary readings are acute, and his deployment of sources and antecedents across disciplines is resonant and heterogeneous. Inevitably in such a rich and varied study, some connections and correlations seem tighter than others. But Harrison expresses the hope that his unusual conjoining of Milton, Traherne, and Locke will come to seem sensible, and this is the least of his achievements in a volume that is full of interest and vitality."

"Harrison’s Coming To largely deals with Locke’s philosophy but much more generally with little-discussed cultural issues surrounding the rise of empiricist and Cartesian philosophy. . . . Harrison’s many unusually insightful connections in discussing these largely neglected topics make for a fascinating read."

"In Coming To, Harrison establishes the fundamental importance of poetic creation to the nascent early modern concept of consciousness . . . Harrison makes the case for poetry’s pressing relevance to how we think today."

"Harrison is a comprehensive scholar. . . . The arc of consciousness and its history is so wide that Harrison comes close to becoming an intellectual polymath as he leads the reader through his book. I have already found myself returning to it more than once."

“Harrison argues that the notion of consciousness emerged over the course of the seventeenth century by being connected with another concern: natality, the earliest, infant experiences of existence, beginning in the fetal state. This is original scholarship and thought, immensely and accurately learned, impressive in every way, and is likely to become a standard in the field of seventeenth-century studies, on a shelf with Martz, Lewalski, and Colie. I have read few books in a long time that are as technically accomplished and that strike me as not only interesting but also as important.”

“Harrison is an acute student of philosophy, an erudite guide to intellectual history, and a sensitive and revelatory reader of poetry. As in the very best studies of poetry and its intellectual contexts, Harrison demonstrates that poets do not merely reflect philosophical developments, they also shape them. In Coming To, Harrison, tracing a line from Descartes through Milton and Traherne to Locke, unearths the contribution of two poets to modern understandings of consciousness.”

Part 3: Locke and the Life of Consciousness
Chapter 5: Natality and Empiricism