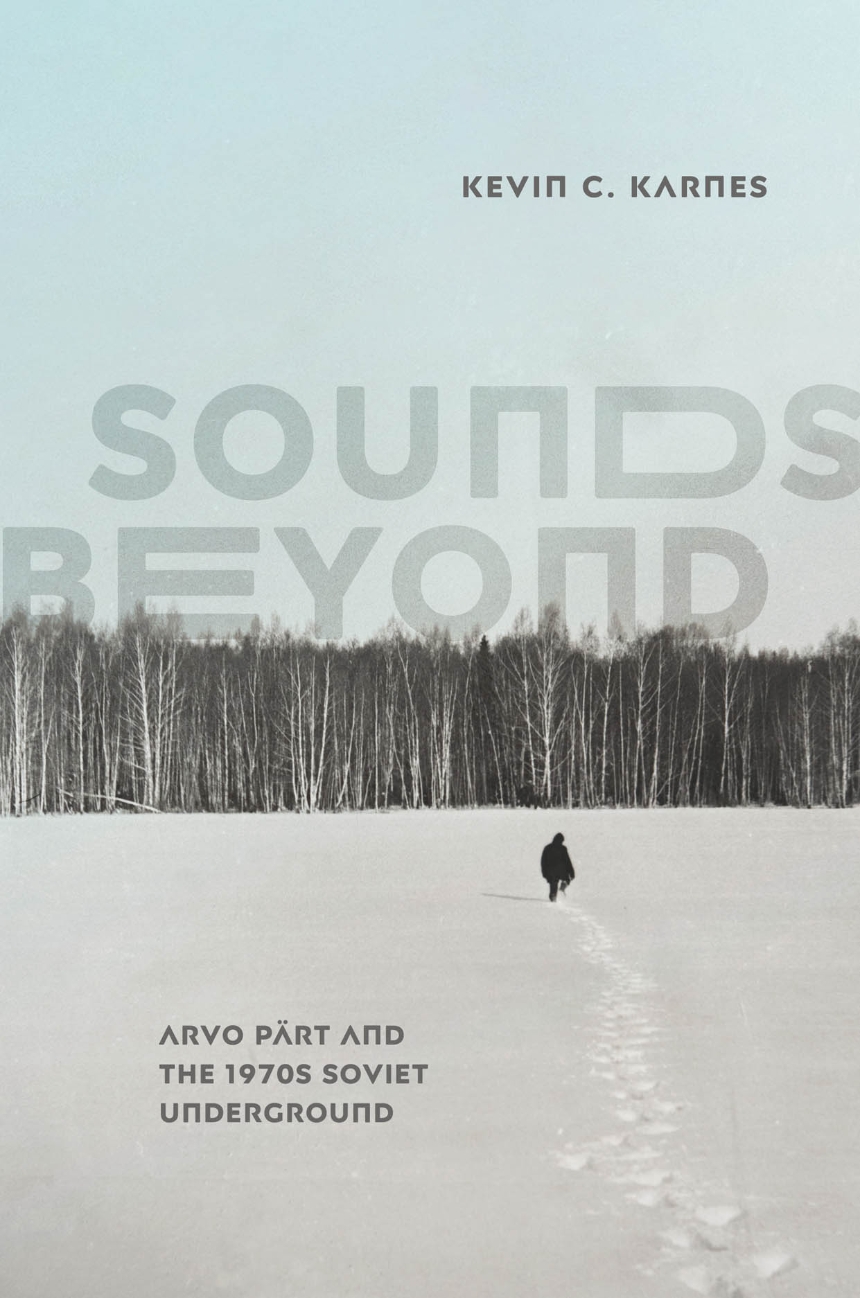 Sounds Beyond charts the origins of Arvo Pärt’s most famous music, which was created in dialogue with underground creative circles in the USSR.

In Sounds Beyond, Kevin C. Karnes studies the interconnected alternative music and art scenes in the USSR during the second half of the 1970s, revealing the audacious origins of some of Estonian composer Arvo Pärt’s most famous music. Karnes shows how Pärt’s work was created within a vital yet forgotten culture of collective experimentation, the Soviet underground.

Mining archives and oral history from across the former USSR, Sounds Beyond carefully situates modes of creative experimentation within their late socialist contexts. In documenting Pärt’s work, Karnes reveals the rich creative culture that thrived covertly in the USSR and the network of figures that made underground performances possible: students, audio engineers, sympathetic administrators, star performers, and aspiring DJs. Sounds Beyond advances a new understanding of Pärt’s music as an expression of the aesthetic and religious commitments shared, nurtured, and celebrated by many in Soviet underground circles. At the same time, this story attests to the lasting power of Pärt’s music. Dislodging the mythology of the solitary creative genius, Karnes shows that Pärt’s work would be impossible without community.

“With Sounds Beyond, Kevin C. Karnes gifts us a book that moves between archive and ethnography with imagination and care to profoundly reshape our understanding of the sonic, spiritual, and social worlds of the Soviet underground. Karnes is an accomplished storyteller who inhabits—and brings us into—the fecund, anxious scenes of Baltic musical life in the late 1970s that have had an outsized impact over the past five decades. Sounds Beyond locates the intonations of that time squarely in the lives of Arvo and Nora Pärt, Hardijs Lediņš, Gidon Kremer, Andres Mustonen, Alexei Lubimov, and many others to forever alter our hearing of their music and knowledge of artistic networks in the Soviet underground.”

“This remarkable book presents a compelling account of collaboration, experimentation, and ingenuity at the margins of Soviet musical life. Through painstaking scholarship and profound empathy, Karnes makes the sounds of the Soviet underground come alive.”

“In this sensitive, richly detailed portrait of the 1970s Soviet contexts for Arvo Pärt’s early tintinnabuli music, Karnes provides a fascinating glimpse of a lost time and place. Covering an eclectic range of genres and styles, from progressive rock to liturgical music (and beyond), Karnes’s book fundamentally alters our hearing of Pärt’s compositions and vastly expands our understanding of the subcultures in which they first flourished.”

"In the crowded field of Pärt studies, Kevin Karnes cleverly limits his scope in Sounds Beyond to the years 1976-78. . . . For Pärt fans or music theorists, the revelations that Karnes gleans from Pärt's compositional diaries will be the highlight here."

“Karnes shows the extent to which the experimental scenes of the USSR and the West were in dialogue and shared a number of common goals, despite the ironclad isolation to which the socialist regime kept the Soviet population... Crucially, the book situates Pärt just at the moment when he abandons his retirement from composition – the result of his disenchantment with serialism – and creates his characteristic tintinnabuli style.”