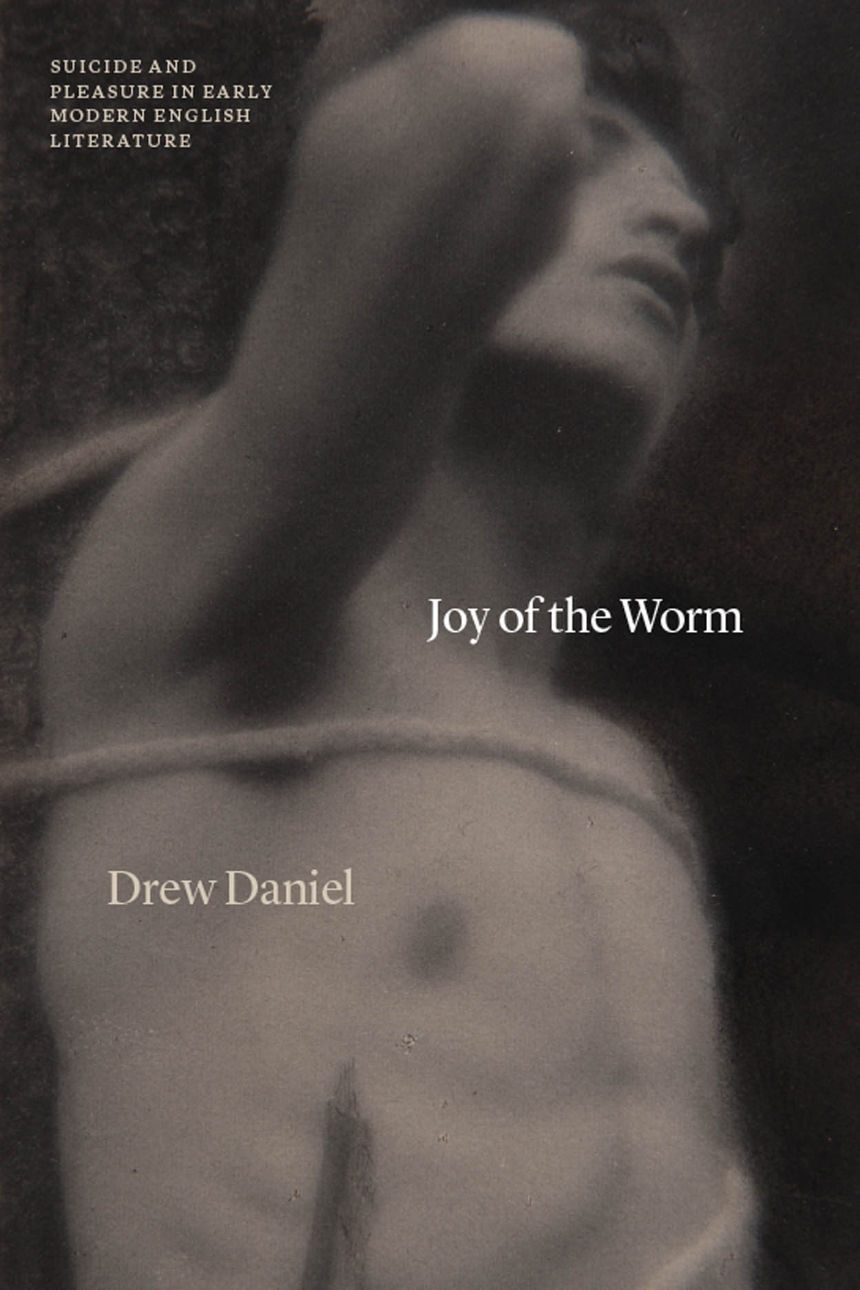 Joy of the Worm

Joy of the Worm

Consulting an extensive archive of early modern literature, Joy of the Worm asserts that voluntary death in literature is not always a matter of tragedy.

In this study, Drew Daniel identifies a surprisingly common aesthetic attitude that he calls “joy of the worm,” after Cleopatra’s embrace of the deadly asp in Shakespeare’s play—a pattern where voluntary death is imagined as an occasion for humor, mirth, ecstatic pleasure, even joy and celebration.

Daniel draws both a historical and a conceptual distinction between “self-killing” and “suicide.” Standard intellectual histories of suicide in the early modern period have understandably emphasized attitudes of abhorrence, scorn, and severity toward voluntary death. Daniel reads an archive of literary scenes and passages, dating from 1534 to 1713, that complicate this picture. In their own distinct responses to the surrounding attitude of censure, writers including Shakespeare, Donne, Milton, and Addison imagine death not as sin or sickness, but instead as a heroic gift, sexual release, elemental return, amorous fusion, or political self-rescue. “Joy of the worm” emerges here as an aesthetic mode that shades into schadenfreude, sadistic cruelty, and deliberate “trolling,” but can also underwrite powerful feelings of belonging, devotion, and love.

“The lucidity of Daniel’s razor-sharp prose is surpassed only by the boldness and sensitivity of his thought. Joy of the Worm resists the easy logic of secularization, whereby classical valorization and Christian condemnation of self-killing sequentially give way to a modern understanding of suicide as a cry for help. Instead, Daniel attunes us to materialist understandings and aesthetic representations of self-destruction in which cruelty and tenderness, sorrow and mirth, ugliness and beauty mingle conceptually and tonally. Daniel’s meticulous and humane readings attune us to a complex affective and social landscape surrounding suicide.”

“What happens if we take seriously the failed seriousness of literary scenes of self-killing? ‘Joy within death’ is the ambit of Daniel’s revelatory book, which gathers instances on both sides of Thomas Browne’s Religio Medici (1643)—the work that debuted the word ‘suicide’—to show this ‘contrary aesthetic tendency’ accreting generic force. By reckoning with the levity that animates the choice not to bear what must be borne, Joy of the Worm offers a brilliant and necessary meditation on the resources early modernity furnishes for finding pleasure in an age of destruction and setting down the burden of false hope.”

“Joy of the Worm is a brilliant, deeply thoughtful, conceptually agile, ethically serious, and surprisingly funny work. Before the emergence of suicide as the pathologized act we currently understand it to be, self-killing enabled a wider set of affective and aesthetic responses. Alert to the difficulty of this topic, Daniel moves deftly back and forth between our twenty-first-century present and the early modern past so that we can understand our own assumptions for what they are: historically contingent ways of framing and perhaps diminishing a fundamental human possibility.”

"The book is rich with references to literary critics, philosophers, and thinkers both ancient and modern; present-day thinking about suicide; and aspects of current popular culture but is always accessible and easy to follow. Undergraduates will find the sections on Hamlet and Antony and Cleopatra especially enlightening. . . . Highly recommended."

"It is a testament to the sheer brilliance of Drew Daniel’s new book—and by 'brilliance' I mean not only its impressive intelligence but also the delightful sparkle of its prose—that I found myself, while reading it, frequently giggling with glee over his meditations on the topic of [suicide] . . . Above all else — even beyond the persuasiveness of its arguments and sharp-eyed close readings — the enjoyment the book generates stems largely from the wit and eloquence of its writing."