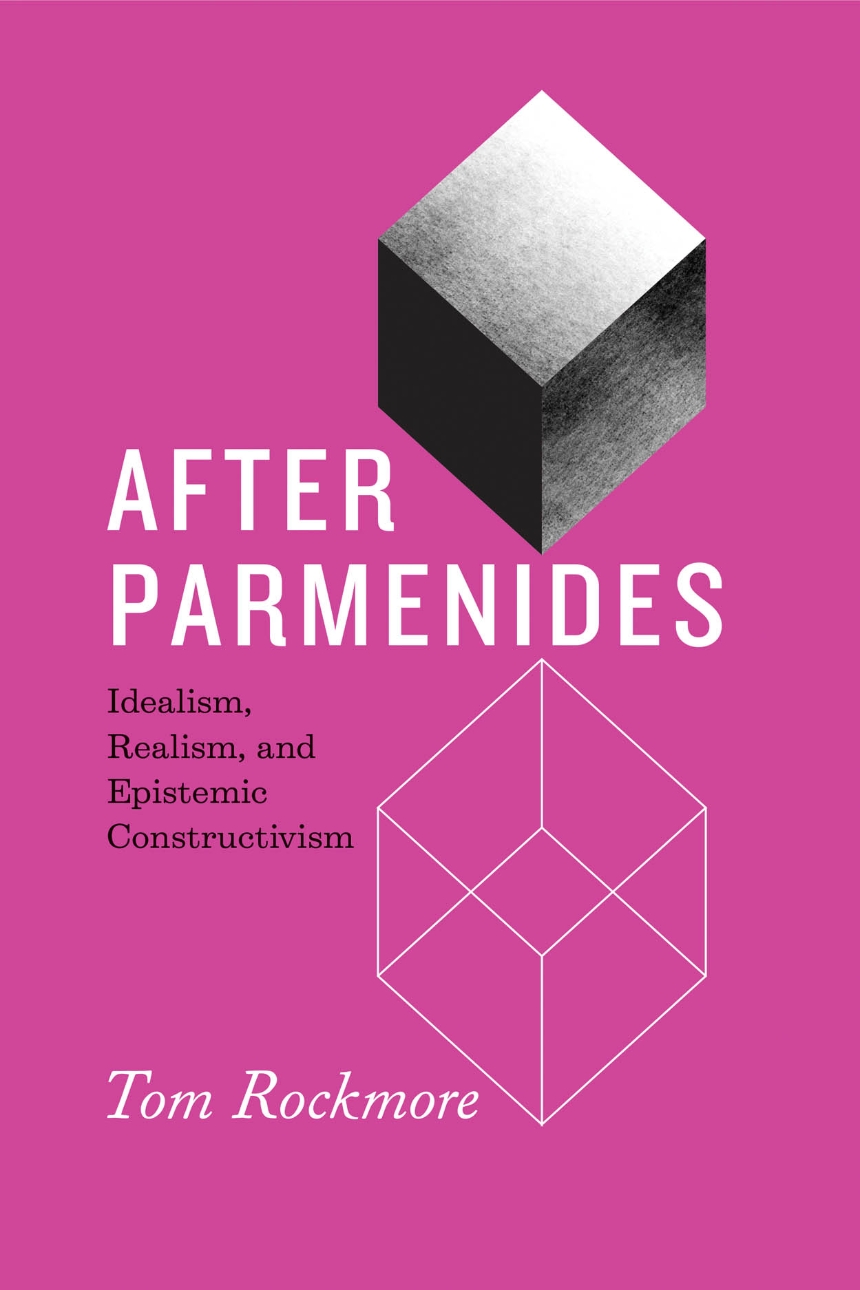 Engages with one of the oldest philosophical problems—the relationship between thought and being—and offers a fresh perspective with which to approach the long history of this puzzle.

In After Parmenides, Tom Rockmore takes us all the way back to the beginning of Western philosophy, when Parmenides asserted that thought and being are the same. This idea created a division between what the mind constructs as knowable entities and the idea that there is also a mind-independent real, which we can know or fail to know. Rockmore argues that we need to give up on the idea of knowing the real as it is, and instead focus on the objects of cognition that our mind constructs. Though we cannot know mind-independent objects as they “really” are, we can and do know objects as they appear to us.

After Parmenides charts the continual engagement with these ideas of the real and the knowable throughout philosophical history from Plato and Aristotle to Descartes, Kant, Fichte, Hegel, Schopenhauer, Marx, and others. This ambitious book shows how new connections can be made in the history of philosophy when it is reread through a new lens.

"This book will be useful to specialists working at the intersection of epistemology and metaphysics. Recommended. Graduate students, researchers, faculty."

“With characteristic clarity and breadth, Rockmore traces the history of the great struggle between idealism and realism from its origins in Parmenides onwards and his fateful claim that thought and being are the same. The reader cannot fail to be gripped by the debates laid out for us here and impressed by the erudition on display.”

Robert A. Stern, University of Sheffield

“Rockmore offers a thought-provoking thesis based on the Parmenidean roots of the philosophical enterprise. The ‘Dream of Philosophy’ boils down to two options: the Sisyphean pursuit of the real per se and a more promising alternative of constructivism and idealism. Constructivism no longer serves as the bogeyman of epistemology. Rockmore presents a convincing vindication, moving it from the philosophical fringe to the center. Elegantly and lucidly written, After Parmenides is highly recommended for philosophers and scholars across the humanities and the social sciences.”

"The overall aim of Rockmore’s book, announced on the first page, is to defend 'epistemic constructivism.' . . . as alternative to what Rockmore calls the 'standard approach,' [that] . . . remains “dominant” in Western philosophy since Parmenides, in whose claims he suggests it originates. If Parmenides’ original claims . . . could be vindicated, 'this would at long last demonstrate the approach to cognition as knowing the real.' But, Rockmore argues, they cannot, leaving us with the only alternatives that he sees as remaining: either an overarching skepticism, to be rejected, or the constructivist alternative he favors."