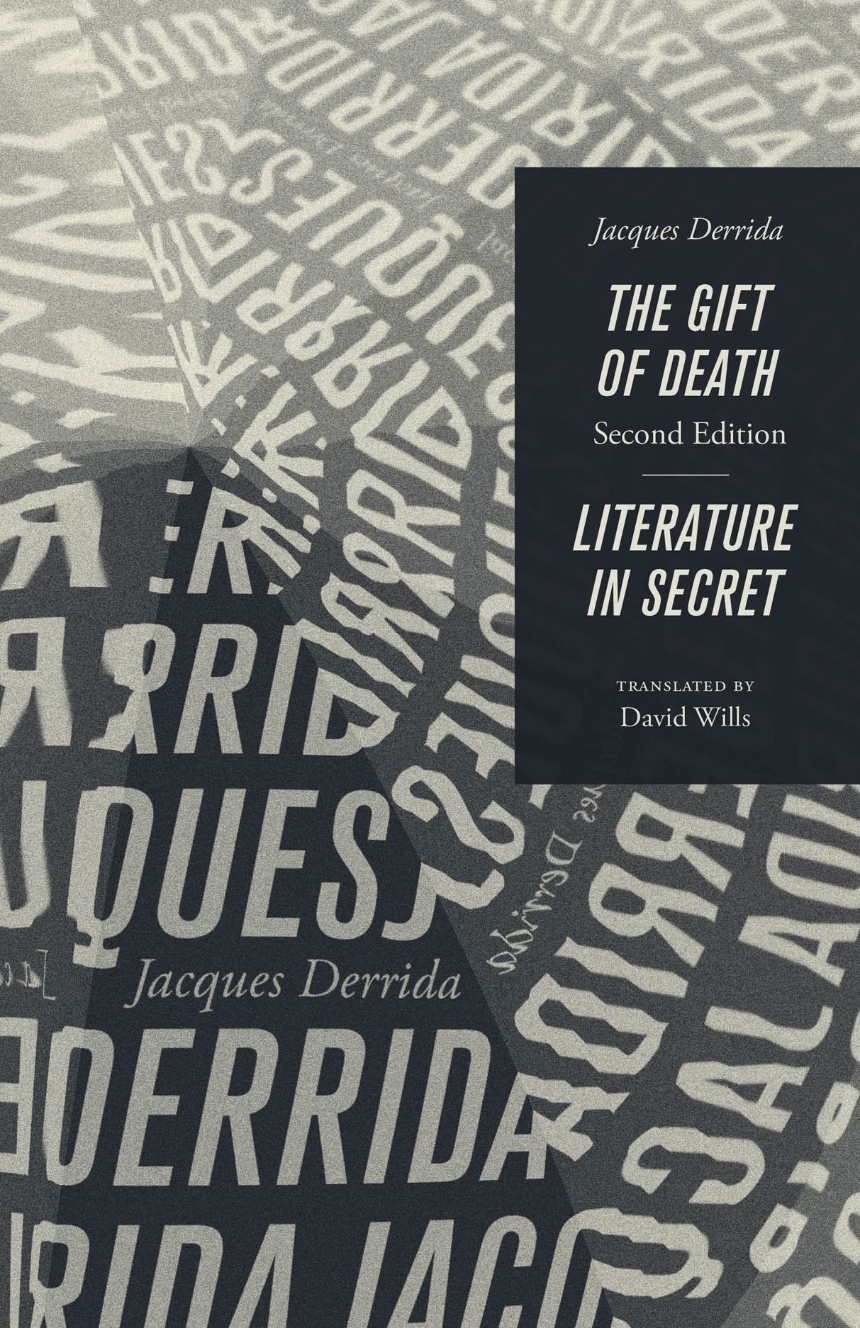 The Gift of Death, Second Edition & Literature in Secret

The Gift of Death, Second Edition & Literature in Secret

Translated by David Wills
The Gift of Death, Jacques Derrida’s most sustained consideration of religion, explores questions first introduced in his book Given Time about the limits of the rational and responsible that one reaches in granting or accepting death, whether by sacrifice, murder, execution, or suicide. Derrida analyzes Czech philosopher Jan Patocka’s Heretical Essays in the Philosophy of History and develops and compares his ideas to the works of Heidegger, Lévinas, and Kierkegaard. One of Derrida’s major works, The Gift of Death resonates with much of his earlier writing, and this highly anticipated second edition is greatly enhanced by David Wills’s updated translation.
This new edition also features the first-ever English translation of Derrida’s Literature in Secret. In it, Derrida continues his discussion of the sacrifice of Isaac, which leads to bracing meditations on secrecy, forgiveness, literature, and democracy. He also offers a reading of Kafka’s Letter to His Father and uses the story of the flood in Genesis as an embarkation point for a consideration of divine sovereignty.
“An important contribution to the critical study of ethics that commends itself to philosophers, social scientists, scholars of religion . . . [and those] made curious by the controversy that so often attends Derrida.”—Booklist, on the first edition

Translator’s Preface to the 2007 Edition

The Gift of Death

One
Secrets of European Responsibility
Two
Beyond: Giving for the Taking, Teaching and Learning to Give, Death
Three
Whom to Give to (Knowing Not to Know)
Four
Tout autre est tout autre


Literature in Secret: An Impossible Filiation

One
The Test of Secrecy: For the One as for the Other
Two
Father, Son, and Literature
Three
More Than One