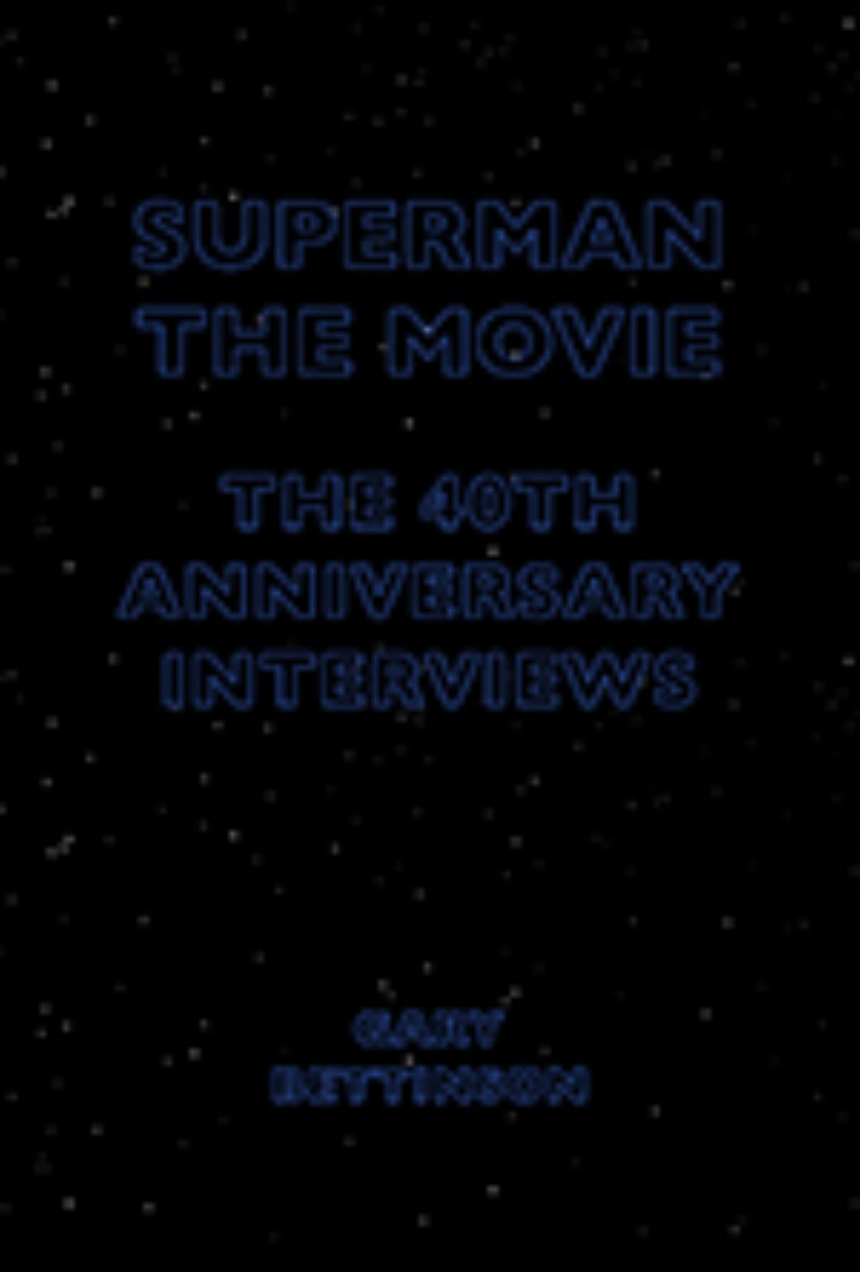 At a moment when superheroes dominate pop culture, Gary Bettinson takes us back to the first comic book blockbuster. Superman: The Movie – The 40th Anniversary Interviews takes us behind the scenes to reveal the personalities and expertise that went into making this landmark of Hollywood cinema.

Marking forty years since the film’s release, this book presents original interview transcripts with the cast and crew. It serves as a rare insider account of an acclaimed blockbuster that was steeped in controversy throughout production, from its record-breaking budget to conflicts between the director and producers. With refreshing candor, the interviewees cast light on the daily realities on set, as well as on the film’s release and reception. Beginning with the film’s inception and continuing through its runaway success, this book provides valuable insights into the practical logistics and day-to-day realities of mounting a big-budget production, at a time when high-concept Hollywood blockbusters were only just emerging as a genre.

"[An] excellent book. . . . Bettinson is a respectful and incisive interviewer, sensitive to issues which are still raw. Through the words of those involved, a picture is painted of a masterpiece created in spite of the duplicity, antagonism, insensitivity and even criminality that they expose. . . . I would strongly recommend this book to both the academic and casual reader. It offers insight into the technical and financial side of filmmaking as well as the emotional baggage that comes with such a complex undertaking."

"Apart from the detailed introduction, Bettinson steers away from a standard narrative, instead delivering a series of fascinating and insightful interviews packed with juicy information. Bettinson talks to Producer Pierre Spengler, Executive Producer Ilya Salkind, Director Richard Donner, Lois Lane, the late Margot Kidder, Jimmy Olsen actor Marc McClure, young Clark Jeff East, and Ursa and Non, actress Sarah Douglas and actor Jack O'Halloran, painting a picture of the production of these two beloved films. He charts their progress from page to screen, discussing the controversial directorial change between Donner and The Three Musketeers director Richard Lester, the desire to shoot the first two films together00inspired by splitting their previous film The Three Musketeers into two movies and the commercial success that brought--and how that acrimoniously fell apart."