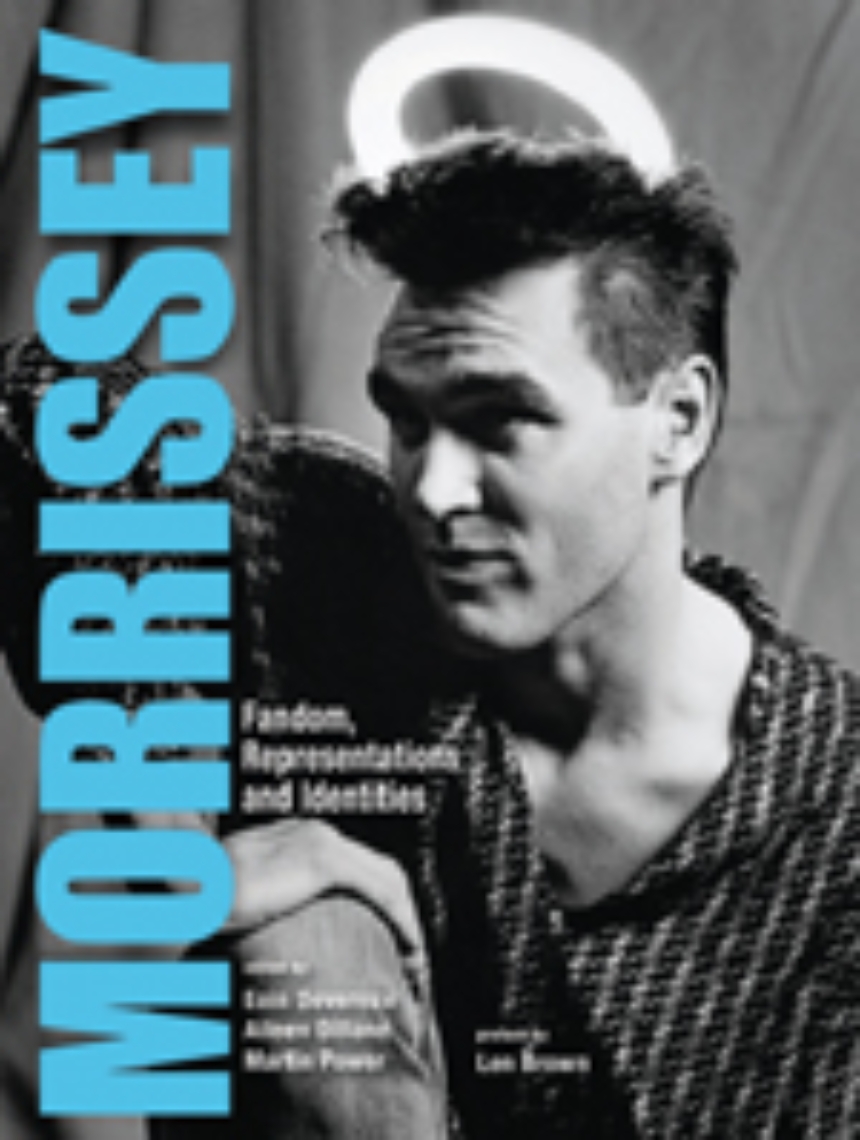 With a Preface by Len Brown

An influential star of British pop for more than three decades, Morrissey is known for his outspoken and often controversial views on class, ethnicity, and sexuality. Among critics and his many fans, he has long been seen as an anti-establishment figure who continues to provoke devotion, argument, and spirited debate.

This is the first collection of academic essays to focus exclusively on Morrissey’s solo career, and this important book offers a nuanced and rich reading of his highly influential creative and cultural output. Covering a broad range of academic disciplines and approaches, including musicology, ethnography, sociology, and cultural studies, these essays will be a must for fans of Morrissey or the Smiths, or those seeking to make sense of the many fascinating complexities of this global icon and controversial figure.

“A broad ranging, intellectually satisfying tapestry of interpretation that generates unique ways of thinking about celebrity, representation, and difference, as articulated in popular culture.”

Acknowledgements
Preface
Introduction: But Don’t Forget the Songs that Made You Cry and the Songs that Saved Your Life...
Eoin Devereux, Aileen Dillane and Martin J. Power

Chapter 1: ‘Suedehead’: Paving the Pilgrimage Path to Morrissey’s and Dean’s Fairmount, Indiana
Erin Hazard
Chapter 2: “The Seaside Town that They Forgot to Bomb”: Morrissey and Betjeman on Urban Regeneration and British Identity
Lawrence Foley
Chapter 3: In The Spirit of ’69? Morrissey and the Skinhead Cult
John H. Baker
Chapter 4: Fanatics, Apostles and NMEs
Colin Snowsell
Chapter 5: The “Teenage Dad” and “Slum Mums” are Just “Certain People I Know”: Counter Hegemonic Representations of the Working/Underclass in the Works of Morrissey
Martin J. Power
Chapter 6: In Our Different Ways We are the Same: Morrissey and Representations of Disability
Daniel Manco
Chapter 7: “My So Friendly Lens”: Morrissey as Mediated through His Public Image
Melissa Connor
Chapter 8: “Because I’ve only got Two Hands”: Western Art Undercurrents in the Poses and Gestures of Morrissey
Andrew Cope
Chapter 9: Moz: art: Adorno Meets Morrissey in the cultural Divisions
Rachel M. Brett
Chapter 10: Speedway for Beginners: Morrissey, Martyrdom and Ambiguity
Eoin Devereux and Aileen Dillane
Chapter 11: No Love in Modern Life: Matters of Performance and Production in a Morrissey Song
Eirik Askerøi
Chapter 12: ‘Vicar In A Tutu’: Dialogism, Iconicity and the Carnivalesque in Morrissey
Pierpaolo Martino
Chapter 13: Smiths Night: A Dream World Created Through Other People’s Music
Dan Jacobson and Ian Jeffrey
Chapter 14: Talent Borrows, Genius Steals: Morrissey and the Art of Appropriation
Lee Brooks
Chapter 15: ‘I’m Not the Man You Think I Am’: Morrissey’s Negotiation of Dominant Gender and Sexuality Codes
Elisabeth Woronzoff
Chapter 16: Melodramatic Morrissey: Kill Uncle, Cavell and the Question of the Human Voice
Johanna Sjöstedt
Chapter 17: ‘You Have Killed Me’—Tropes of Hyperbole and Sentimentality in Morrissey’s Musical Expression
Stan Hawkins