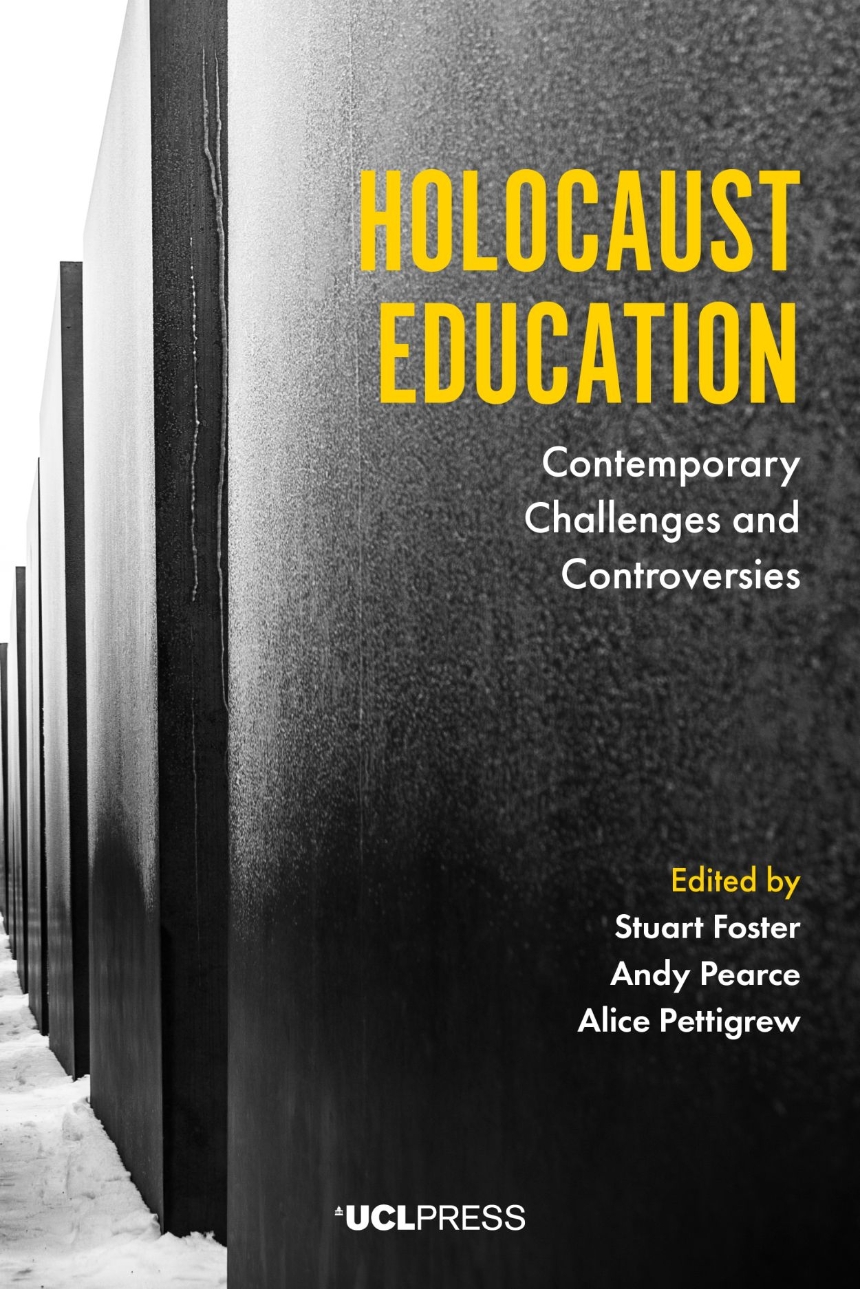 How do you teach children about the horrifying and systematic violence of the Holocaust? Especially when the very thing that makes it challenging—its intense and complex cruelty—also makes it so necessary to be taught?

Teaching and learning about the Holocaust is central to school curriculums across the globe. But the history of the Holocaust remains controversial and can render teaching it daunting, even to the most experienced instructors. Drawing on landmark research into teaching practices and students’ knowledge, Holocaust Education provides unique insights about classroom learning. It sheds light on key challenges in Holocaust education, including the impact of misconceptions and misinformation, the dilemma posed by images of atrocity, and how to approach teaching in ethnically diverse environments. Overviews of the most significant debates in Holocaust education provide wider context for the classroom evidence. Holocaust Education offers a vital guide, leading readers through some of the most vexed areas of Holocaust challenges and controversies for teachers, researchers, and policymakers.

List of Figures and tables Acknowledgements Preface 1.    Challenges, Issues and Controversies: The shapes of ‘Holocaust education’ in the early 21st Century Andy Pearce 2.    To what extent does the acquisition of historical knowledge really matter when studying the Holocaust? Stuart Foster 3.    ’It happened once so it can happen again’: Exemplary history and Holocaust pedagogy Arthur Chapman 4.    ’They were just following orders’: How Milgram’s obedience experiments influence narrow conceptions of Holocaust perpetration Rebecca Hale 5.    Look before you leap: Teaching about the Holocaust in primary schools Eleni Karayianni 6.    British Responses to the Holocaust: Student and teacher perspectives on the development of a new classroom resource Tom Haward 7.    ‘I know it’s not really true, but it might just tell us …’ The troubled relationship between The Boy in the Striped Pyjamas and understanding the Holocaust Darius Jackson 8.    Antisemitism and Holocaust education Andy Pearce, Stuart Foster and Alice Pettigrew 9.    Muslim students and the Holocaust in England’s secondary schools: ‘Reluctant learners’ or constructed controversies? Alice Pettigrew 10.    Seeing things differently: The use of atrocity images in teaching about the Holocaust Ruth-Anne Lenga Index