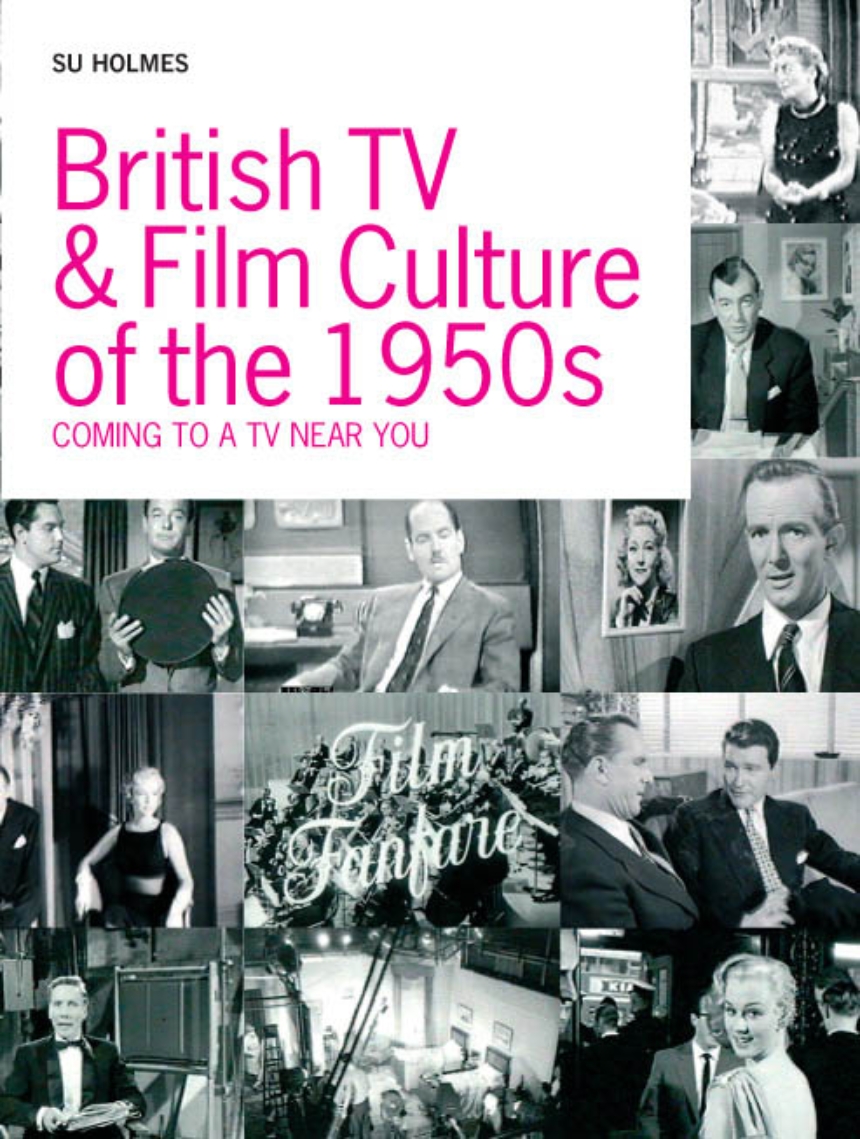 British TV and Film Culture in the 1950s

Coming to a TV Near You

British TV and Film Culture in the 1950s

Coming to a TV Near You

This book focuses on the emerging historical relations between British television and film culture in the 1950s. Drawing upon archival research, it does this by exploring the development of the early cinema programme on television - principally Current Release (BBC, 1952-3), Picture Parade (BBC, 1956) and Film Fanfare (ABC, 1956-7) - and argues that it was these texts which played the central role in the developing relations between the media. Particularly when it comes to Britain, the early co-existence of television and cinema has been seen as hostile and antagonistic, but in situating these programmes within the contexts of their institutional production, aesthetic construction and reception, the book aims to ‘reconstruct’ television’s coverage of the cinema as crucial to the fabric of British film and television culture at the time. It demonstrates how the roles of cinema and television - as media industries and cultural forms, but crucially as sites of screen entertainment - effectively came together at this time in such a way that is unique to this decade.

Illustrations
Acknowledgments
Introduction: Cinema in the Home: ‘The Entertainment of the Future?’

Chapter One: Broadcasting It: Approaching the Historical Relations between Cinema and Television
Chapter Two: The Cinema Programme Begins: Developing Film ‘Specially For Television Purposes and Technique’
Chapter Three: Current Release: Text and Audience
Chapter Four: The Cinema Programme in the Age of Competition: Picture Parade and Film Fanfare 1956-8
Chapter Five: ‘As They Really Are, and in Close-up’: Film Stars on 1950s Television
Chapter Six: Glamour, Showbusiness and Movies-in-the-Making: The Film Premiere and ‘Behind-the-Scenes’
Chapter Seven: Looking at the Wider Picture on the Small Screen: Reconsidering Television, Widescreen and the ‘X’ Certificate in the 1950s
Chapter Eight: ‘Picture Parade in Long Trousers’: Maturity and Change in the Cinema Programme