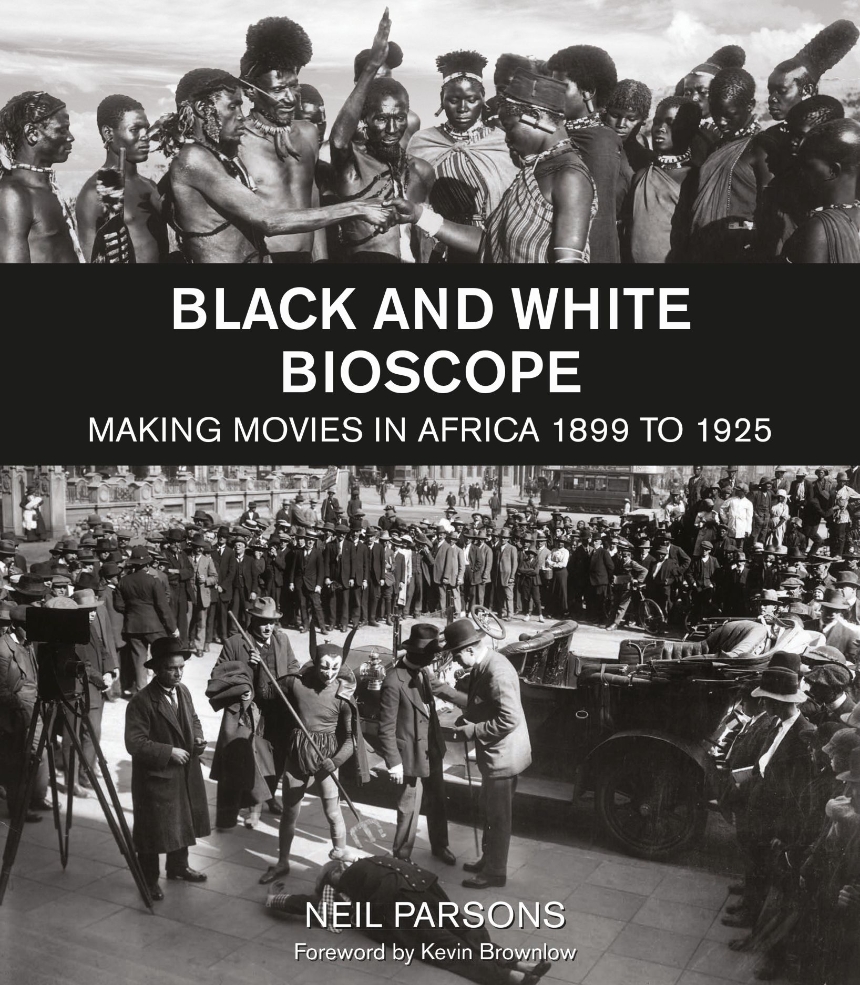 Black and White Bioscope recovers a neglected chapter in the histories of world cinema and Africa. It tells the story of movie production in Africa that long predated francophone African films and Nollywood that are the focus of most histories of this industry.

At the same time as Hollywood was starting, a film industry in Southern Africa was surging ahead in integrating production, distribution, and exhibition. African Film Productions Limited made silent movies using technical and acting talent from Britain, the United States, and Australia, as well as from Africa. These included not only the original “long trek movie” and the prototype for the movies Zulu and Zulu Dawn but also the first King Solomon's Mines and the original Blue Lagoon, featuring African actors such as Goba, Tom Zulu, and Msoga Mwana, who starred as the black revolutionary in Prester John.

In this lavishly illustrated book, fifty movies are reconstructed with graphic photographs and plot synopses—plus quotations from reviews—so that readers can rediscover this long-lost treasure trove of silent cinema.

"Parsons documents a remarkable moment in the history of filmmaking in Africa. . . . Without question this is a fascinating story. The book, however, is less an account of that history than a compendium of information about it. Produced in the large format of a coffee table  volume, Black and White Bioscope includes hundreds of wonderful illustrations, including many stills from the films. . . . Scholars of media and film will be grateful for the remarkable research that Parsons has completed and the information that he has compiled."

The Journal of African History

"An extensive and detailed historiography of early Sub-Saharan South African cinema that covers a 26-year period of intense productivity. In strict chronological order, Parsons highlights the major producers, filmmakers, and international and native participants that comprised South African film. . . . What enlivens Parsons' biographies of these major producers and performers are the detailed narrative summaries and still images from the films (some titles no longer exist in extant condition). The summaries and till manage to capture the grandeur of the films about wars (native and international), native life, the majestic African landscapes, and White people's taming of the wilderness, as well as, the segregation and penury of the indigenous peoples. . . . A rich treasure trove of facts, film titles, narrative summaries, reviews, and biographies."

"[A] richly illustrated account of early cinema in Africa."

“This is a history which has long needed to be told. It throws new light on developments in film production during the Great War period and immediately after. Can we hope that one day it will be made into a documentary so that we don’t make the mistake of thinking that outstanding films were produced only in Europe and America? Neil Parsons has produced an important and valuable book—it is worth its cost for its historical backgrounds alone.”

Kevin Brownlow, Oscar winner and author of Hollywood: The Pioneers

“Neil Parsons’s reputation as a sharp-eyed analyst of central and southern Africa is based on his enviable knack of finding neglected topics and then fashioning them into works that simply light-up cultural history everywhere. Black and White Bioscope offers us a remarkable illustration of how pioneering films not only helped shape our self-image, but influenced the way in which Europeans— locked into fading imperial notions—sought to understand what they considered to be ‘Africa’.”

"A splendid addition to the burgeoning literature on colonial cinema and Black world cultural studies."