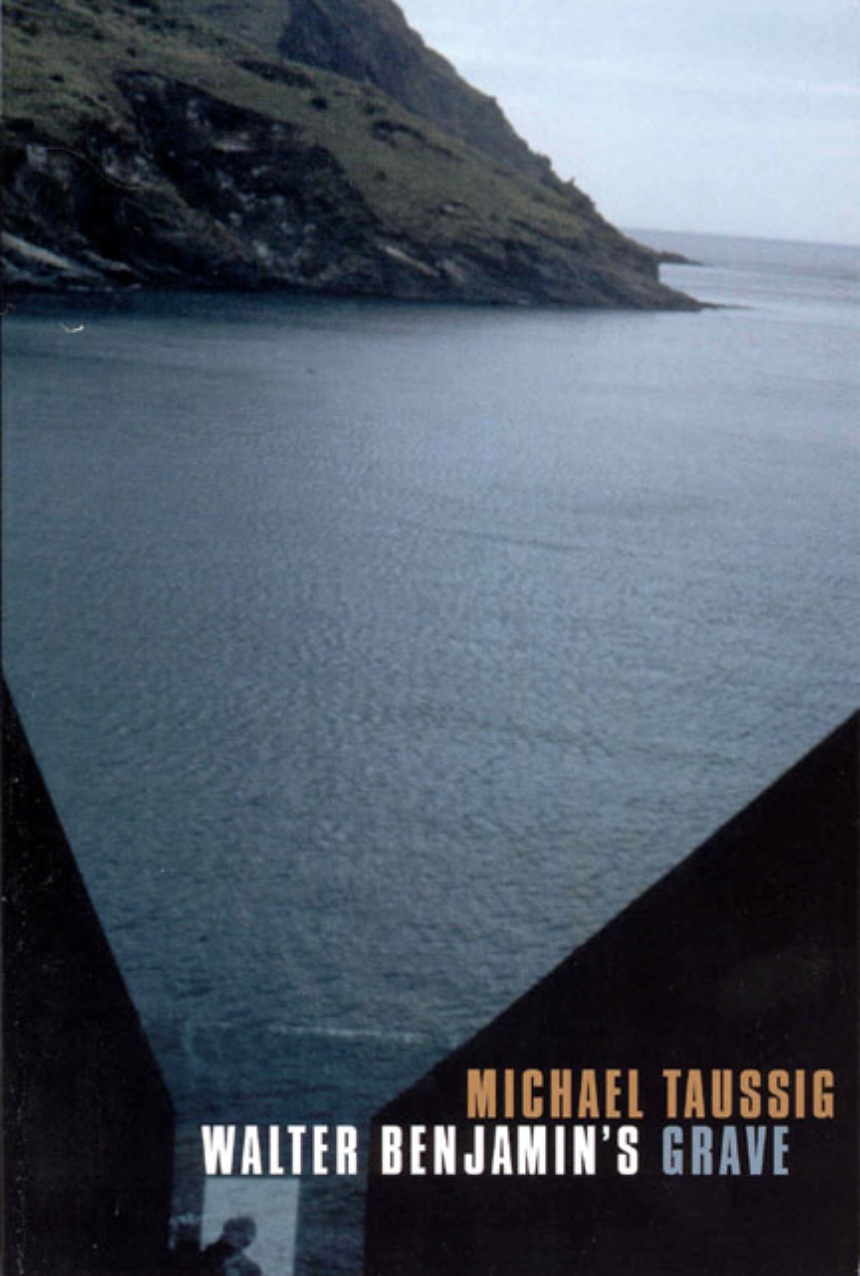 In September 1940, Walter Benjamin committed suicide in Port Bou on the Spanish-French border when it appeared that he and his travelling partners would be denied passage into Spain in their attempt to escape the Nazis. In 2002, one of anthropology’s—and indeed today’s—most distinctive writers, Michael Taussig, visited Benjamin’s grave in Port Bou. The result is “Walter Benjamin’s Grave,” a moving essay about the cemetery, eyewitness accounts of Benjamin’s border travails, and the circumstances of his demise. It is the most recent of eight revelatory essays collected in this volume of the same name.

“Looking over these essays written over the past decade,” writes Taussig, “I think what they share is a love of muted and defective storytelling as a form of analysis. Strange love indeed; love of the wound, love of the last gasp.” Although thematically these essays run the gamut—covering the monument and graveyard at Port Bou, discussions of peasant poetry in Colombia, a pact with the devil, the peculiarities of a shaman’s body, transgression, the disappearance of the sea, New York City cops, and the relationship between flowers and violence—each shares Taussig’s highly individual brand of storytelling, one that depends on a deep appreciation of objects and things as a way to retrieve even deeper philosophical and anthropological meanings. Whether he finds himself in Australia, Colombia, Manhattan, or Spain, in the midst of a book or a beach, whether talking to friends or staring at a monument, Taussig makes clear through these marvelous essays that materialist knowledge offers a crucial alternative to the increasingly abstract, globalized, homogenized, and digitized world we inhabit.

Pursuing an adventure that is part ethnography, part autobiography, and part cultural criticism refracted through the object that is Walter Benjamin’s grave, Taussig, with this collection, provides his own literary memorial to the twentieth century’s greatest cultural critic.

“From Walter Benjamin’s grave on the coastal border between France and Spain and the serpentine canals of Venice to the rain forests of Colombia, beaches of his native Australia and streets of New York, Michael Taussig transports the reader into new worlds where the strange draws near but never becomes familiar. A master storyteller with an ear for nuance, Taussig finds in the tales of lives that are usually overlooked important lessons for our era in which reason seems to have lost its way and violence threatens to spin out of control. This timely book is cultural analysis and, more important, social criticism at its best.”--Mark C. Taylor, author of Confidence Games

“With Walter Benjamin’s Grave, Michael Taussig seeks out phenomena that defy anthropology’s explanatory paradigms—a pact with the devil, yage-inspired visions, and ritual body mutilation. He entangles himself in the beliefs and shams of shamans, and those of the anthropologists who studied them. Taussig’s ‘storytelling as a form of analysis’ streams with vibrant and provocative insights, and written out here in a captivating prose that mirrors the color and music of events. ‘I’m off to the Pacific Coast,’ Taussig tells us, or to the Australian beaches, or New York City’s courts, and brings readers along with him. The force and joy of his rapt curiosity and luminous intelligence is intoxicating.”--Alphonso Lingis, author of Body Transformations

The Sun Gives without Receiving

The Beach (a Fantasy)

Viscerality, Faith, and Skepticism: Another Theory of Magic

The Language of Flowers