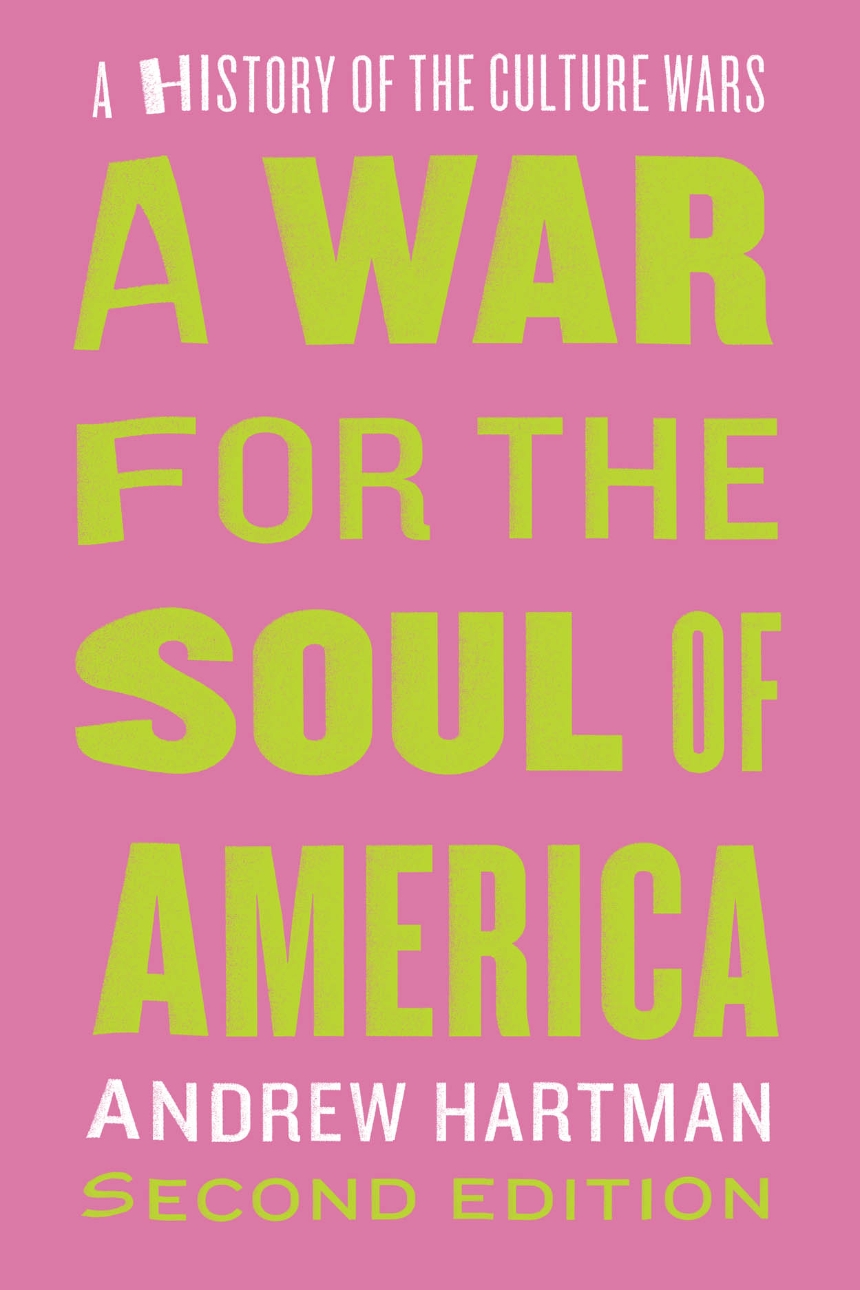 A War for the Soul of America, Second Edition

A History of the Culture Wars

A War for the Soul of America, Second Edition

A History of the Culture Wars

With a New Afterword
When it was published in 2015, Andrew Hartman’s history of the culture wars was widely praised for its compelling and even-handed account of the way they developed and came to define American politics as the twentieth century drew to its close. Receiving nearly as much attention, however, was Hartman’s declaration that the culture wars were over—and the left had won. In the wake of Trump’s rise, which was driven in large part by aggressive fanning of those culture war flames, Hartman has brought A War for the Soul of America fully up to date, detailing the ways in which Trump’s success, while undeniable, represents the last gasp of culture war politics—and how the reaction he has elicited can show us early signs of the very different politics to come.
“As a guide to the late twentieth-century culture wars, Hartman is unrivalled. . . . Incisive portraits of individual players in the culture wars dramas. . . . Reading Hartman sometimes feels like debriefing with friends after a raucous night out, an experience punctuated by laughter, head-scratching, and moments of regret for the excesses involved.”—New Republic