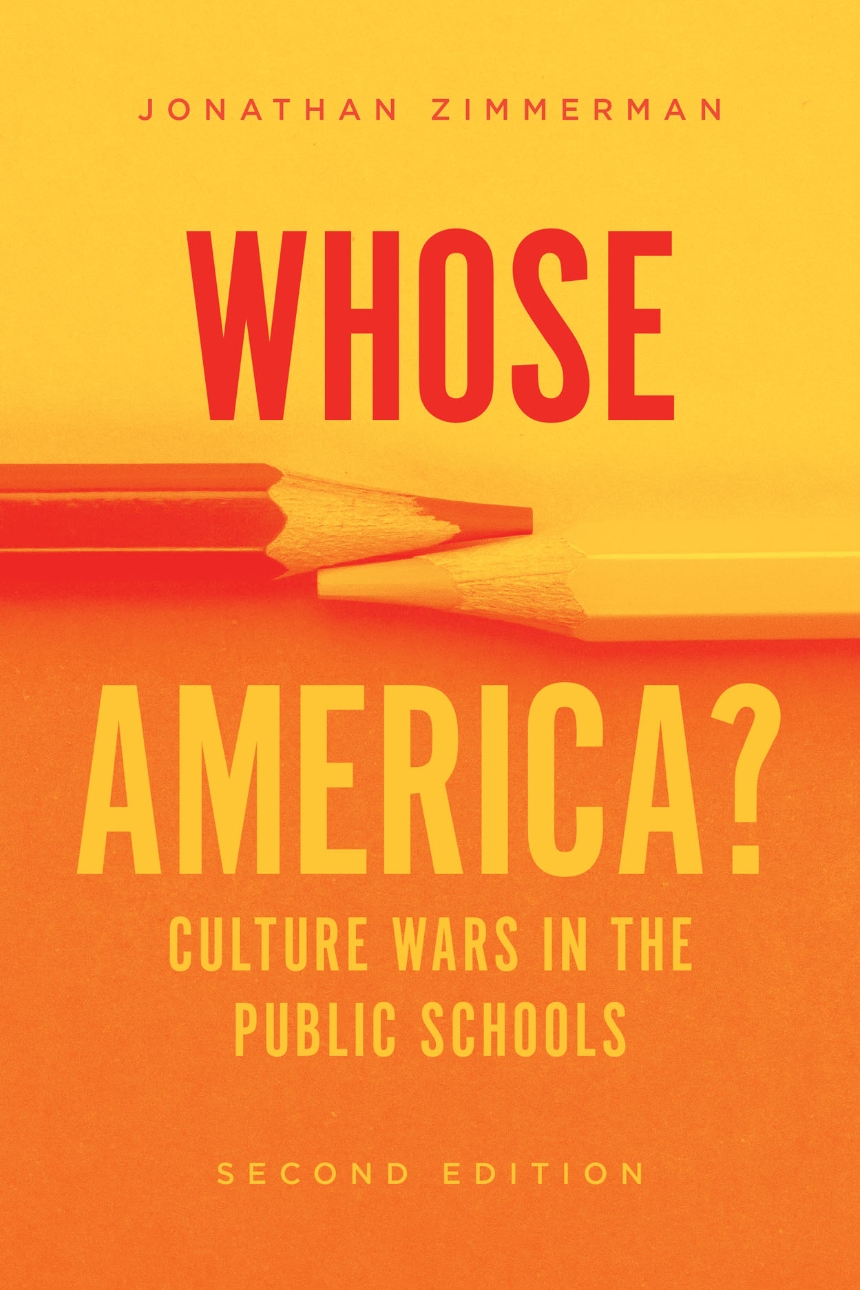 Culture Wars in the Public Schools

Culture Wars in the Public Schools

In this expanded edition of his 2002 book, Zimmerman surveys how battles over public education have become conflicts at the heart of American national identity.

Critical Race Theory. The 1619 Project. Mask mandates. As the headlines remind us, American public education is still wracked by culture wars. But these conflicts have shifted sharply over the past two decades, marking larger changes in the ways that Americans imagine themselves. In his 2002 book, Whose America?, Zimmerman predicted that religious differences would continue to dominate the culture wars. Twenty years after that seminal work, Zimmerman has reconsidered: arguments over what American history is, what it means, and how it is taught have exploded with special force in recent years. In this substantially expanded new edition, Zimmerman meditates on the history of the culture wars in the classroom—and on what our inability to find common ground might mean for our future.

“Who we are as a nation has always been a central through line in culture wars focused on US schools. But as Zimmerman astutely argues, the disputes have morphed in substance over the past twenty years. Will culture wars in schools ever recede? In these polarized times, the answer appears to be an emphatic no.”

Amy Binder, coauthor of The Channels of Student Activism: How the Left and Right Are Winning (and Losing) in Campus Politics Today

“A fascinating tour through the strange twists and turns in America’s culture wars. Zimmerman analyzes each generation’s conflict over the schoolroom, right down to the contemporary fracas over American history itself. This compelling book shows us how culture wars always provoke the most dangerous question of all: Who are we?”

James A. Morone, author of Hellfire Nation: The Politics of Sin in American History

“Nowhere does the culture war in America rage more intensely than in education. Zimmerman provides a comprehensive map of this contested terrain and, with it, rich insight essential for a constructive way forward. Essential reading for parents, teachers, school administrators, and all concerned with the education of America’s youth.”

Preface to the Second Edition
Introduction: Beyond Dayton and Chicago

Part 3: From Religion to History
Chapter 9: Twenty-First-Century Culture Wars: From 9/11 to Donald Trump
Conclusion: Who Are We Now?
Acknowledgments
Abbreviations
Notes
Index