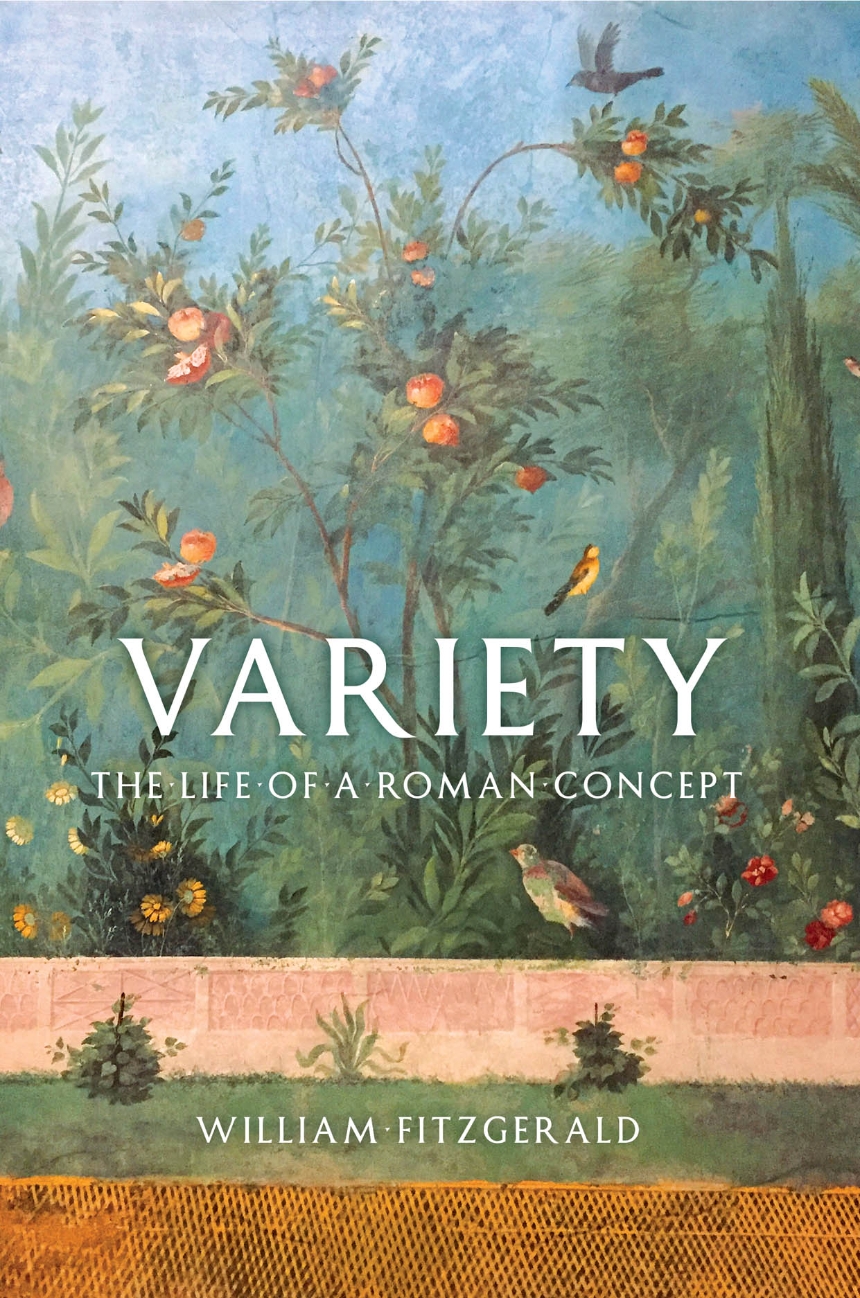 The Life of a Roman Concept

The Life of a Roman Concept

The idea of variety may seem too diffuse, obvious, or nebulous to be worth scrutinizing, but modern usage masks the rich history of the term. This book examines the meaning, value, and practice of variety from the vantage point of Latin literature and its reception and reveals the enduring importance of the concept up to the present day.

William Fitzgerald looks at the definition and use of the Latin term varietas and how it has played out in different works and with different authors. He shows that, starting with the Romans, variety has played a key role in our thinking about nature, rhetoric, creativity, pleasure, aesthetics, and empire. From the lyric to elegy and satire, the concept of variety has helped to characterize and distinguish different genres. Arguing that the ancient Roman ideas and controversies about the value of variety have had a significant afterlife up to our own time, Fitzgerald reveals how modern understandings of diversity and choice derive from what is ultimately an ancient concept.

“A welcome and significant contribution to contemporary discussion of aspects of variety and miscellaneity in antiquity. . . . Fitzgerald’s exploration of varietas is important both for its excavation of Roman material and for identifying so many significant texts and aspects of variety beyond the miscellany alone. He makes a strong case that varietas marks reflection on a concept whose contours allow some definition, and that this is worth studying in both ancient and modern contexts, and in the relationship between them.”

“Rich and wide-ranging. . . . Fitzgerald’s approach is an elegant one, delicately blending argumentation and promenade to construct a suitably dappled portrait of his subject.”

“A welcome and exciting book. . . . It opens up a new area of discussion, and invites us to take a more literary and aesthetic approach to issues of variety.”

“An important study of the concept of variety and miscellany in antiquity, and the reception of that concept. . . . Recommended.”

"Fitzgerald has written a thoroughly captivating book—one that achieves that rare combination of erudition and pleasant reading."

“A rich, probing, and delightfully engaging study of the concept of variety as it circulates through multiple poetic traditions, primarily Latin and English. Fitzgerald is a masterful reader of poetry, both erudite and wonderfully attentive to textual nuance. There is much here for classicists and comparatists, specialists and generalists alike.”

"By tackling such an apparently amorphous idea as 'variety', Fitzgerald ran the risk of writing a lot about nothing. Instead, he has written a lot about something, a something that - like a clue in a Sherlock Holmes mystery - has been lying in plain sight. Once the master sleuth perceives the clue, a mystery is unlocked. I therefore recommend this book to linguists, classicists and those who enjoy a good mystery."

"This elegant book is many things at once: a surprising chapter in the history of ideas, a collection of snappy new interpretations of key Greek and Latin texts from Horace’s Odes to Gellius’ Attic Nights, and a deviant experiment in Reception Studies. . . . [Fitzgerald's] shifting attention is performative and heuristic: herein lies the real provocation and stimulus of this timely, impressive book."