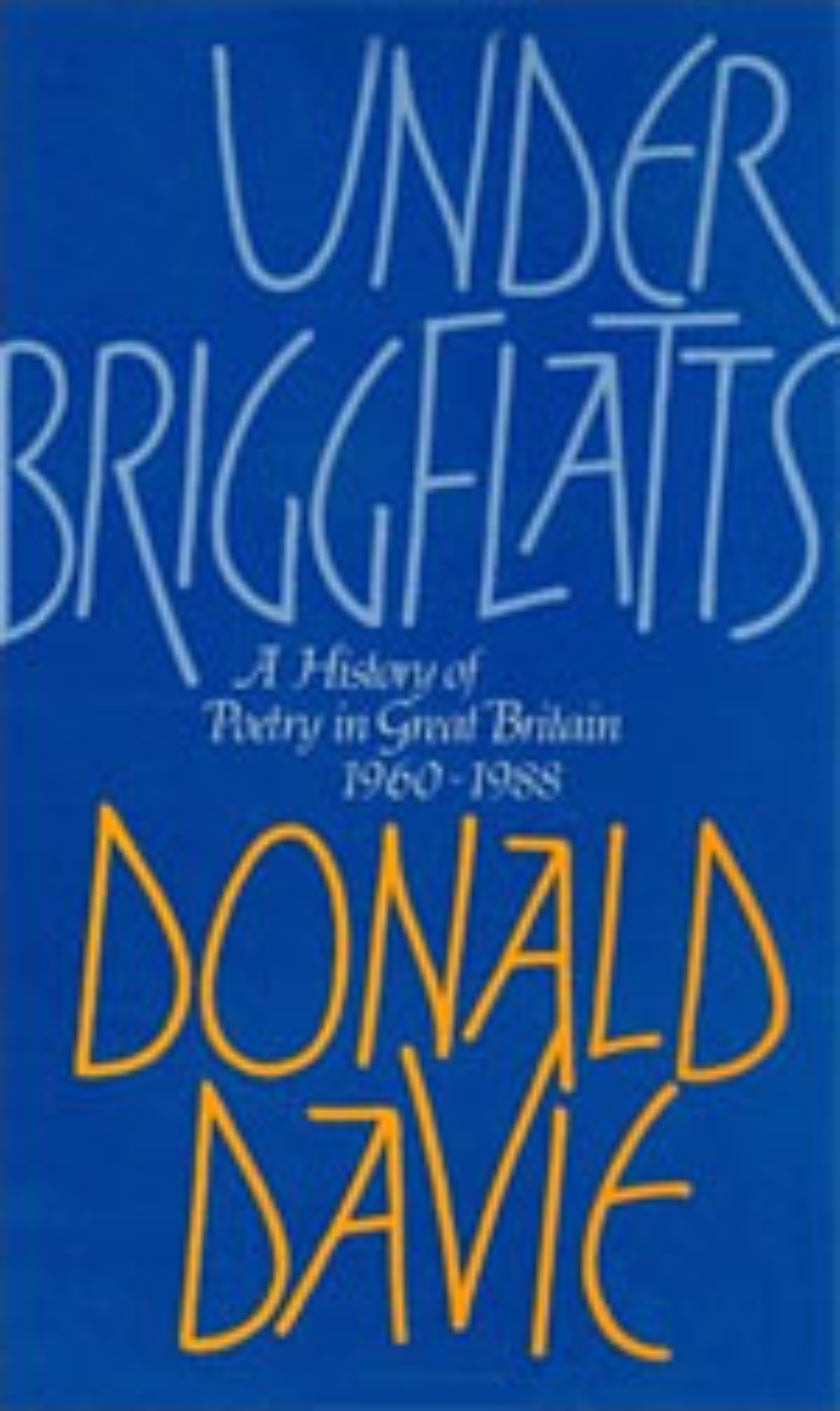 Under Briggflatts is a history of the last thirty years of British poetry with necessary excursions into other areas: criticism, philosophy, translation, and non-British English poetries. It has grown naturally out of Donald Davie’s immediate involvement with new writing as a poet, reviewer, teacher, and reader. He has reassessed the writers who have most engaged his attention, revised his reviews, and supplemented earlier material with much that is new. Under Briggflatts provides a narrative that is remarkable in scope and generous in tone. By combining close readings of specific poems and more general considerations of style, form, and context, Davie’s account is characteristically elegant, precise, and uncompromising.

Under Briggflatts is organized in three large chapters, one devoted to each decade. In the 1960s, Davie pays particular attention to the work of Austin Clarke, Hugh MacDiarmid, Norman McCaig, Keith Douglas, Edwin Muir, Basil Bunting (the gurus whose prose writings helped catalyze the traumatic events of 1968), Elaine Feinstein, Sylvia Townsend Warner, Philip Larkin, Charles Tomlinson, Thomas Kinsella, and Ted Hughes. The second chapter follows these figures into the new decade and explores the work of (among others) Thom Gunn, C. H. Sisson, R. S. Thomas, John Betjeman, and such themes as women’s poetry, translation, poetic theory, and the later impact of T. S. Eliot and of Edward Thomas. Perhaps the most controversial chapter is the third, in which David—without abandoning the poets already introduced—assesses Geoffrey Hill, Tony Harrison, and Seamus Heaney, and looks too at the recovery of Ivor Gurney’s poems, at Ted Hughes as Laureate, the posthumous work of Sylvia Townsend Warner, the burgeoning Hardy industry, and the critical writings of Kenneth Cox.