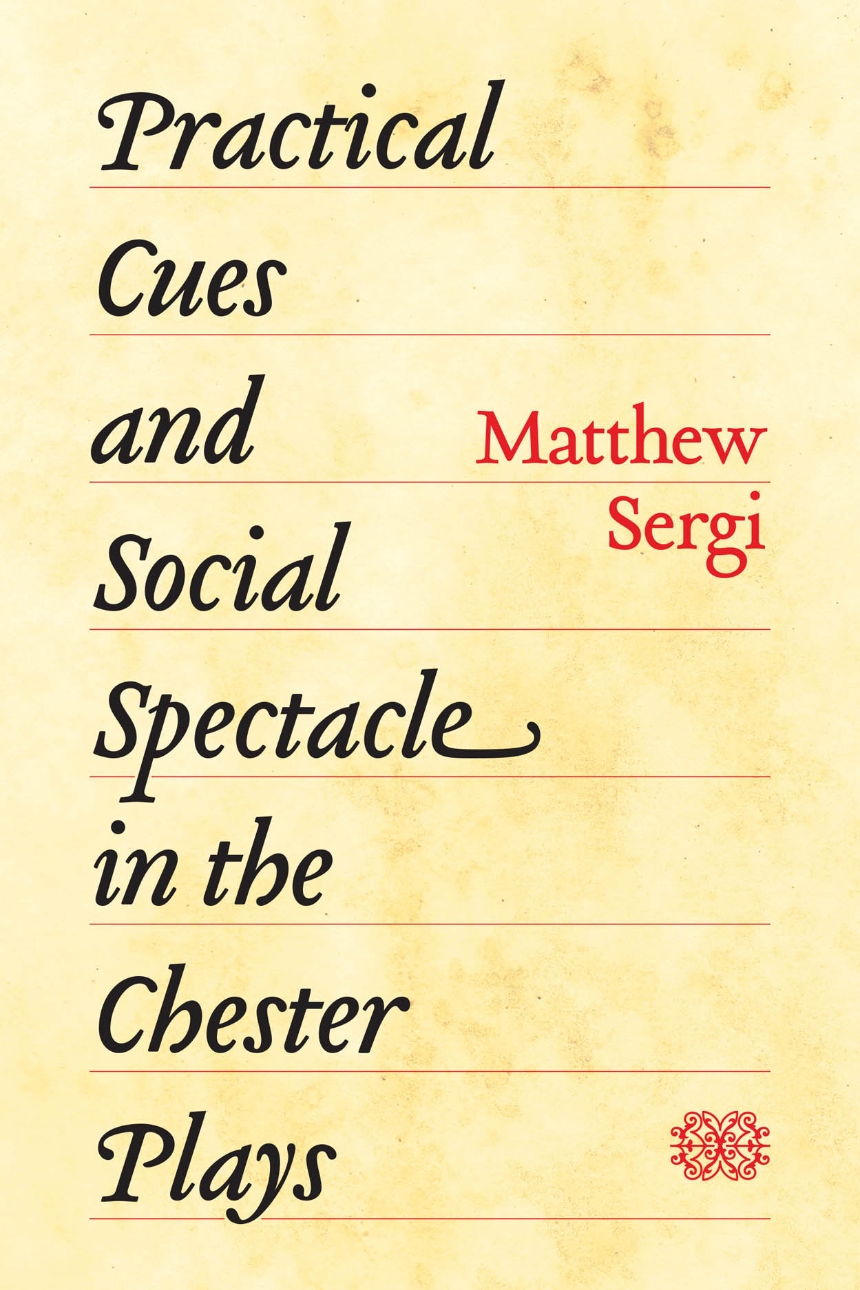 Practical Cues and Social Spectacle in the Chester Plays

Practical Cues and Social Spectacle in the Chester Plays

Amid the crowded streets of Chester, guild players portraying biblical characters performed on colorful mobile stages hoping to draw the attention of fellow townspeople. In the fifteenth and sixteenth centuries, these Chester plays employed flamboyant live performance to adapt biblical narratives. But the original format of these fascinating performances remains cloudy, as surviving records of these plays are sparse, and the manuscripts were only written down a generation after they stopped. Revealing a vibrant set of social practices encoded in the Chester plays, Matthew Sergi provides a new methodology for reading them and a transformative look at medieval English drama.

Carefully combing through the plays, Sergi seeks out cues in the dialogues that reveal information about the original staging, design, and acting. These “practical cues,” as he calls them, have gone largely unnoticed by drama scholars, who have focused on the ideology and historical contexts of these plays, rather than the methods, mechanics, and structures of the actual performances. Drawing on his experience as an actor and director, he combines close readings of these texts with fragments of records, revealing a new way to understand how the Chester plays brought biblical narratives to spectators in the noisy streets. For Sergi, plays that once appeared only as dry religious dramas come to life as raucous participatory spectacles filled with humor, camp, and devotion.

“It’s not often that a scholarly book has the potential to transform and reorient the corner of the field that it addresses. Sergi’s Practical Cues and Social Spectacle in the Chester Plays is one of those books. It will be recognized for its major interventions in early drama studies.”

Theresa M Coletti, author of Mary Magdalene and the Drama of Saints: Theater, Gender, and Religion in Late Medieval England

“Sergi’s deeply erudite but also ebullient book on the Chester plays reminds us why we call such things ‘plays’ in the first place. Combining the expertise of a theater practitioner, a scholar, a performance theorist, a textual detective, and a close reader par excellence, Sergi deftly uncovers how much meaning and merriment is to be found in the ‘practical cues’ for action and spectacle in the Chester play texts and their archival contexts. Both playful and profound, this book overturns so much conventional wisdom that it should be required reading for anyone interested in premodern performance or who needs a convincing case for why they should be.”