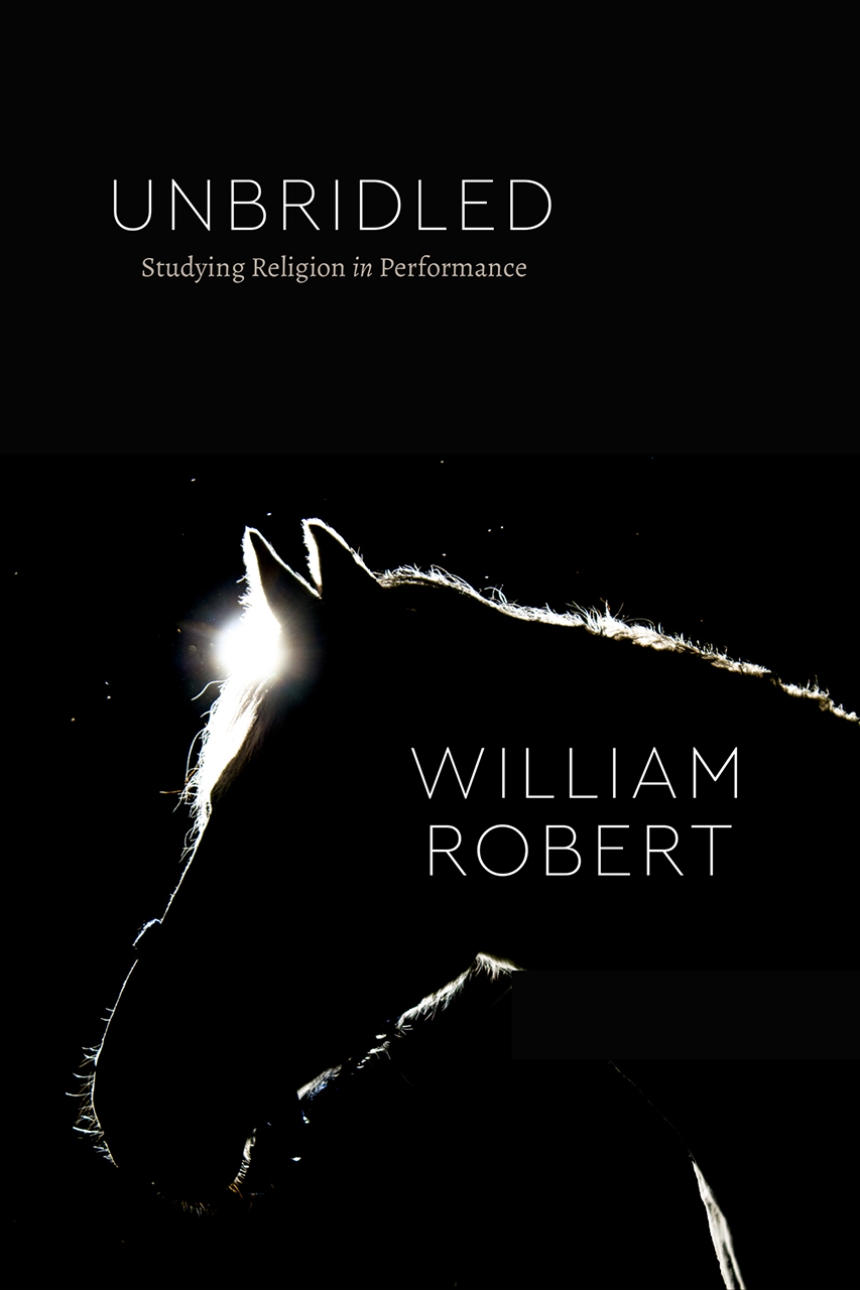 A study of religion through the lens of Peter Shaffer’s play Equus.

In Unbridled, William Robert uses Equus, Peter Shaffer’s enigmatic play about a boy passionately devoted to horses, to think differently about religion. For several years, Robert has used Equus to introduce students to the study of religion, provoking them to conceive of religion in unfamiliar, even uncomfortable ways. In Unbridled, he is inviting readers to do the same.

A play like Equus tangles together text, performance, practice, embodiment, and reception. Studying a play involves us in playing different roles, as ourselves and others, and those roles, as well as the imaginative work they require, are critical to the study of religion. By approaching Equus with the reader, turning the play around and upside-down, Unbridled transforms standard approaches to the study of religion, engaging with themes including ritual, sacrifice, worship, power, desire, violence, and sexuality, as well as thinkers including Judith Butler, Sigmund Freud, Karl Marx, Friedrich Nietzsche, and Jonathan Z. Smith. As Unbridled shows, the way themes and theories play out in Equus challenges us to reimagine the study of religion through open questions, contrasting perspectives, and alternative modes of interpretation and appreciation.

"Unbridled treats Equus as a prism through which to reimagine the study of religion, asking urgent questions and inviting us to critically rethink methods as openings. With an inviting mix of confidence and humility, Robert reinvigorates pedagogical discussions, delivering insights about the difference between reverence and devotion, the meaning of critique, and the nature of literature. Every page provokes thoughts about how we teach and think about religion, and how we might do it otherwise.”

“Unbridled is a compelling, engaging, sophisticated provocation for how the study of religion might be done differently. Keeping his eyes fixed on Equus, Robert touches on themes central to the study of religion—performance, ritual, embodiment, sacrifice, image, worship, sexuality, violence—while also defamiliarizing the operation of these terms by following what Equus prompts us to think about them.”