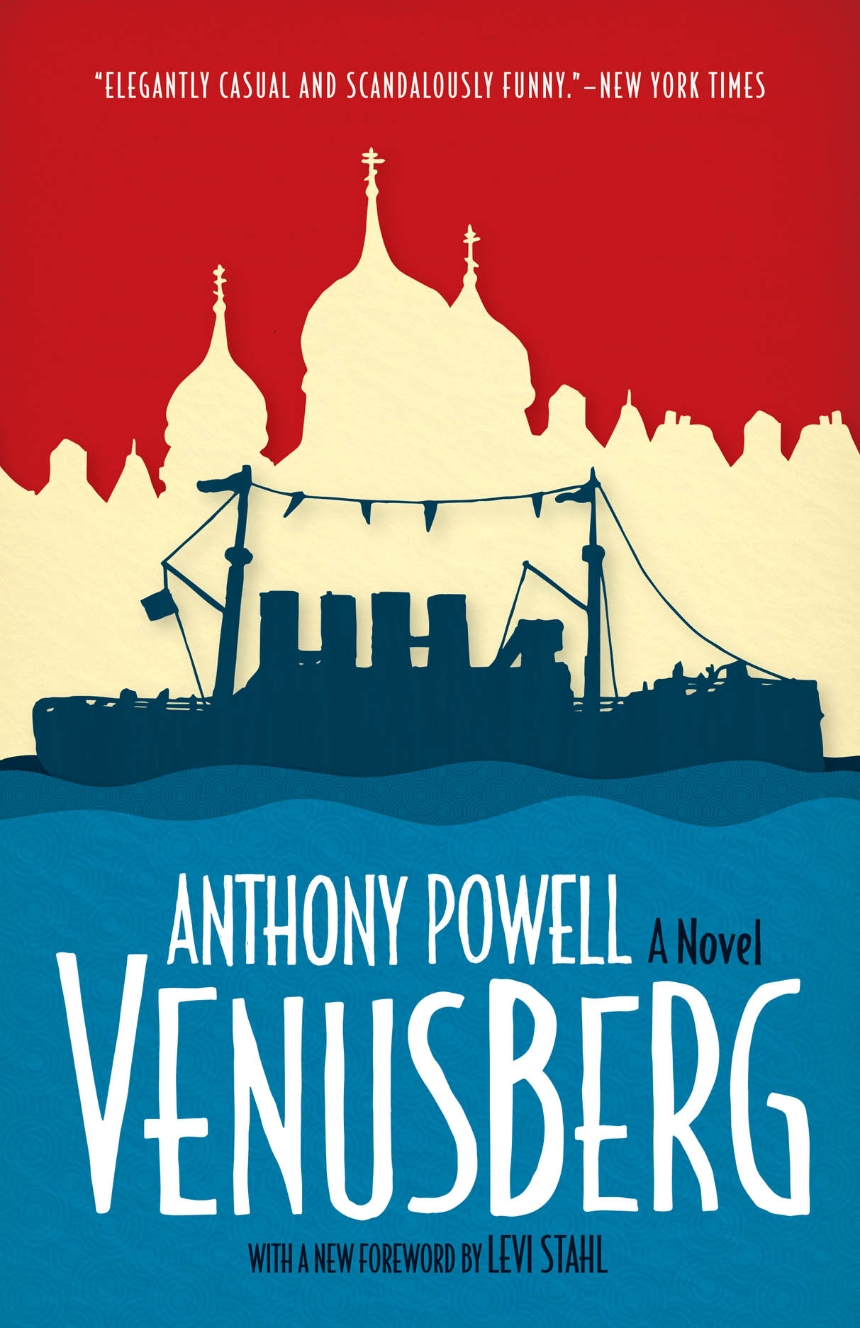 With a new foreword by Levi Stahl
Written from a vantage point both high and deliberately narrow, the early novels of the late British master Anthony Powell nevertheless deal in the universal themes that would become a substantial part of his oeuvre: pride, greed, and the strange drivers of human behavior. More explorations of relationships and vanity than plot-driven narratives, Powell’s early works reveal the stirrings of the unequaled style, ear for dialogue, and eye for irony that would reach their caustic peak in his epic, A Dance to the Music of Time.

Powell’s sophomore novel, Venusberg, follows journalist Lushington as he leaves behind his unrequited love in England and travels by boat to an unnamed Baltic state. Awash in a marvelously odd assortment of counts and ladies navigating a multicultural, elegant, and politically precarious social scene, Lushington becomes infatuated with his very own, very foreign Venus. An action-packed literary precursor to Wes Anderson’s The Grand Budapest Hotel, Venusberg is replete with assassins and Nazis, loose countesses and misunderstandings, fatal accidents and social comedy. But beyond its humor, this early installment in Powell’s literary canon will offer readers a welcome window onto the mind of a great artist learning his craft.

“Elegantly casual and scandalously funny. . . . Venusberg, I once read somewhere, is a satire on totalitarian government. That’s as good a handle for it as any. Yet it concentrates much more on men and women than upon the laws that govern them. . . . In some of the best light dialogue of our time, Powell makes clear the difference between feverish sophistication and true worldliness.”

“A brilliant picture of diplomatic and less exalted society in a little Baltic State. Mr. Powell’s dialogue and comments are crisp, shrewd, and satirical, and his second novel is a worthy successor to Afternoon Men.”

“Powell’s novels bite deep, but only to reveal that even at our most foolish we are all in it together.”

“Looking back at Powell’s earlier novels, it is possible to see him discovering there how to use his razor-sharp satirical sense until it is purged of bitterness and extravagance.”

“In this era of YouTube, cell phones, and Snapchat, the possibility of real strangeness or feelings of isolation in foreign travel are almost impossible to recover, in addition to the sometimes unpleasant colonial overtones some such novels evoke. In Venusberg, however, the charm and humor of such a setting comes through, even as Powell searches after deeper themes. . . . Venusberg is valuable because we see Powell working out perspectives that would later form the basis of Dance.”