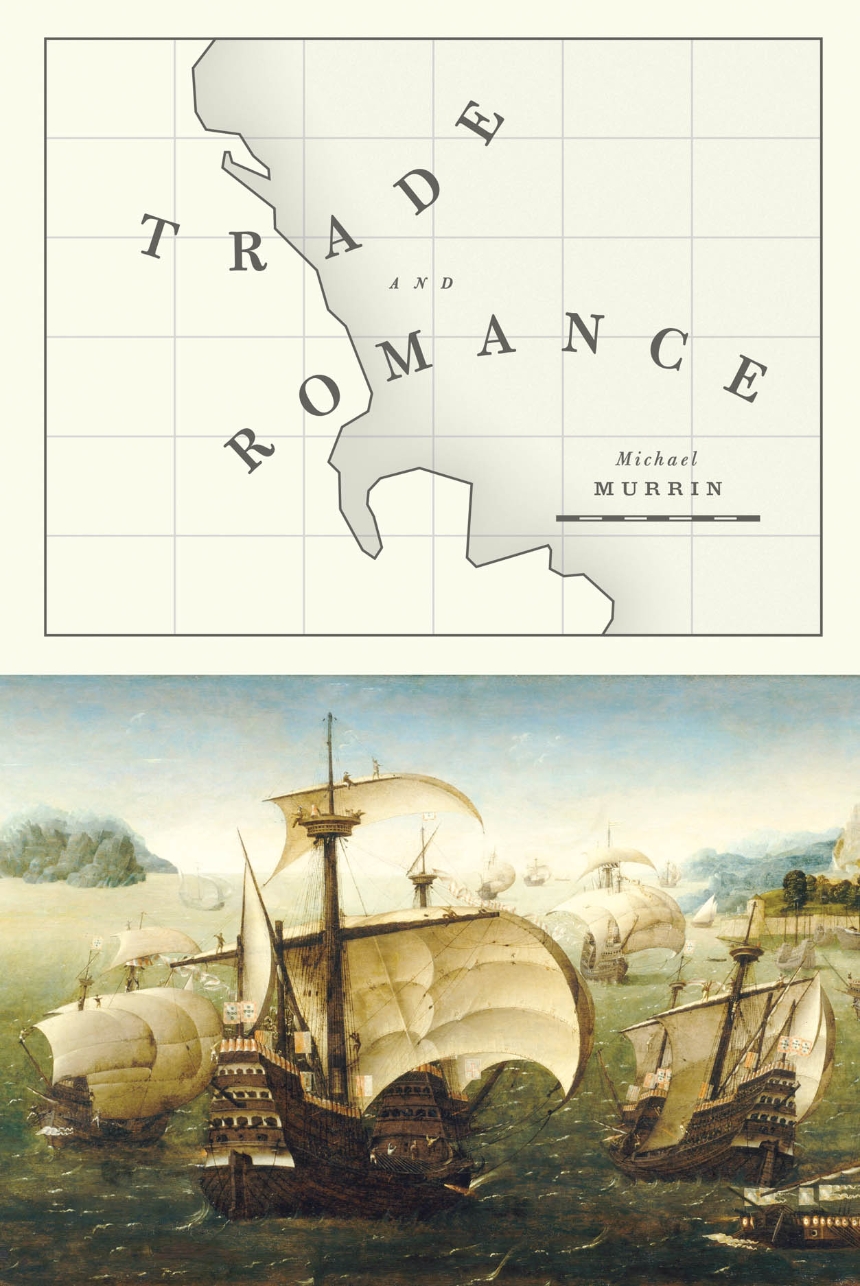 In Trade and Romance, Michael Murrin examines the complex relations between the expansion of trade in Asia and the production of heroic romance in Europe from the second half of the thirteenth century through the late seventeenth century. He shows how these tales of romance, ostensibly meant for the aristocracy, were important to the growing mercantile class as a way to gauge their own experiences in traveling to and trading in these exotic locales. Murrin also looks at the role that growing knowledge of geography played in the writing of the creative literature of the period, tracking how accurate, or inaccurate, these writers were in depicting far-flung destinations, from Iran and the Caspian Sea all the way to the Pacific.
With reference to an impressive range of major works in several languages—including the works of Marco Polo, Geoffrey Chaucer, Matteo Maria Boiardo, Luís de Camões, Fernão Mendes Pinto, Edmund Spenser, John Milton, and more—Murrin tracks numerous accounts by traders and merchants through the literature, first on the Silk Road, beginning in the mid-thirteenth century; then on the water route to India, Japan, and China via the Cape of Good Hope; and, finally, the overland route through Siberia to Beijing. All of these routes, originally used to exchange commodities, quickly became paths to knowledge as well, enabling information to pass, if sometimes vaguely and intermittently, between Europe and the Far East. These new tales of distant shores fired the imagination of Europe and made their way, with surprising accuracy, as Murrin shows, into the poetry of the period.

“Both immensely erudite and fun to read, Michael Murrin’s Trade and Romance chronicles three stages of Europe’s premodern commercial engagements with Asia: the traversing of the Silk Route, the arrival of the Portuguese in the Indian Ocean, and the exploration by Englishmen and Russians of a northern land route to China. It examines, in turn, the role of Asia in inspiring the Western literary imagination. Writing as a geographer who has seen at first hand the Central and South Asian sites and terrain reached by medieval and Renaissance merchants, Murrin examines the relationships between trade and heroic adventure, between geographical distance and fantasy. Spanning the texts of Marco Polo, Chaucer, Huon of Bordeaux, Boiardo, Marlowe, Camões, Mendes Pinto, and Milton, Murrin demonstrates how the experiences of traders—the vast distances traversed, the risks and hardships endured, the wondrous sights and strange peoples encountered, the wealth and exotic products brought back—could be transformed by literature into the stuff of heroism and romance. Beneath the seemingly incredible marvels of romance fiction lurk real historical places, human actors, and events; literary genres designed for aristocratic soldier heroes find themselves accommodating, often uneasily, commercial actors and activities. Murrin is a good storyteller. Trade and Romance will be enjoyed not only by historians and literary scholars for whom it will be essential reading, but also by a broader educated public that shares Murrin’s interest in historical geography.”

“A man of many travels, Michael Murrin brings together his years of patient detective work and scholarship to explain how the mystery, wealth, and glitter of distant Asia added a new romance dimension to Renaissance epic poetry. Each chapter sets off through various textual labyrinths in quest of hidden meaning, whether tracing the influence of the Mongol conquests in Asia, the enterprises of the Portuguese around Africa to India, or the English explorations of the 1550s through Russia. The sometimes gnomic but always alluring style of the book is a master teacher’s tool to make us feel the ‘dark cold and empty desolation’ faced by traders in distant lands before Professor Murrin reveals the ‘deeper communion’ that our new knowledge of places and vast distances reveals. Literary history will have to be rewritten, for Trade and Romance gives us new worlds, different visions beyond the Mediterranean and the Americas.”

“How travel feeds literature and feeds on literature: this could well be a subtitle for Trade and Romance, a book that fires our imagination about places and peoples at the same time as it enhances scholarship. The section on the Portuguese enters both deeply and audaciously into central issues of Renaissance literature and imperial history, happily supplementing work from Murrin’s earlier books Allegorical Epic and History and Warfare. As a climax to the section, the new interpretations of the sea-storm and its mythological ending in The Lusíads will stand as one of the most brilliant moments in the history of Camões criticism.”

Part 1 The Mongols
1 Marco Polo and the Marvelous Real
2 A Paradise for Killers: Marco Polo and the Garden of the Assassins
3 The Squire’s Tale: Romance as Mask
4 Morgana and Manodante: Boiardo and the Aristocratic Response to Mercantilism

Part 2 The Portuguese
5 Huon at the Castle of Adamant
6 First Encounter: The Christian-Hindu Confusion When the Portuguese Reached India
7 Camões and the Discovery of India: The Negative Side
8 Surviving Enchantment: Vasco da Gama’s First Voyage in Os Lusíadas—The Interplay between Experience and Classical Models

Part 3 The English
9 Spenser, Marlowe, and the English Search for Asian Silk
10 The Audience of The Faerie Queene
11 Waning of a Dream: A Brief History of Moscovia and Paradise Lost
12 A Wood in the Desert

Appendix 1: The Devaluation of the Squire and His Tale
Appendix 2: Henry’s Search for Spices
Appendix 3: Vergil in Camões

Bibliography
Index
Back to top