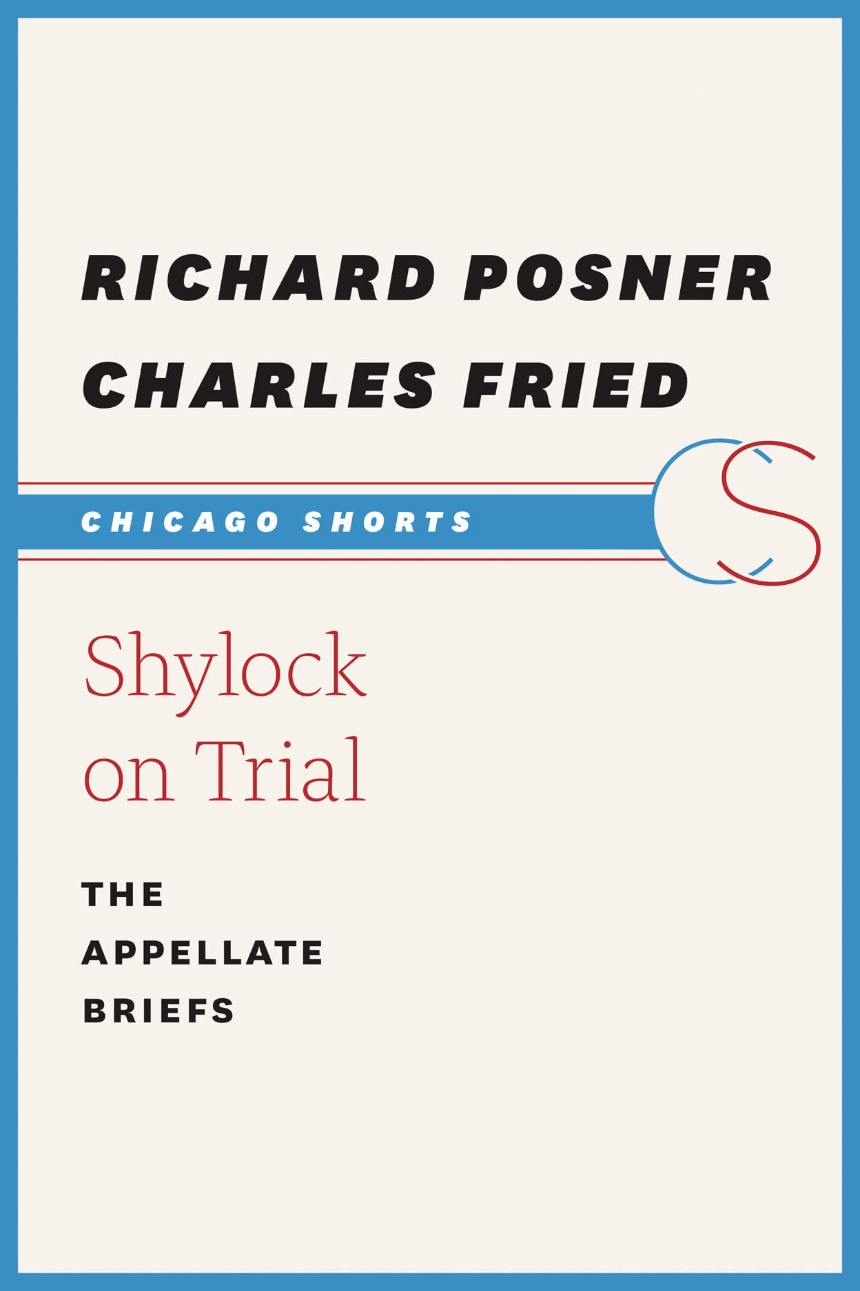 Shylock on Trial: The Appellate Briefs

Richard A. Posner and Charles Fried

Shylock on Trial: The Appellate Briefs

Richard A. Posner and Charles Fried

William Shakespeare is inextricably linked with the law, his plays rich in its terms, settings, and thought processes. In Shylock on Trial: The Appellate Briefs, the Hon. Richard A. Posner and Charles Fried rule on Shakespeare’s classic drama The Merchant of Venice. Framed as a decision argued by two appellate judges of the period in a trial following Shylock’s sentencing by the Duke of Venice, these essays playfully walk the line between law and culture, dissecting the alleged legal inconsistencies of Shylock’s trial while engaging in an artful reading of the play itself. The resultant opinions shed fresh light on the relationship between literary and legal scholarship, demonstrating how Shakespeare’s thinking about legal concepts and legal practice points to a deep and sometimes vexed engagement with the law’s technical workings, its underlying premises, and its social effects.