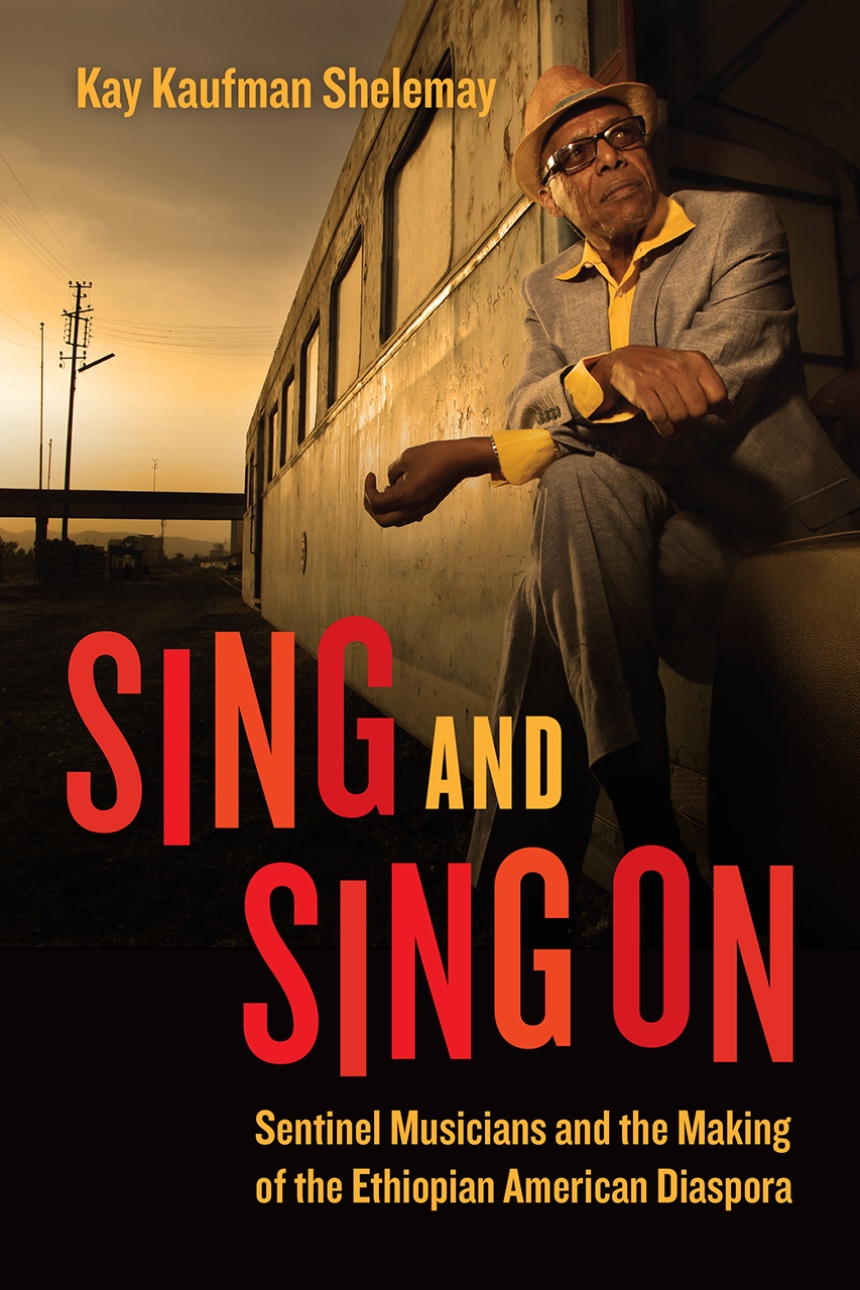 Sing and Sing On

Sentinel Musicians and the Making of the Ethiopian American Diaspora

Sing and Sing On

Sentinel Musicians and the Making of the Ethiopian American Diaspora

A sweeping history of Ethiopian musicians during and following the 1974 Ethiopian revolution.

Sing and Sing On is the first study of the forced migration of musicians out of the Horn of Africa dating from the 1974 Ethiopian revolution, a political event that overthrew one of the world’s oldest monarchies and installed a brutal military regime. Musicians were among the first to depart the region, their lives shattered by revolutionary violence, curfews, and civil war. Reconstructing the memories of forced migration, Sing and Sing On traces the challenges musicians faced amidst revolutionary violence and the critical role they played in building communities abroad.

Drawing on the recollections of dozens of musicians, Sing and Sing On details personal, cultural, and economic hardships experienced by musicians who have resettled in new locales abroad. Kay Kaufman Shelemay highlights their many artistic and social initiatives and the ways they have offered inspiration and leadership within and beyond a rapidly growing Ethiopian American diaspora. While musicians held this role as sentinels in Ethiopian culture long before the revolution began, it has taken on new meanings and contours in the Ethiopian diaspora. The book details the ongoing creativity of these musicians while exploring the attraction of return to their Ethiopian homeland over the course of decades abroad. Ultimately, Shelemay shows that musicians are uniquely positioned to serve this sentinel role as both guardians and challengers of cultural heritage.

“Sing and Sing On tells the powerful story of the role musicians have played in safeguarding Ethiopian identity and growing its cultural influence in the decades since the revolution. This is a compelling story that deserves to be told.”

“Shelemay’s deeply researched and sensitive survey of Ethiopia’s ‘sentinel musicians’ reveals the power and presence of music across time and space by profiling activist artists over continents and decades. This is a major contribution to mobility and diaspora studies as well as an eloquent guide to how resilient musicians can shape a scattered society through sound and purpose.”

“When a senior ethnomusicologist writes about work that has extended over the course of a whole career, it is a gift since ethnography doesn’t often offer such historical depth. When this work has been in both a homeland and a diaspora with citizens of a country/region that has been particularly under duress, it is an even greater gift since it enables us to see how the role of musical performance responds and shapes social conditions across difficult times and multiple places.”