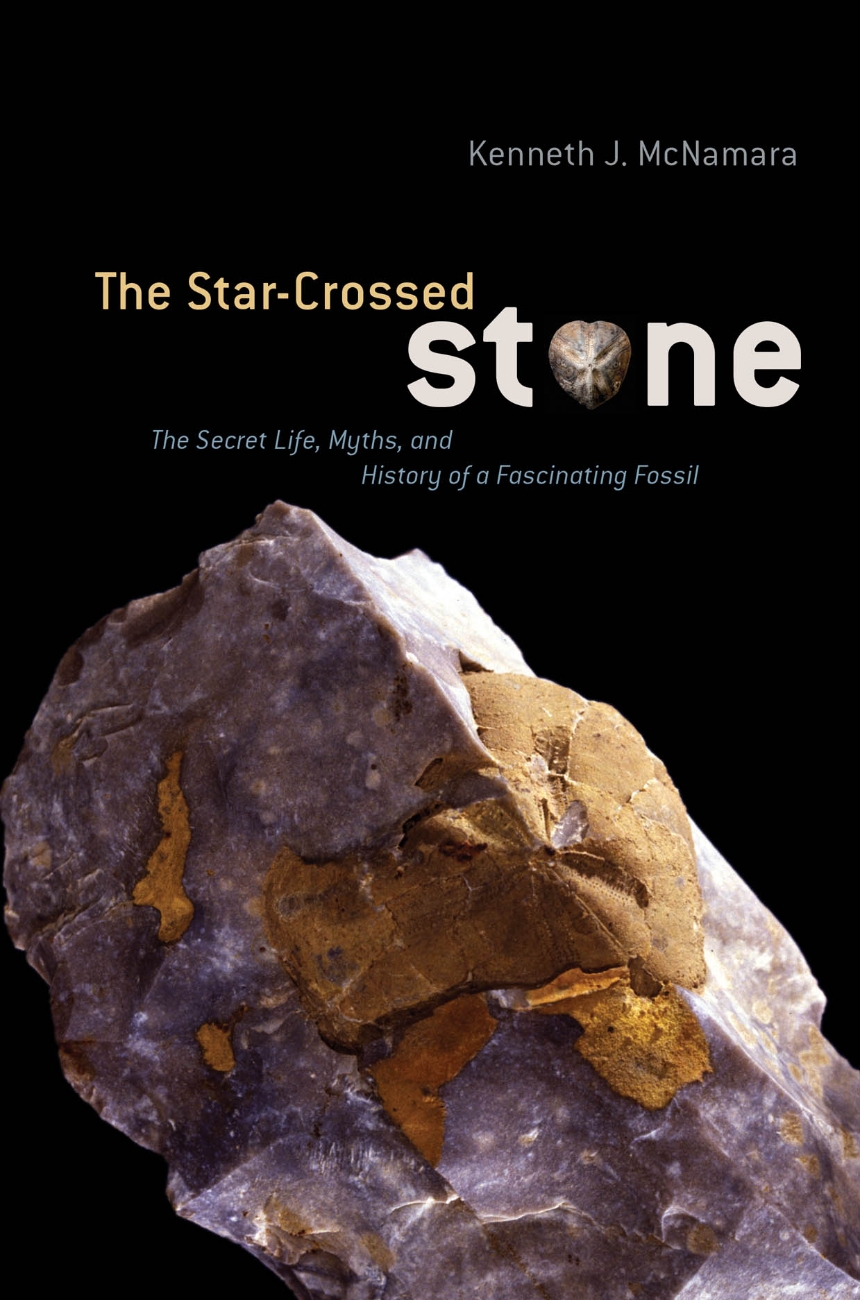 The Secret Life, Myths, and History of a Fascinating Fossil

The Secret Life, Myths, and History of a Fascinating Fossil

Throughout the four hundred thousand years that humanity has been collecting fossils, sea urchin fossils, or echinoids, have continually been among the most prized, from the Paleolithic era, when they decorated flint axes, to today, when paleobiologists study them for clues to the earth’s history.

In The Star-Crossed Stone, Kenneth J. McNamara, an expert on fossil echinoids, takes readers on an incredible fossil hunt, with stops in history, paleontology, folklore, mythology, art, religion, and much more. Beginning with prehistoric times, when urchin fossils were used as jewelry, McNamara reveals how the fossil crept into the religious and cultural lives of societies around the world—the roots of the familiar five-pointed star, for example, can be traced to the pattern found on urchins. But McNamara’s vision is even broader than that: using our knowledge of early habits of fossil collecting, he explores the evolution of the human mind itself, drawing striking conclusions about humanity’s earliest appreciation of beauty and the first stirrings of artistic expression. Along the way, the fossil becomes a nexus through which we meet brilliant eccentrics and visionary archaeologists and develop new insights into topics as seemingly disparate as hieroglyphics, Beowulf, and even church organs.

An idiosyncratic celebration of science, nature, and human ingenuity, The Star-Crossed Stone is as charming and unforgettable as the fossil at its heart.

“The Star-Crossed Stone is outstanding and original, a fascinating story about sea urchin fossils from Neolithic times to the present. It is much more than a summary of the folklore surrounding a particular fossil, however: it also traces the evolution of mythmaking, the human urge to collect, and the development of complex symbolic thought, combining archaeology, paleontology, folklore, and anthropology in wonderful, surprising ways that will delight general and scientific readers alike.”

Adrienne Mayor, author of The Poison King: The Life and Legend of Mithradates, Rome's Deadliest Enemy

“Kenneth McNamara is the undisputed authority on fossil echinoids in archaeological contexts. He is one of that rare breed of scientist who is able to cross traditional divides and marshal carefully weighted facts and ideas from a broad range of disciplines, and he writes with a clear, lucid style. Drawing on a disparate set of records of fossil sea urchins from a wide range of archaeological contexts, he weaves a novel and compelling tale of their reflection of the beliefs and traditions of humankind. Tracing their use by humans from early Palaeolithic through to Victorian times, with prominent excursions into (among others) Neolithic, Egyptian, Celtic, and Nordic cultures and beliefs, McNamara fairly romps through complex questions such as the origins of abstract thought and aesthetic appreciation. Using this fossil in an attempt to unlock the ancient mind, he succeeds admirably in opening up that of the reader to larger questions of origins. On the way, he introduces us to some wonderfully eccentric, driven personalities who were instrumental in bringing these seemingly inconsequential fossils to the attention of the world. This is an extremely interesting read.”

Dr. C. J. Duffin, fellow of the Geological Society and coauthor of Handbook of Paleoichthyology

“McNamara has written a beautiful secret history of a small and seemingly insignificant fossil—the round, star-crossed sea urchin. But he uses this important collectible of prehistoric humans as a lens for seeing into the culture and even the mind of our ancestors. Like a good mystery writer, McNamara takes us on a journey all the way back to a shallow grave and the two bodies that laid there for four thousand years. The Star-Crossed Stone is a masterfully crafted story, and an enlightening glimpse into the evolution of the human mind.”

Stephen T. Asma, author of On Monsters: an Unnatural History of Our Worst Fears

“There is much in The Star-Crossed Stone to inform, stimulate and entertain.”-Times Higher Education