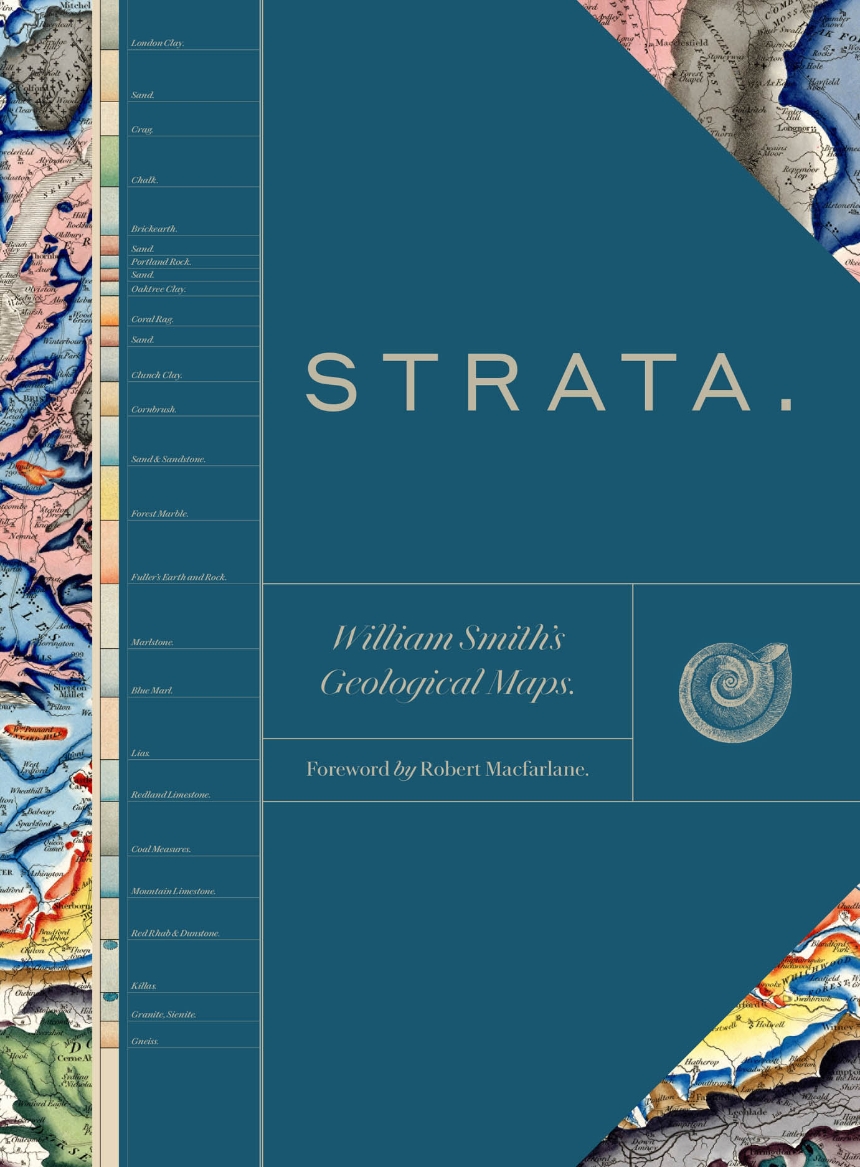 Edited by the Oxford University Museum of Natural History

Edited by the Oxford University Museum of Natural History

With an Introduction by Douglas Palmer and with a Foreword by Robert Macfarlane
Lavishly illustrated with full-color geological maps, tables of strata, geological cross-sections, photographs, and fossil illustrations from the archives of the Oxford University Museum of Natural History, the Geological Society, the London Natural History Museum, and others, Strata provides the first complete presentation of the revolutionary work of nineteenth-century geologist William Smith, the so-called father of English geology. It illustrates the story of his career, from apprentice to surveyor for hire and fossil collector, from his 1799 geological map of Bath and table of strata to his groundbreaking 1815 geological strata map, and from his imprisonment for debt to his detailed stratigraphical county maps.

This sumptuous volume begins with an introduction by Douglas Palmer that places Smith’s work in the context of earlier, concurrent, and subsequent ideas regarding the structure and natural processes of the earth, geographical mapping, and biostratigraphical theories. The book is then organized into four parts, each beginning with four sheets from Smith’s hand-colored, 1815 strata map, accompanied by related geological cross-sections and county maps, and followed by fossil illustrations by Smith contemporary James Sowerby, all organized by strata. Essays between each section explore the aims of Smith’s work and its application in the fields of mining, agriculture, cartography and hydrology. Strata concludes with reflections on Smith’s later years as an itinerant geologist and surveyor, plagiarism by a rival, receipt of the first Wollaston Medal in recognition of his achievements, and the influence of his geological mapping and biostratigraphical theories on the sciences—all of which culminated in the establishment of the modern geological timescale.

Featuring a foreword by Robert Macfarlane, Strata is a glorious testament to the lasting geological and illustrative genius of William Smith, a collection as colossal and awe-inspiring as the layers of the Earth themselves.

"Reading it, I longed for one of the cushions that archivists rest precious books on, with a string of beads to hold down the page. Yet 'reading it' isn’t quite the right phrase. The experience is more like going to an exhibition, stopping to pore over a map, skipping over a diagram, going back to check labels, taking a breath before entering another room. Strata is far more than a coffee-table tome (why don’t we have an English term for these large-format books, to match the French beaux livres?). While it nods to Smith’s Regency period, the design is spacious, airy, and modern. . . . It is indeed defiant, like an exuberant fireworks display in dark times. . . . As Strata peels back layers of history and ideas as well as rock, many readers will stand, as Smith did, in awe at the worlds below, the body of Earth itself."

"Strata are the ribboned horizontal layers of minerals and sediment that underlie the topography of all the landmasses on the earth and have been revealed by erosion over hundreds of millions of years. Although the practice of mapping geologic layers had begun in the mid-17th century, the science of how strata formed was still nascent. By the late 1700s self-made land surveyor-cum-geologist William Smith brought new breadth and perspective to the study in his work for a mining and prospecting firm. Captured in the many maps and sketches in this stunning collection, the fossils he systematically tagged to particular geologic strata paved the way for a more holistic view of geology that enabled other researchers and industrialists to predict the geologic makeup of large regions. Perhaps the culmination of this pioneering work is Smith’s Technicolor map of Britain’s geologic deposits, which he labeled with the colloquial names used by miners and quarrymen of the day: Red Marl colored in peach pink, London Clay in sky gray, Chalk in chartreuse. Smith was known to take long ‘walkings out’ in the early morning with hammer and notebook in hand, absorbing the history of the planet, where so many others had merely passed by."

“For a geologist’s view: Strata is a museum exhibit worth of artifacts from nineteenth-century geologist William Smith, who pioneered mapping layers of earth itself. The book is a vast biography, breaking off for a study of fossils and agriculture, always with an eye toward otherworldly illustrations of this world.”

"Behind velvet curtains on a staircase in the east wing of Burlington House in London is an eight foot tall map of England, Scotland, and Wales made up of fifteen pages (available to view by appointment). The survey, produced by William Smith and published in 1815, is considered the first true geological map. One doesn’t need to know anything about its subject to see at once that this is the work of a master craftsman, richly color­ed and meticulously detailed. . . . Some of these iterations have been collated as part of a new book, Strata, along with additional surveys and sketches and a series of essays that form a biography both of the man and of the emerging discipline. . . . The publishers, with assistance from researchers at the Oxford Museum of Natural History, have created a coherent visual narrative, presenting a number of the maps that in­spir­ed Smith, as well as later works that drew on his techniques."

"Some books are beautiful, others are enlightening. Strata is both. Packed with exquisite illustrations, it presents the work of William Smith, a seventeenth-century geologist, who was the first person to comprehensively map the earth beneath our feet. It's the best non-fiction book I've read in a long time."

"Strata is close to home—but a home seen utterly differently, where conventional colors are replaced by candy-stripes, or heritage paint hues. . . . This is a suitably prestigious tribute, with marbled endpapers, facsimile maps, and pages from sketchbooks, and essays touching on canal-building, cartography, drainage, mineralogy, mining, paleontology, water-finding, and other topics. . . . Smith had no social advantages, and suffered vicissitudes from imprisonment to ‘a mad, bad wife’, yet raised himself by obsessive ability, nicknamed ‘Strata Smith’ in his lifetime. We pity his much younger wife, ‘oddly-attired’ and violent-tempered, abandoned for months with creditors calling, or walking ignored behind as he filled his pockets with stones (she died in York lunatic asylum). He recovered his fortunes by giving lectures — hugely popular, despite what his nephew John Phillips (a later geological eminence) called ‘a certain abstractness of mind’, in which ‘slight matters... not clearly or commonly associated with the general purpose of the lecture, swelled into excrescences’. Such well-chosen details help us remember this pioneer whose ramblings revealed the newest of possibilities in the oldest of things."

"William Smith’s work as presented in this book offers a glimpse of ancient history and reminds us of the immensity of geological time. The book’s visual appeal distinguishes it—beautifully drawn, colorful maps and drawings are as much a work of art as of science. . . . This impressive selection is highly recommended for geologists or for anyone with an interest in what lies beneath our feet."

"Strata . . . examines and reproduces the historic map created in 1815 by William Smith; Britain’s first geological map. The official title of Smith’s map is as follows: 'Sheets I-II, A Delineation of the Strata of England and Wales with part of Scotland; Exhibiting the collieries and mines, the marshes and the fen lands originally overflowed by the sea and the varieties of soil according to the variations in the substrata, illustrated by the most descriptive names by W. Smith. William Smith, 1815.' . . .What is this? A glimpse of the very foundation of the world."

"As visually dazzling as a gem field. Bursting with full-color maps, illustrations and photographs, it presents the work of William Smith (1769-1839), who created the first geological map of England at a time when most people still believed the planet was just a few thousand years old. . . . If you know a geology nerd — or anyone interested in British history or fine books — 'Strata' will make a spectacular gift."

“Appropriately massif-sized, this book celebrates the geological work of William Smith (1769-1839), whose meticulous survey peeled back the underground layers of the British countryside and ushered in the age of modern stratigraphy. Smith's 1815 color map, issued in sixteen large sheets, is front and center, but the volume also features a lengthy biography, reproductions of Smith's notes and sketches, samples of fossils from his collection, and archival illustrations of mining, manufacturing, and landscapes of the time. Beautifully bound, with gorgeous marbled endpapers and 500 color plates, this is not only a fitting tribute to an almost­forgotten scientific pioneer, but is also a superb example of the book designer's art.”

"This volume is presented with the attractive features of a coffee-table book, but it is far from superficial. It rests upon a firm basis of scholarship and provides a well-balanced account of Smith and his geological maps that will appeal to a broad readership."

"It is both a book to be attentively read for the wealth of information it contains as well as one with which to relax and allow oneself to be overcome by the—dare I say, given the prevalence of so many sensuous soft curves in the formations therein so delicately depicted, voluptuous?—beauty of its lavish, colorful maps and illustrations. Just be sure to brew an extra-large pot of tea and have it near to hand before sitting down with the book so you won’t need to bestir yourself once you’ve opened its pages and settled in for the duration."

"It is truly sumptuous, and yet is also a comprehensive discussion of William Smith’s maps (including the revolutionary ‘A Delineation of the Strata of England and Wales, with part of Scotland’) and career. It is beautifully produced, printed on quality paper and the full color illustrations are outstanding."

“William Smith was a terranaut—a deep-time visionary who taught himself to see down into bedrock and crust. . . . Though born chiefly of a pragmatic urgency to exploit the Earth’s resources, Smith’s map now exists somewhere between artwork, dreamwork, and data-set. It gives its readers trilobite-eyes, allowing them to see back into ancient Earth history and glimpse something of how profoundly this buried past shapes the surface world.”

Robert Macfarlane, from the foreword

1. BORDERS AND THE NORTH
Fossils: London Clay to Greensand
i. Apprentice, by Peter Wigley 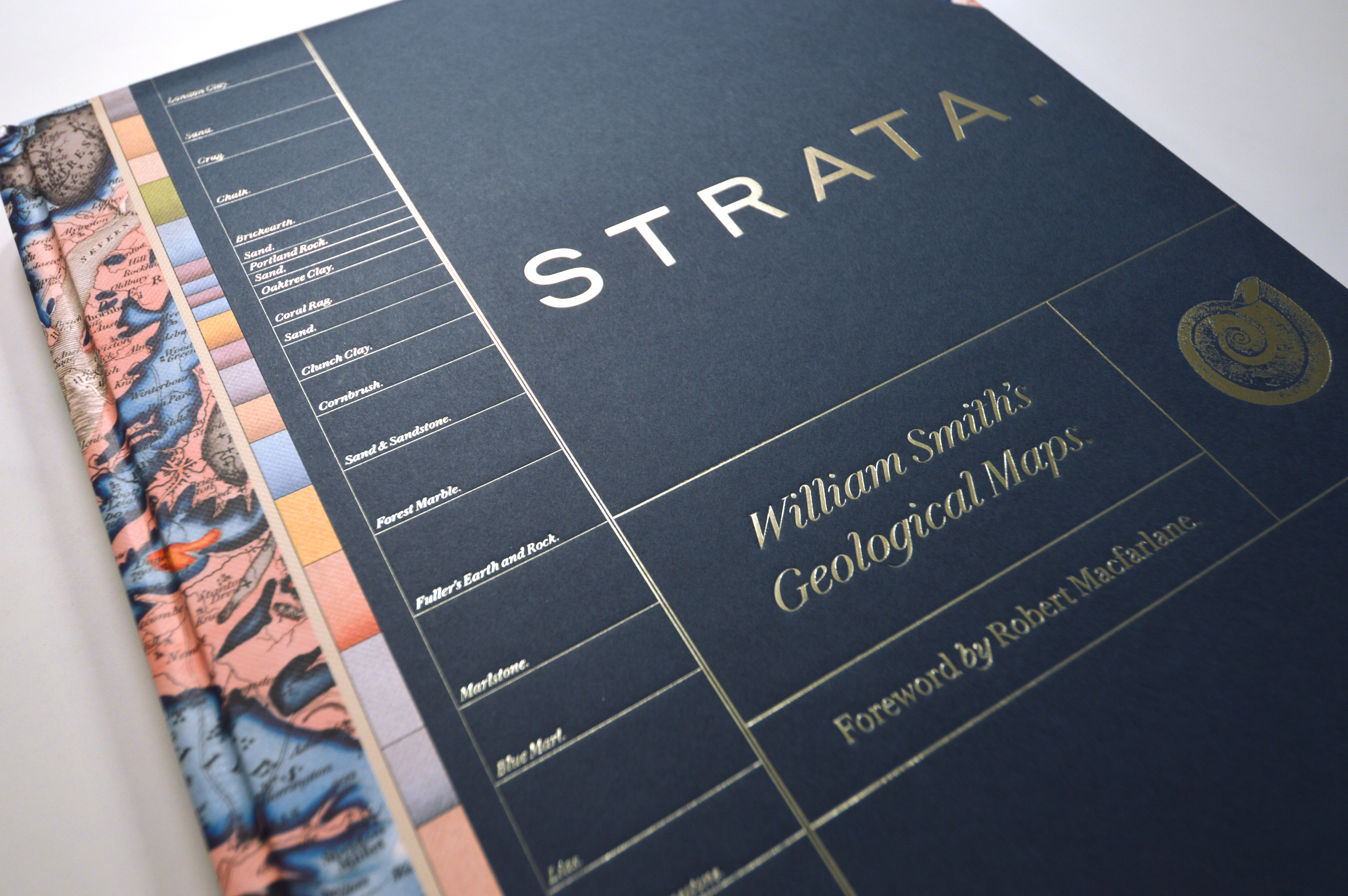 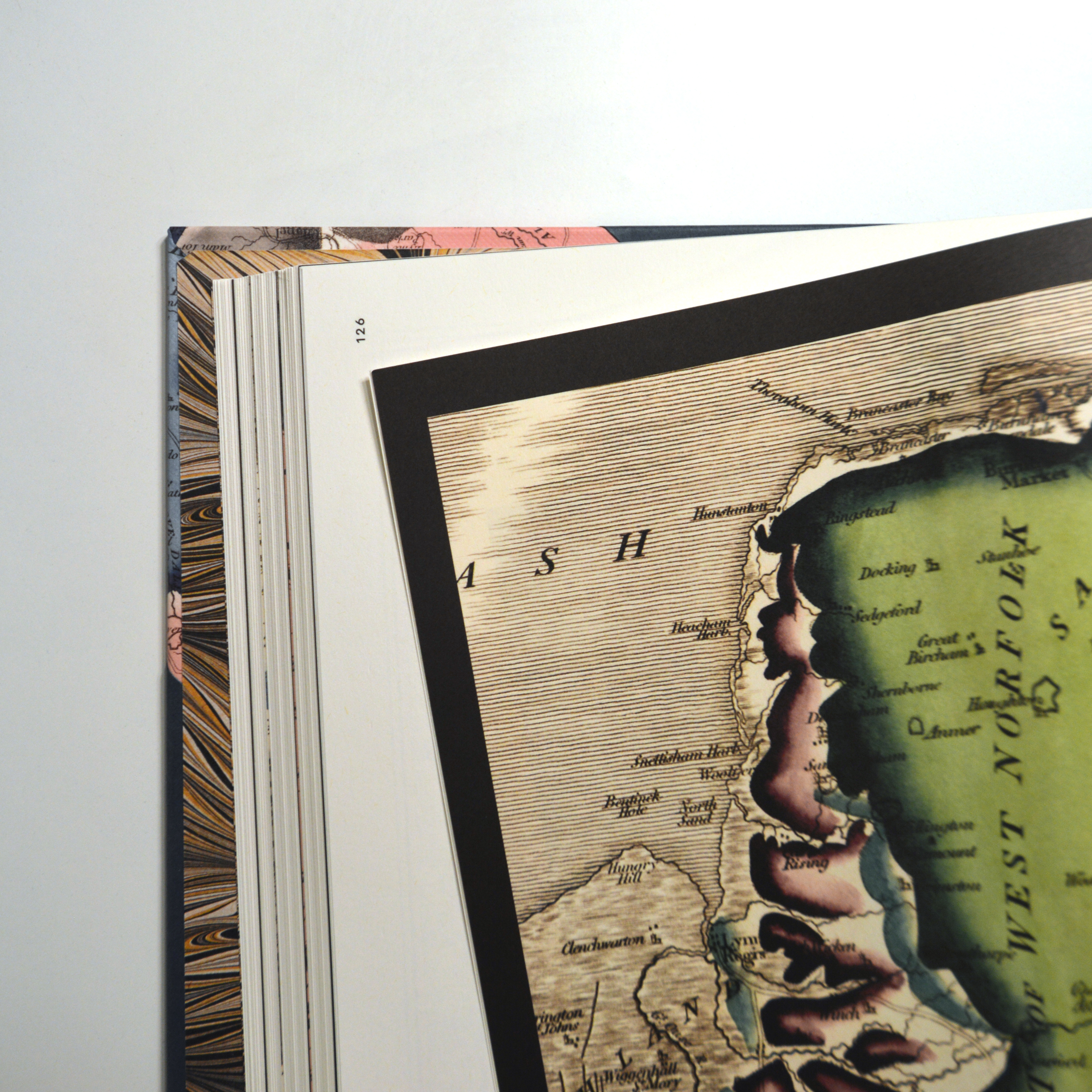 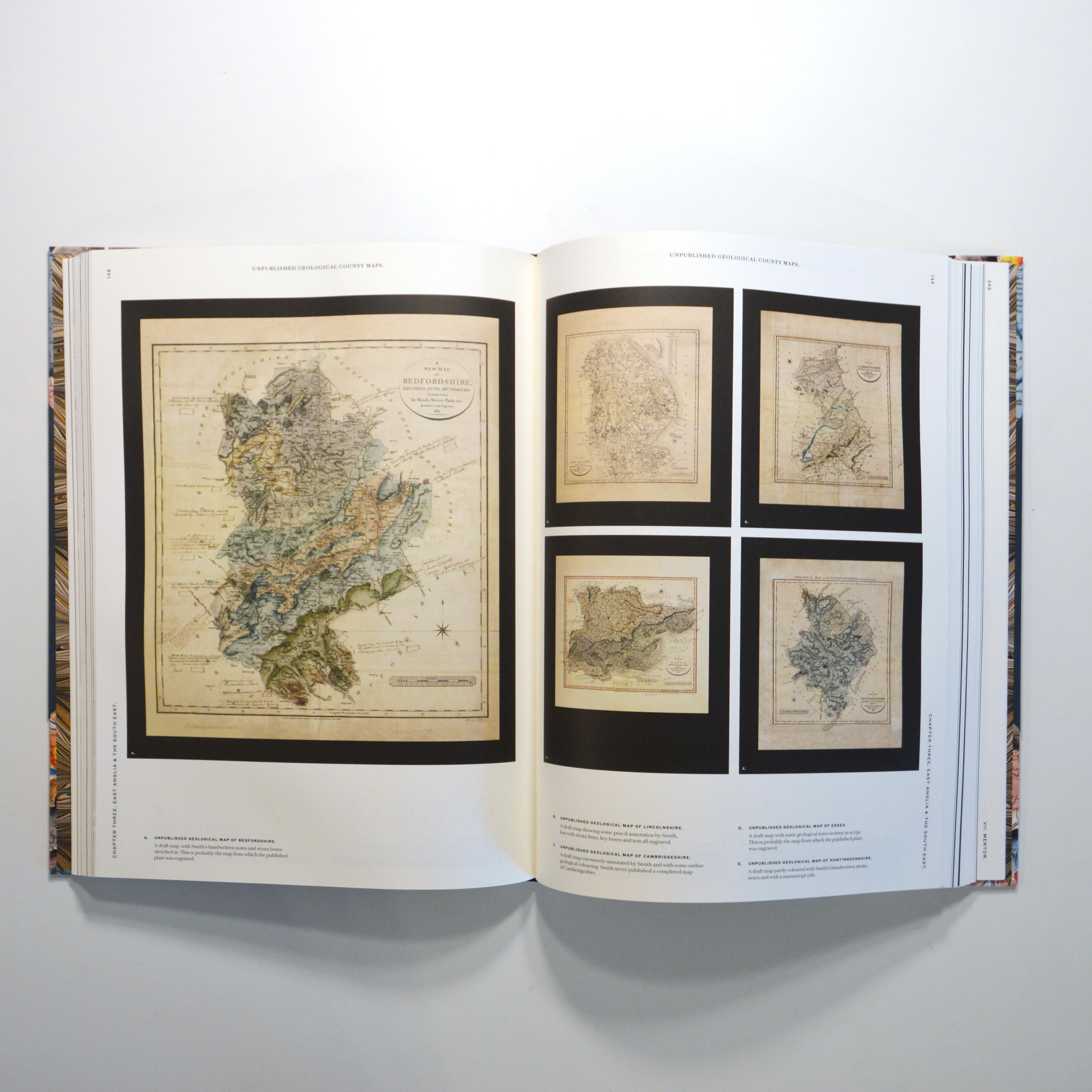 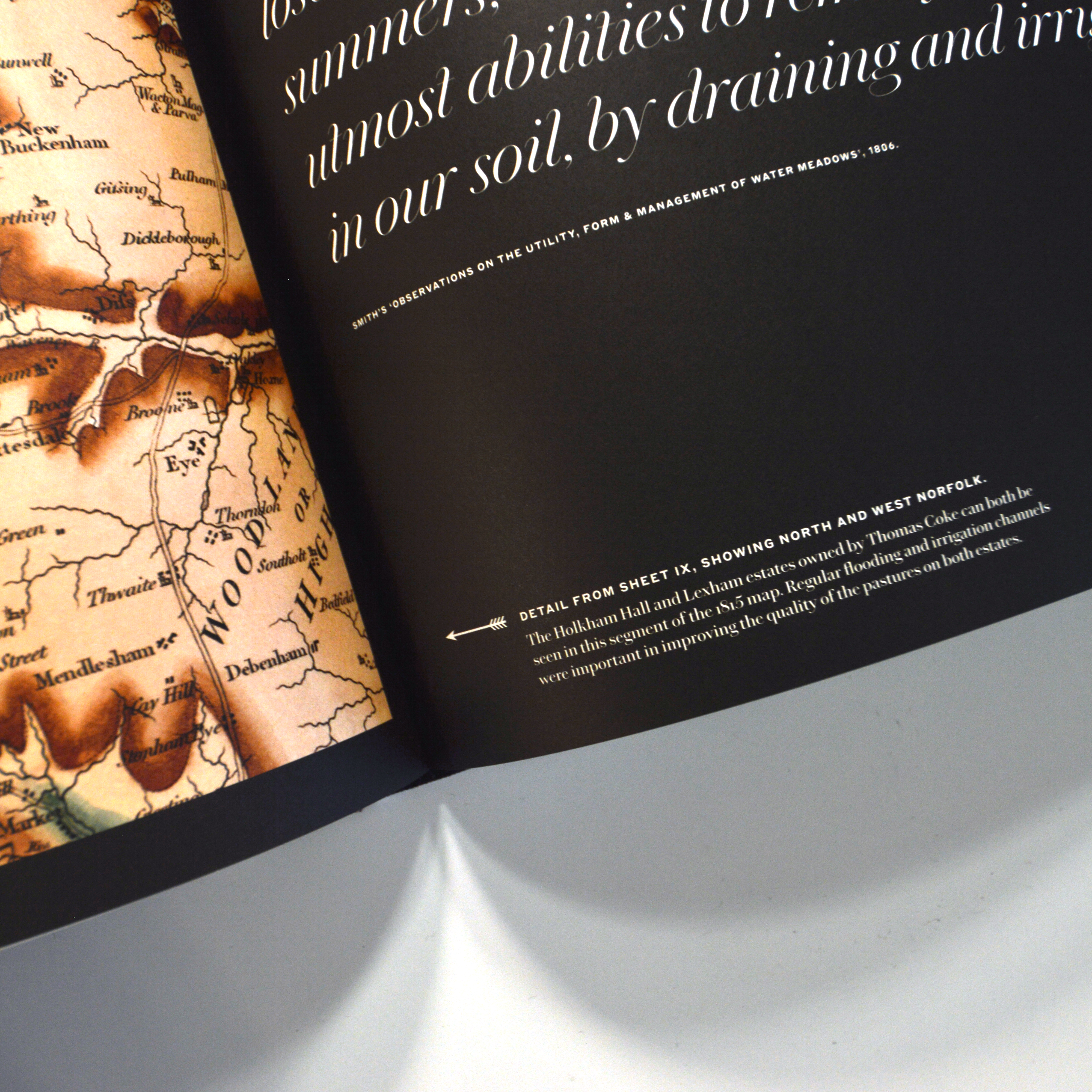