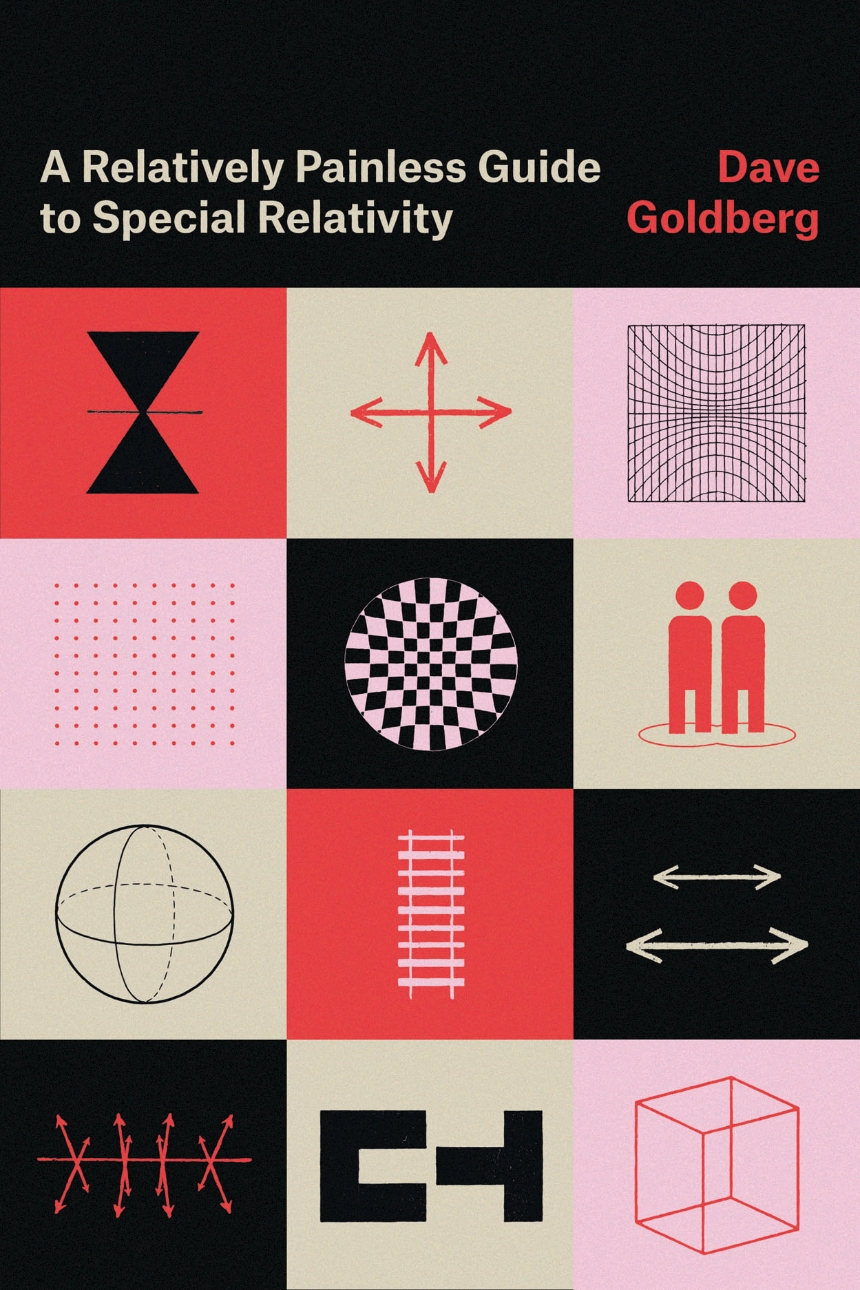 Serious and accessible—finally the special relativity course book that both physics majors and lifelong learners deserve.

Special relativity challenges one’s physical intuition of space, time, matter, and energy in a way that few other topics in physics do. Yet the subject is often treated as an extra in undergraduate courses—something to be picked up in a few random lectures and presented as a combination of geometric and logical puzzles (seemingly with the premise of getting the novice student to concede that Einstein was a genius and that the universe is weird). But special relativity is absolutely fundamental to modern physics. It is the canvas on which electromagnetism, particle physics, field theory, and ultimately general relativity are based. For physics students, developing a relativistic intuition isn’t just a luxury: it’s a requirement.

Physicist and popular author Dave Goldberg provides a rigorous but conversational introduction to fill this void in spacetime education. Employing the standard calculus a sophomore or junior university student in science, engineering, or computer science will have encountered, Goldberg connects relativity to a student’s work ahead, acquainting them with topics like tensors, the development of new physical theories, and how relativity directly relates to other disciplines. But more than this, Goldberg welcomes lifelong learners who may have encountered special relativity in popular accounts, but are seeking a mathematical challenge to understand an elegant physical theory.