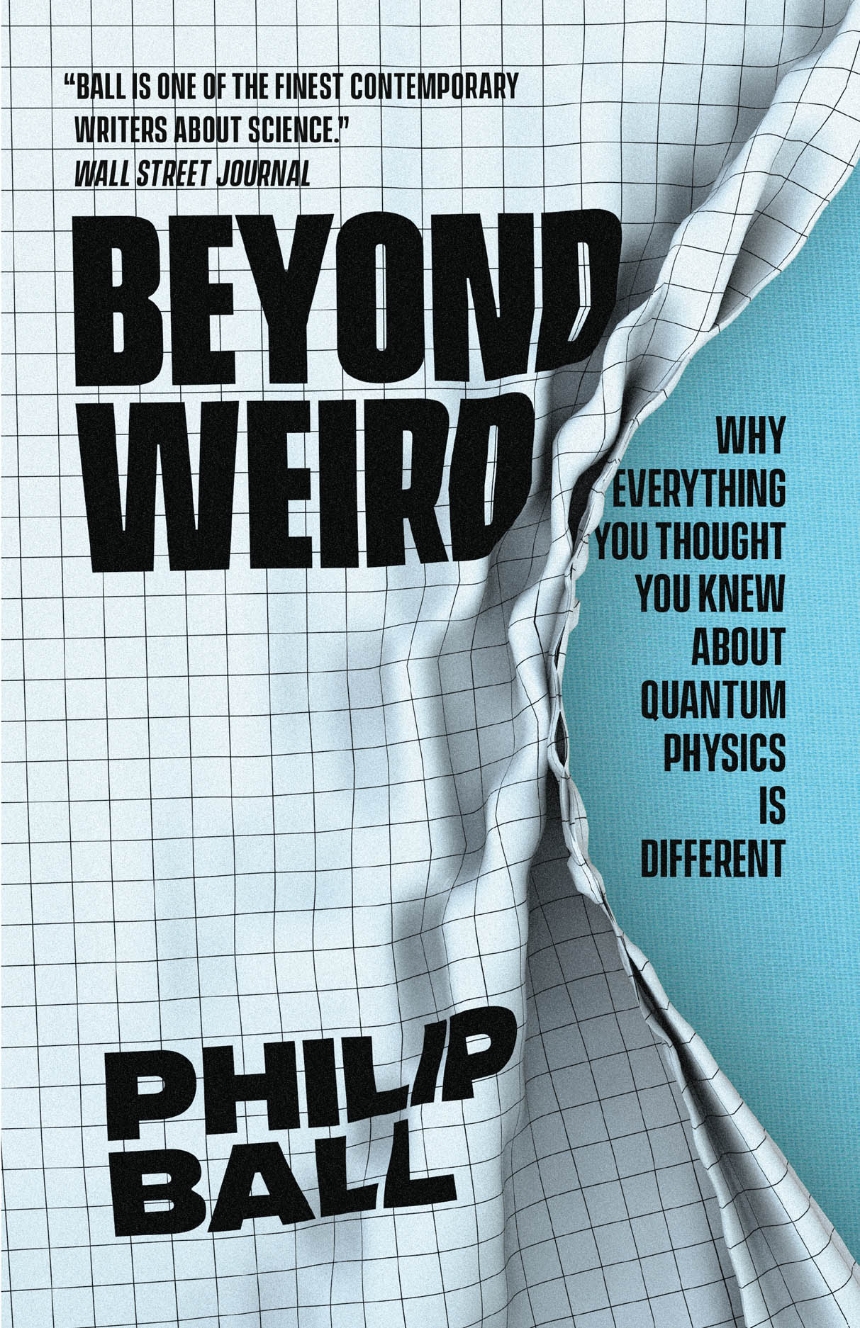 Why Everything You Thought You Knew about Quantum Physics Is Different

Why Everything You Thought You Knew about Quantum Physics Is Different

“Anyone who is not shocked by quantum theory has not understood it.”

Since Niels Bohr said this many years ago, quantum mechanics has only been getting more shocking. We now realize that it’s not really telling us that “weird” things happen out of sight, on the tiniest level, in the atomic world: rather, everything is quantum. But if quantum mechanics is correct, what seems obvious and right in our everyday world is built on foundations that don’t seem obvious or right at all—or even possible.

An exhilarating tour of the contemporary quantum landscape, Beyond Weird is a book about what quantum physics really means—and what it doesn’t. Science writer Philip Ball offers an up-to-date, accessible account of the quest to come to grips with the most fundamental theory of physical reality, and to explain how its counterintuitive principles underpin the world we experience. Over the past decade it has become clear that quantum physics is less a theory about particles and waves, uncertainty and fuzziness, than a theory about information and knowledge—about what can be known, and how we can know it.  Discoveries and experiments over the past few decades have called into question the meanings and limits of space and time, cause and effect, and, ultimately, of knowledge itself. The quantum world Ball shows us isn’t a different world. It is our world, and if anything deserves to be called “weird,” it’s us.

“Ball’s gorgeously lucid text takes us to the edge of contemporary theorizing about the foundations of quantum mechanics. Beyond Weird is easily the best book I’ve read on the subject.”

"The intention of Beyond Weird, though, is not simply to provide a dummy’s guide to the theory, but to explore its underlying meaning. We know that the equations work, but what sort of world do they really represent? To tackle the question, he weighs up the competing interpretations, and the misconceptions, that have attached themselves to quantum theory in its 100-year history, finishing with more recent attempts to rebuild the theory 'from scratch', and new ideas that offer tantalising glimpses beyond. . . . [A] laudable achievement."

“[A] clear and deeply researched account of what’s known about the quantum laws of nature, and how to think about what they might really mean.”

“An excellent account of modern quantum theory and the efforts being made to harness its effects.”

“This is the clearest and most insightful description of quantum enigmas that I have ever read. I kept being astonished at how Ball seemed to make one mystery after another vanish. He makes quantum mysteries disappear without removing their uncanniness. Brilliant and innovative, Beyond Weird may alter how quantum mechanics is taught not only to the public but also to physicists. I suspect that teachers of introductory quantum mechanics will be paraphrasing or outright quoting this book for decades.”

“It would be easy to think 'Surely we don't need another book on quantum physics.' There are loads of them. . . . Don't be fooled, though - because in Beyond Weird, Philip Ball has done something rare in my experience. . .it makes an attempt not to describe quantum physics, but to explain why it is the way it is.”

"If so great a physicist as Richard Feynman once claimed that 'nobody understands quantum mechanics,' what hope do we laypeople have? Luckily, Philip Ball, a freelance writer (formerly of Nature magazine) who has published widely on the history of science, tackles the subject in a user-friendly yet thorough introduction. . . . Replacing 'obscure terminology' with accessible ideas and drawings, Ball makes would-be physicists of us all."

"Ball . . . asks lots of questions, including rhetorical ones, and uses words like 'we' and 'let's' to turn readers into collaborators. The tone is reassuring; he never talks down to nonscientists. Instead, he invites them to join in exploring this 'new and unfamiliar logic' in which what we understand and how we measure something has an effect on what we observe. Replacing 'obscure terminology' with accessible ideas and drawings, Ball makes would-be physicists of us all."

"Philip Ball is one of the finest contemporary writers about science. . . . His prose is a pleasure to read."

Quantum mechanics is not really about the quantum

What ‘happens’ depends on what we find out about it

Whatever the question, the answer is ‘Yes’ (unless it’s ‘No’)

Not everything is knowable at once

There is no ‘spooky action at a distance’

The everyday world is what quantum becomes at human scales

Everything you experience is a (partial) copy of what causes it

Schrödinger’s cat has had kittens

Quantum mechanics can be harnessed for technology

Quantum computers don’t necessarily perform ‘many calculations at once’

There is no other ‘quantum’ you

Things could be even more ‘quantum’ than they are (so why aren’t they)?

Can we ever get to the bottom of it?