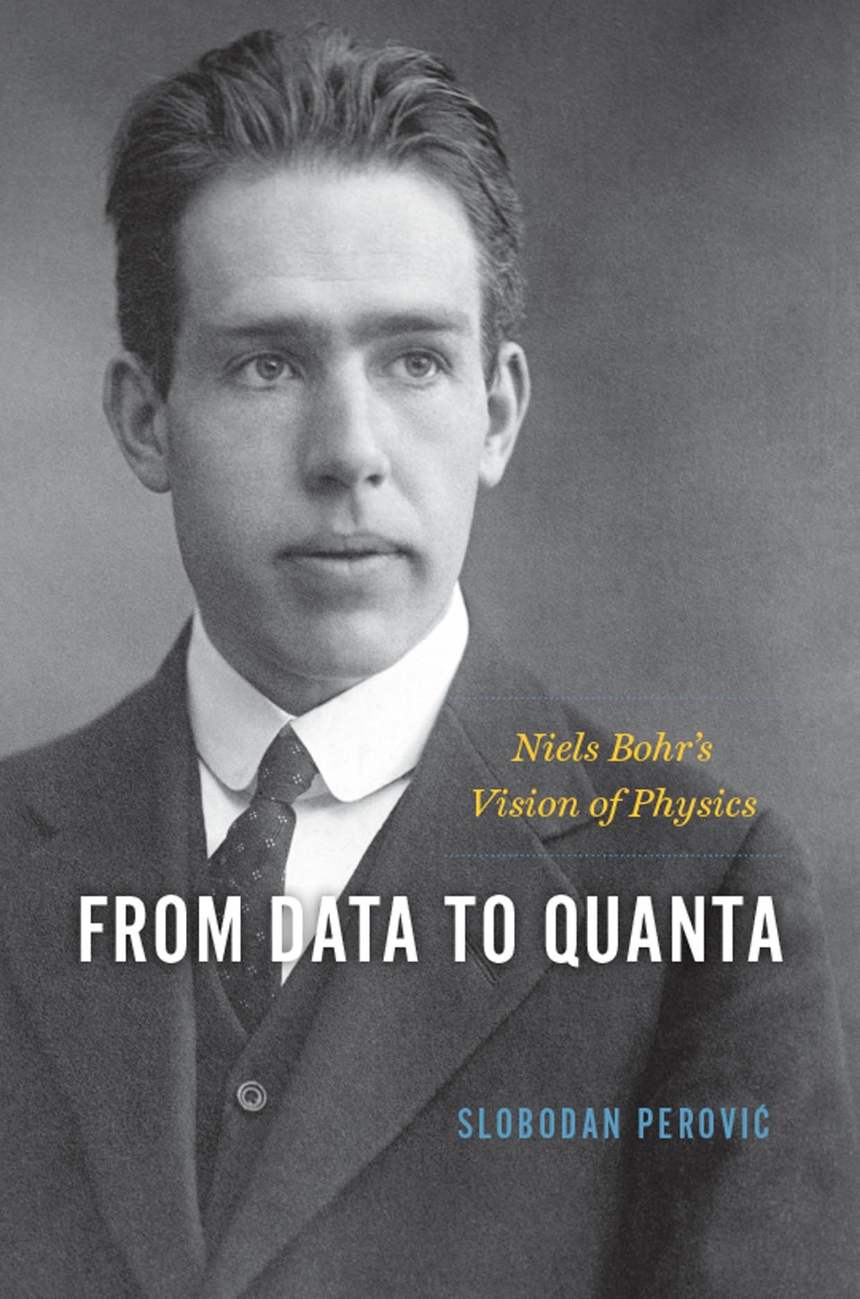 From Data to Quanta

From Data to Quanta

The first comprehensive philosophical and historical account of the experimental foundations of Niels Bohr’s practice of physics.

Niels Bohr was a central figure in quantum physics, well known for his work on atomic structure and his contributions to the Copenhagen interpretation of quantum mechanics. In this book, philosopher of science Slobodan Perović explores the way Bohr practiced and understood physics, and analyzes its implications for our understanding of modern science. Perović develops a novel approach to Bohr’s understanding of physics and his method of inquiry, presenting an exploratory symbiosis of historical and philosophical analysis that uncovers the key aspects of Bohr’s philosophical vision of physics within a given historical context.

To better understand the methods that produced Bohr’s breakthrough results in quantum phenomena, Perović clarifies the nature of Bohr’s engagement with the experimental side of physics and lays out the basic distinctions and concepts that characterize his approach. Rich and insightful, Perović’s take on the early history of quantum mechanics and its methodological ramifications sheds vital new light on one of the key figures of modern physics.

"Adds a new dimension to the scholarship on Bohr. . . . An important contribution and supplement to our understanding of one of the greatest physics-philosophers of modern time. The author looks at Bohr's path to his atomic model and his interpretation of quantum mechanics with fresh eyes. The book also illuminates aspects of Bohr's view of physics, in particular his methodology, that most other philosophers of science have ignored or paid less attention to in their attempts to understand Bohr's philosophy."

"Among the many books on Bohr and the early history and philosophy of quantum physics, Perović's text is notable for two reasons. Rather than discuss Bohr's ideas in general, gathering from his many scattered remarks on the interpretation of puzzling features of quantum physics over a long career, Perović emphasizes and documents Bohr's work as a rigorous experimental physicist for whom theoretical ideas arose from and were grounded on careful description of experiments described in plain phenomenological language. By focusing attention on the details of experiments supporting a hierarchy of more general abstract theory, Perović clarifies Bohr's thinking about key controversial concepts in quantum physics, such as the correspondence principle, observation, and complementarity... Highly recommended."

"Perović offers a novel and refreshingly unorthodox interpretation of Bohr's seminal contributions to quantum physics and their philosophical implications. Adopting a method of historically sensitive analysis, he argues convincingly that the great Dane came to his overarching hypotheses, including the complementarity principle, by inductive reasoning inherently based on experiments. He skillfully defends Bohr against the charges that his epistemological and methodological views were amateurish armchair philosophy. Perović's book on Bohr's vision is recommendable from a scientific, historical, and philosophical perspective."

"In this book, Perović provides a fascinating new perspective on Bohr's unique approach to physics, in which experiment played a pivotal role in the very process of constructing new theories. Here Perović weaves together careful historical research with philosophical insight in presenting an image of Bohr as a theoretical physicist whose thinking was deeply immersed in the daily workings of the laboratory. This book constitutes a valuable contribution to Bohr scholarship and the philosophy of scientific practice."

"Perović has given us a most welcome reassessment of Bohr’s methodology of science. He makes an insightful analysis of Bohr's many-layered approach, which started with considerations of specific experiments and gradually and carefully went into deeper theoretical and philosophical ideas. This detailed and imaginative study successfully rehabilitates Bohr and defends his views from many unsympathetic critics, then and now. Perović's book is a major addition to the literature in the history and philosophy of modern physics, and also an exemplary study integrating the history and the philosophy of science."

4  Spectral Lines, Quantum States, and a Master Model of the Atom
5  The Correspondence Principle as an Intermediary Hypothesis
6  Reception
7  The Scientific Moderator