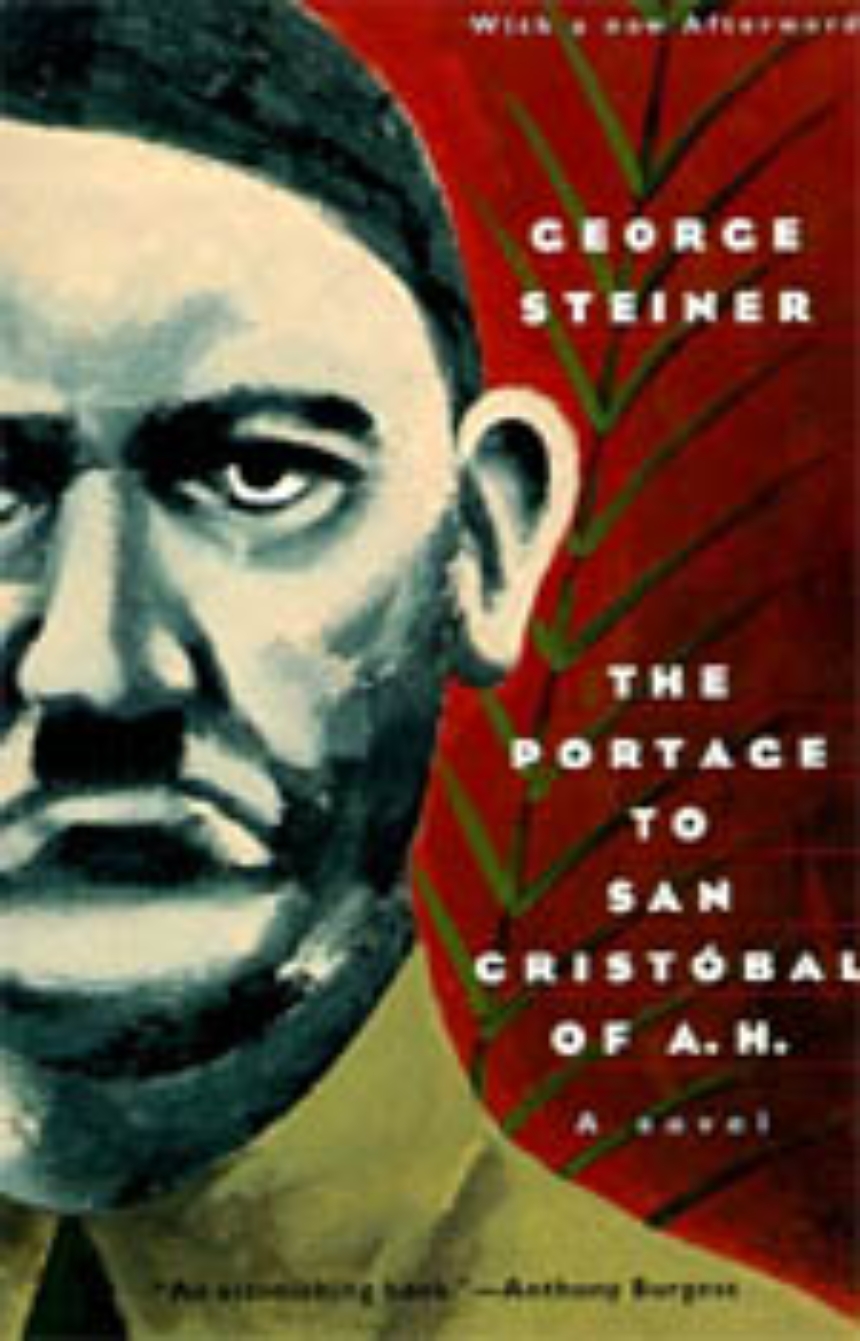 The Portage to San Cristobal of A. H.

The Portage to San Cristobal of A. H.

Imagine, thirty years after the end of World War II, Israeli Nazi-hunters, some of whom lost relatives in the gas chambers of Nazi Germany, find a silent old man deep in the Amazon jungle. He is Adolph Hitler. The narrative that follows is a profound and disturbing exploration of the nature of guilt, vengeance, language, and the power of evil—each undiminished over time. George Steiner’s stunning novel, now with a new afterword, will continue to provoke our thinking about Nazi Germany’s unforgettable past.

"Two readings have convinced me that this is a fiction of extraordinary power and thoughtfulness. . . . [A] remarkable novel."—Bernard Bergonzi, Times Literary Supplement

"In this tour de force Mr. Steiner makes his reader re-examine, to whatever conclusions each may choose, a history from which we would prefer to avert our eyes."—Edmund Fuller, Wall Street Journal

"Portage largely avoids both the satisfactions of the traditional novel and the horrifying details of Holocaust literature. Instead, Steiner has taken as his model the political imaginings of an Orwell or Koestler. . . . He has produced a philosophic fantasy of remarkable intensity."—Otto Friedrich, Time