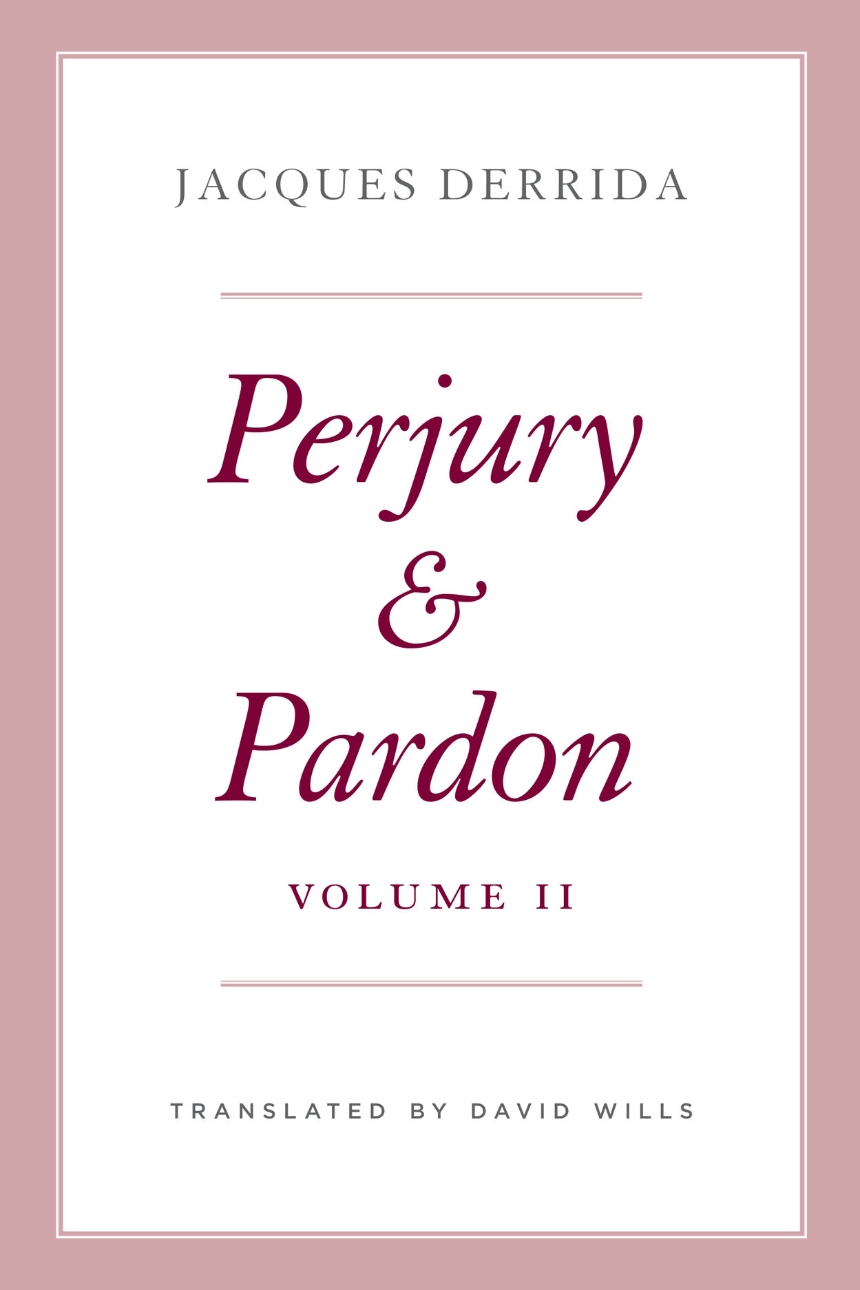 Translated by David Wills
An exploration of the political dimensions of forgiveness and repentance from Jacques Derrida.

Perjury and Pardon is a two-year seminar series given by Jacques Derrida at the École des hautes études en sciences sociales in Paris during the late 1990s. In these sessions, Derrida focuses on the philosophical, ethical, juridical, and political stakes of the concept of responsibility. His primary goal is to develop what he calls a “problematic of lying” by studying diverse forms of betrayal: infidelity, denial, false testimony, perjury, unkept promises, desecration, sacrilege, and blasphemy.

This volume covers the seminar’s second year when Derrida explores the political dimensions of forgiveness and repentance. Over eight sessions, he discusses Hegel, Augustine, Levinas, Arendt, and Benjamin as well as Bill Clinton’s impeachment and Nelson Mandela and Desmond Tutu’s testimonies before the Truth and Reconciliation Commission. The seminars conclude with an extended reading of Henri Thomas’s 1964 novel Le Parjure.

The Seminars of Jacques Derrida