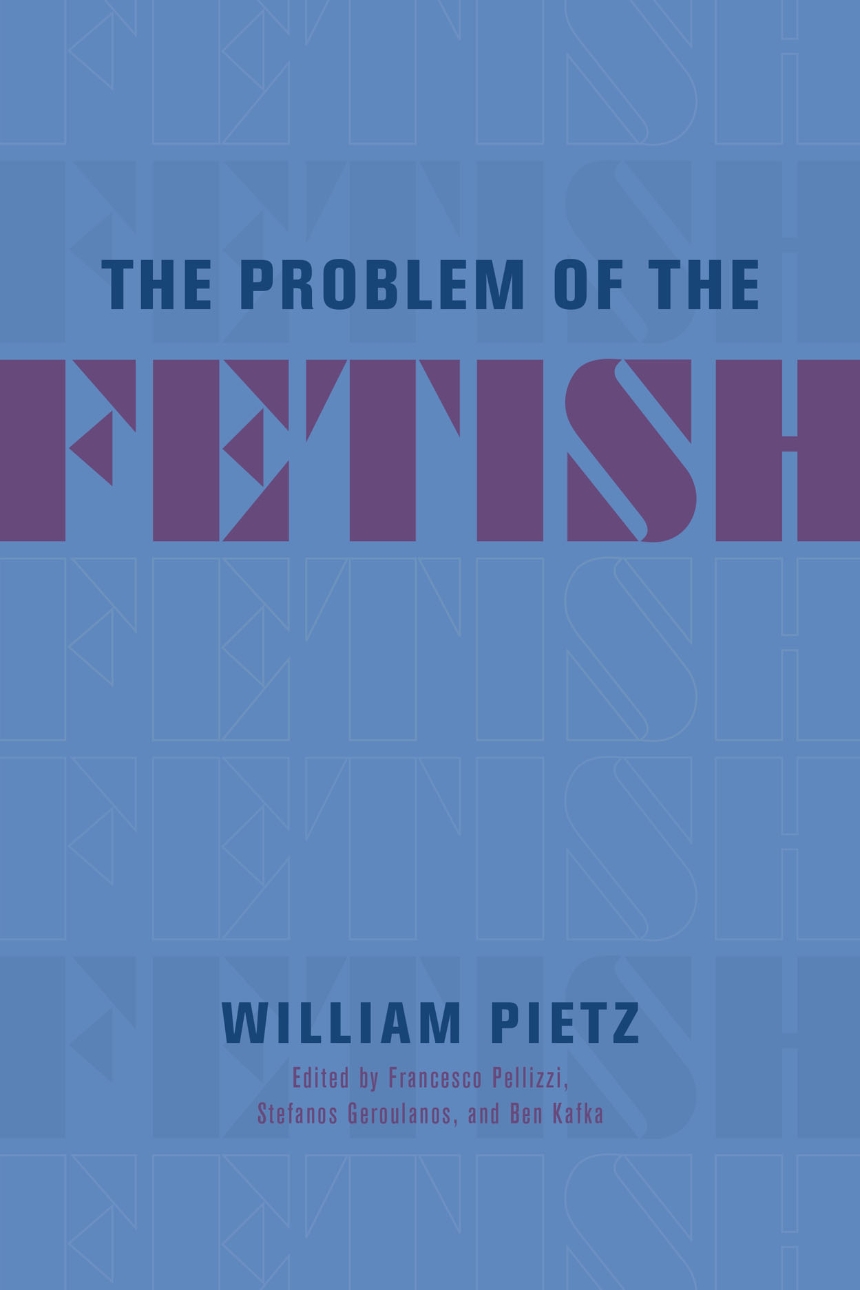 The Problem of the Fetish

The Problem of the Fetish

Edited by Francesco Pellizzi, Stefanos Geroulanos, and Ben Kafka
A groundbreaking account of the origins and history of the idea of fetishism.

In recent decades, William Pietz’s innovative history of the idea of the fetish has become a cult classic. Gathered here, for the first time, is his complete series of essays on fetishism, supplemented by three texts on Marx, blood sacrifice, and the money value of human life. Tracing the idea of the fetish from its origins in the Portuguese colonization of West Africa to its place in Enlightenment thought and beyond, Pietz reveals the violent emergence of a foundational concept for modern theories of value, belief, desire, and difference. This book cements Pietz’s legacy of engaging questions about material culture, object agency, merchant capitalism, and spiritual power, and introduces a powerful theorist to a new generation of thinkers.

Foreword: William Pietz in the 1980s
Francesco Pellizzi
An Introduction to the Sheer Incommensurable Togetherness of the Living Existence of the Personal Self and the Living Otherness of the Material World
Stefanos Geroulanos and Ben Kafka
Editorial Note
1. The Problem of the Fetish
The Problem of the Fetish
The Truth of the Fetish
The Historical Field of the Fetish
2. The Origin of the Fetish
Facticius in Christian Theology: Idolatry and Superstition
Feitiçaria in Christian Law: Witchcraft and Magic
Feitiço in Portuguese Guinea
Fetisso: Origin of the Idea of the Fetish
3. Bosman’s Guinea and Enlightenment Discourse
The Discourse about Fetissos on the Guinea Coast
African “Fetish Worship” and Mercantile Ideology
4. Charles de Brosses and the Theory of Fetishism
De Brosses’s Theory of Fetishism: The Hermeneutic of the Human Sciences and the Problem of Metaphor
Anti-universalist Hermeneutics
The Rhetoric of Fetish Worship in the French Enlightenment
5. Fetishism and Materialism: The Limits of Theory in Marx
The Semiological Reading of Marx
Marx and the Discourse about Fetishism
Religious Fetishism and Civil Society: The Critique of Hegel
Economic Fetishism: Marx on Capital
6. The Spirit of Civilization: Blood Sacrifice and Monetary Debt
African Fetishism and the Spirit of Civilization
Fetishism during the Colonial Conquest and the Problem of Human Sacrifice
Fetishism under Colonial Law and the Problem of Fatal Accidents
Debt, Fetishism, and Sacrifice as Concepts for Comparative Studies
7. Death of the Deodand: Accursed Objects and the Money Value of Human Life
The Unfortunate Death of the Honourable William Huskisson
Oliver Wendell Holmes on the Problem of the Deodand
The Pious Use Value of Accursed Objects and the Fiscal Body of the Christian Sovereign
The Incorporation of Capitalist Debt into the Sovereign Body
The Abolition of Deodand: The Money Value of Human Life and Immortal Bodies without Sovereignty
Acknowledgments
Notes
Bibliography
Index