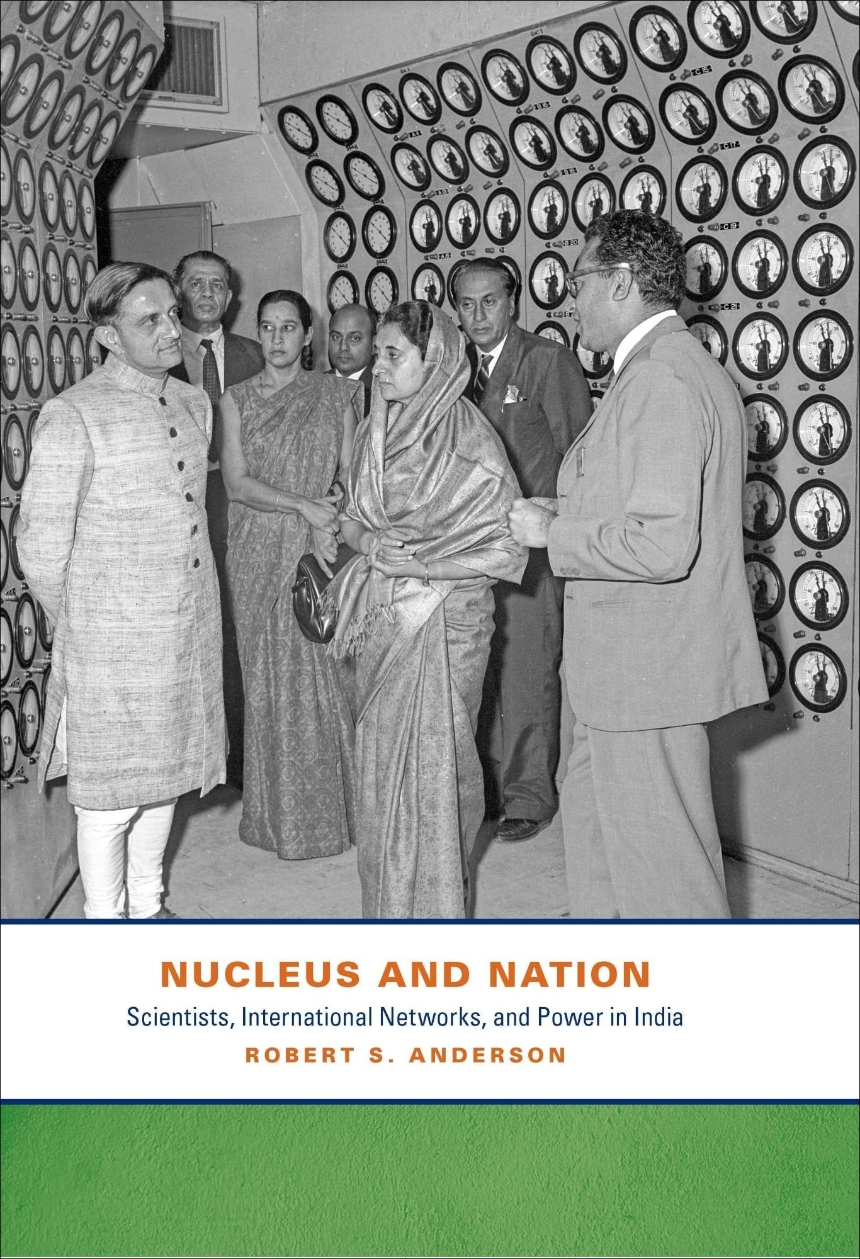 In 1974 India joined the elite roster of nuclear world powers when it exploded its first nuclear bomb. But the technological progress that facilitated that feat was set in motion many decades before, as India sought both independence from the British and respect from the larger world. Over the course of the twentieth century, India metamorphosed from a marginal place to a serious hub of technological and scientific innovation. It is this tale of transformation that Robert S. Anderson recounts in Nucleus and Nation.

Tracing the long institutional and individual preparations for India’s first nuclear test and its consequences, Anderson begins with the careers of India’s renowned scientists—Meghnad Saha, Shanti Bhatnagar, Homi Bhabha, and their patron Jawaharlal Nehru—in the first half of the twentieth century before focusing on the evolution of the large and complex scientific community—especially Vikram Sarabhi—in the later part of the era. By contextualizing Indian debates over nuclear power within the larger conversation about modernization and industrialization, Anderson hones in on the thorny issue of the integration of science into the framework and self-reliant ideals of Indian nationalism. In this way, Nucleus and Nation is more than a history of nuclear science and engineering and the Indian Atomic Energy Commission; it is a unique perspective on the history of Indian nationhood and the politics of its scientific community.

“In this fascinating book, based on considerable research, Anderson recounts in detail the role and relevance of scientific activists, their interactions with Western scientists, and the encouragement they received from the Indian government and support from the West.”

“Nucleus and Nation is a scholarly masterpiece—an indispensable text. Anderson fills in a huge scholarly gap by telling a big, complex, fascinating, and important story exceedingly well—with a judicious mix of empathy and a scholar’s critical distance. This highly accessible, nuanced, balanced, thoroughly researched, profoundly thought-provoking, and lucidly written book should be a ‘must read’ for anyone interested in science, nuclear power, technology, colonialism, or modern Indian politics.”

“Anderson . . . chronicles the complex and many-sided development of Indian nuclear science with considerable skill aided by meticulous research. . . . Nucleus and Nation is especially recommended for anyone interested in studying, or engaged in a struggle against nuclear nationalism and militarism. Anderson helps us comprehend the history of an Indian science that has given the country the Bomb but no solution to socio-economic backwardness.”

“Robert Anderson was the first to study systematically the rise of nuclear science and physicists in India. This landmark study, the outcome of four decades of careful archival and ethnographic research, has been long awaited. It is by far the most comprehensive study of the international and domestic networks of scientists and scientific policy makers ever completed. It fills countless holes in the historical record and provides a wealth of new details regarding the functioning of Indian scientific establishments and the careers of the founding ‘political’ scientists who shaped independent India’s scientific and technological institutions.”

“It is not easy to write a gripping narrative of the technical details, institutional arrangements, and interpersonal relationships within scientific institutions and between political powers, but Robert Anderson has pulled it off. Nucleus and Nation is a complex, wide-ranging, and engaging work.”

“The history of Indian science since independence is the canvas on which Anderson has painted an intricate picture of the development of nuclear power in India. Nucleus and Nation embraces a breathtaking range; it includes incisive portraitures of key participants, analysis of political events, and deep insights into social and public contexts of modernization and industrialization that reveal the links between the public and the private at significant junctures in Indian history. Anderson’s mastery of his archival materials and their narrative exposition, as well as his personal observations about the functioning of scientific institutions in India combined with his informed grasp of science and debates within Indian nationalism and the contentious context of globalization, make the book one that many of us working in this area have been waiting for.”

Note on Spelling, Photographs, and Currencies

two  Building Scientific Careers in the 1920s: Saha and Bhatnagar, from London to Allahabad and Lahore

six  Indian Scientists Engage the Empire: The CSIR and the Idea of Atomic and Industrial Power

nine  Bhatnagar Builds His Chain of Laboratories and Steps Upward

thirteen  A Scientist in the Political System: Professor Saha Goes to Parliament, 1952–55

eighteen  Governance and Influence in the Research Institutes Bhatnagar Built

twenty-three  The First Bomb Test: Its Context, Reception, and Consequences in India

twenty-four  The Scientific Community, the State of Emergency, and After, 1975–80