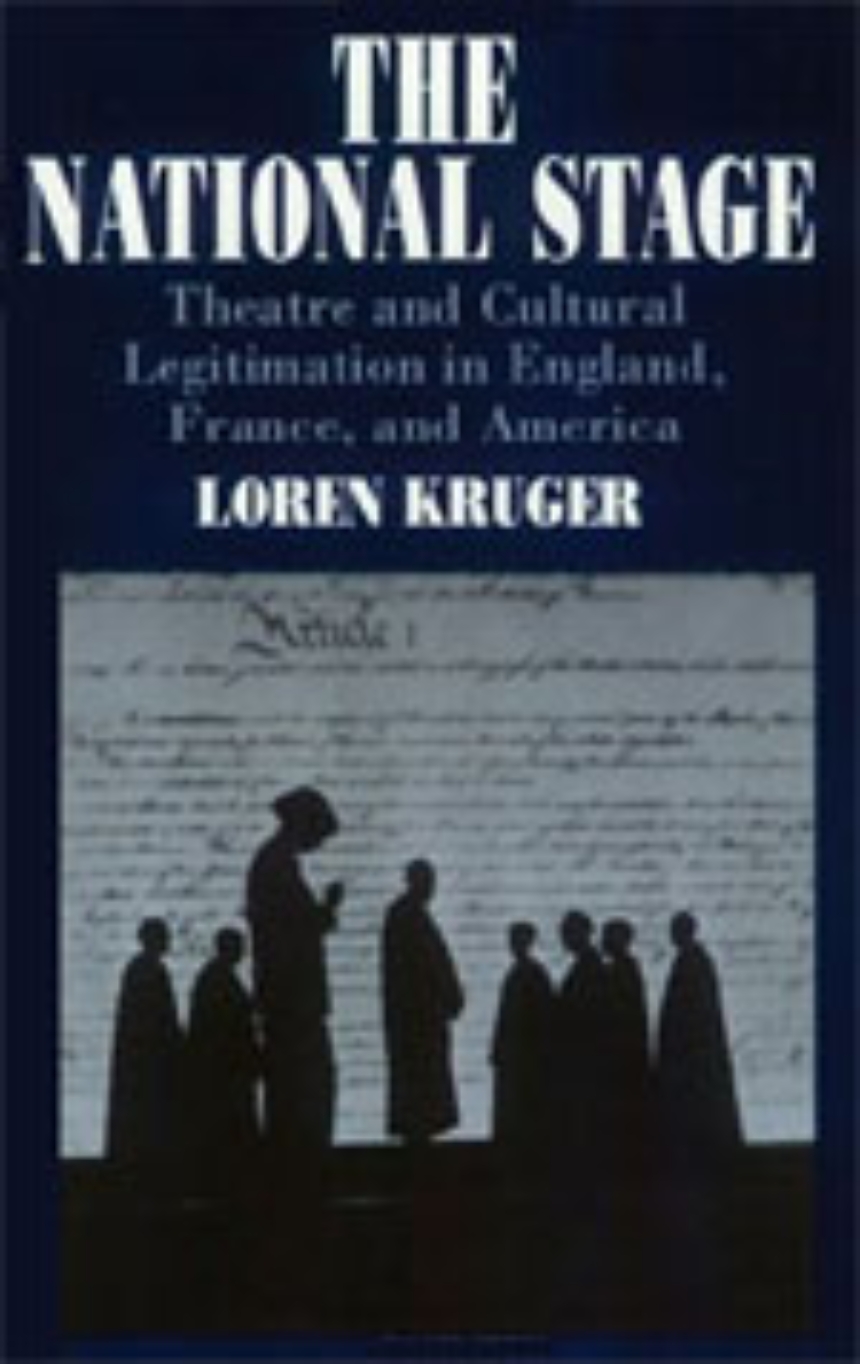 Theatre and Cultural Legitimation in England, France, and America

Theatre and Cultural Legitimation in England, France, and America

The idea of staging a nation dates from the Enlightenment, but the full force of the idea emerges only with the rise of mass politics. Comparing English, French, and American attempts to establish national theatres at moments of political crisis—from the challenge of socialism in late nineteenth-century Europe to the struggle to "salvage democracy" in Depression America—Kruger poses a fundamental question: in the formation of nationhood, is the citizen-audience spectator or participant?

The National Stage answers this question by tracing the relation between theatre institution and public sphere in the discourses of national identity in Britain, France, and the United States. Exploring the boundaries between history and theory, text and performance, this book speaks to theatre and social historians as well as those interested in the theoretical range of cultural studies.

List of Illustrations
Acknowledgments
1. Theatrical Nationhood and Popular Legitimation
National Stage, Public Sphere
From Ideological State Apparatus to Legitimate Institution
Placing the Occasion: The Institution of Theatre
Impure Autonomy and the Dramatic Text
Hegemony High and Low: The Place of Popular Theatre
2. "Theatre to Contain a People"
National Popular Theatre in Republican France
Theatre as "Rapprochement": Michelet and Popular Unity
The People Advance: Social(ist) Theatre and Popular Sovereignty
Theatre to Contain a People: The Orchestration of Rolland
Danton on Display: The People in Attendance
Theatre as Public Service
3. "Our National House": Patronizing the English National Theatre
A National House for the Middle Class: Wilson to Arnold
Barker’s Schemes and Estimates for a National Patron
Strife at Court: Staging National Reconciliation
"Our National House": Debates on a National Theatre
4. "A People’s Theatre": Art, Democracy, and the Federal Theatre
"Theatre as a Weapon": The Dramaturgy of Class Struggle
"A Theatre Is Born": The Art of the Weapon
"The Greatest Achievement Is the Creation of an Audience"
"The Most Native Form": The Living Newspaper and the Nation
Conclusion
Notes
Index