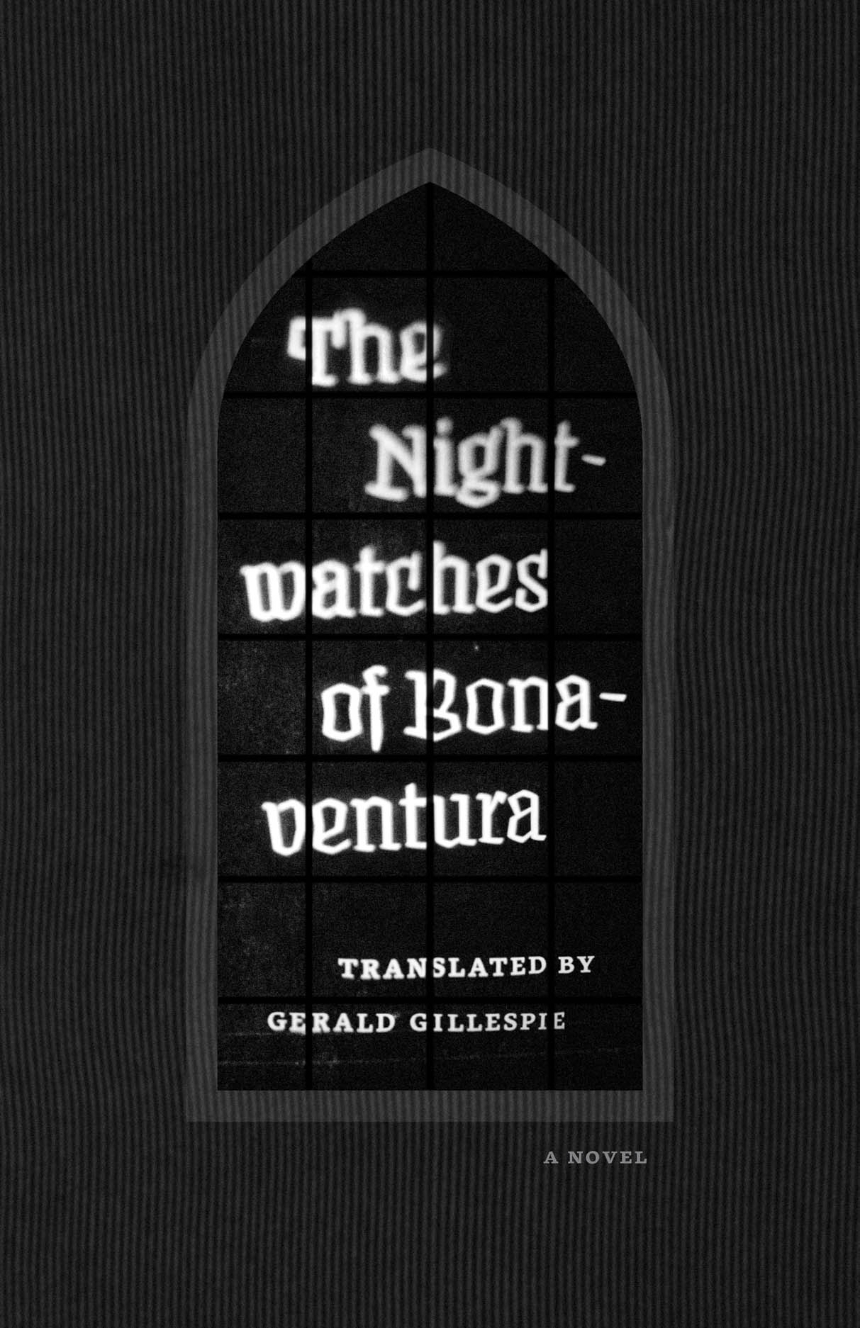 Translated and with a new Introduction by Gerald Gillespie
First published in German in 1804, under the nom de plume “Bonaventura,” The Nightwatches of Bonaventura is a dark, twisted, and comic novel, one part Poe and one part Beckett. The narrator and antihero is not Bonaventura but a night watchman named Kreuzgang, a failed poet, actor, and puppeteer who claims to be the spawn of the devil himself. As a night watchman, Kreuzgang takes voyeuristic pleasure in spying on the follies of his fellow citizens, and every night he makes his rounds and stops to peer into a window or door, where he observes framed scenes of murder, despair, theft, romance, and other private activities. In his reactions, Kreuzgang is cynical and pessimistic, yet not without humor. For him, life is a grotesque, macabre, and base joke played by a mechanical and heartless force.

Since its publication, fans have speculated on the novel’s authorship, and it is now believed to be by theater director August Klingemann, who first staged Goethe’s Faust. Organized into sixteen separate nightwatches, the sordid scenes glimpsed through parted curtains, framed by door chinks, and lit by candles and shadows anticipate the cinematic. A cross between the gothic and the romantic, The Nightwatches of Bonaventura is brilliant in its perverse intensity, presenting an inventory of human despair and disgust through the eyes of a bitter, sardonic watcher who draws laughter from tragedy.

Translated by Gerald Gillespie, who supplies a fresh introduction, The Nightwatches of Bonaventura will be welcomed by a new generation of English-language fans eager to sample the night’s dark offerings.
Read an excerpt "The First Three Nightwatches".

“Fans of upscale horror, postmodern literature, and literary analysis will find something to like in this unusual, fractured novel, first published in Germany in 1804. It unfolds as a series of spooky episodes, 16 ‘Nightwatches,’ told by a ringmaster and raconteur who refers to himself as a night watchman, a spectral and sometimes melodramatic figure—‘I’ve touched on my madcap deeds; but then the worst of them all is my life itself.’ In baroque, often murky prose, he shares dreams, observations both literal and philosophical, literary analyses, and dark tales reminiscent of Poe and Lovecraft.”

“In style The Nightwatches is fantastically overblown, as was the custom for these early novels, and comically nihilistic: ‘Sobriety is the tomb of art!’ says a young actor in the book, for example, who the narrator has encountered in a cemetery, naturally enough, ‘dawdling in the moonlight’, and who has just held an empty pistol to his forehead and fired it, in an early example of method acting. . . . A common theme in this oddly modern book is the failure of idealism and the shipwreck of dreams. . . . An essential read for anyone interested in Gothic literature or Romanticism.”

“The Nightwatches of Bonaventura is a comic novel that exudes mystery. From the dark and disturbing musings of its shadowy protagonist, the nightwatchman Kreuzgang, to the veiled identity of the author, known for years simply as Bonaventura but now widely held to be the theatre director August Kingemann, everything about it compels the reader to find out more.”

THE NIGHTWATCHES
Nightwatch 1. The dying freethinker
Nightwatch 2. The devil’s apparition
Nightwatch 3. Stony Crispin’s discourse on the chapter de adulteriis
Nightwatch 4. Woodcuts; along with the life of a madman as a marionette play
Nightwatch 5. The brothers
Nightwatch 6. Doomsday
Nightwatch 7. Self-portraiture—Funeral oration on a child’s birthday—The itinerant minstrel—Suit for slander
Nightwatch 8. The poet’s apotheosis—Farewell letter to life—Hanswurst’s prologue to the tragedy Man
Nightwatch 9. The madhouse—Monologue of the insane creator of the world—The reasonable fool
Nightwatch 10. The winter’s night—Love’s dream—The white and the crimson bride—The nun’s burial—Run through the musical scale
Nightwatch 11. Premonitions of one born blind—The vow—The first sunrise
Nightwatch 12. The solar eagle—The immortal wig—The false pigtail—Apology of life—The comedian
Nightwatch 13. Dithyramb on spring—The title without book—The invalid home of the gods—The backside of Venus
Nightwatch 14. The love of two fools
Nightwatch 15. The marionette theater
Nightwatch 16. The Bohemian woman—The man with second sight—The father’s grave