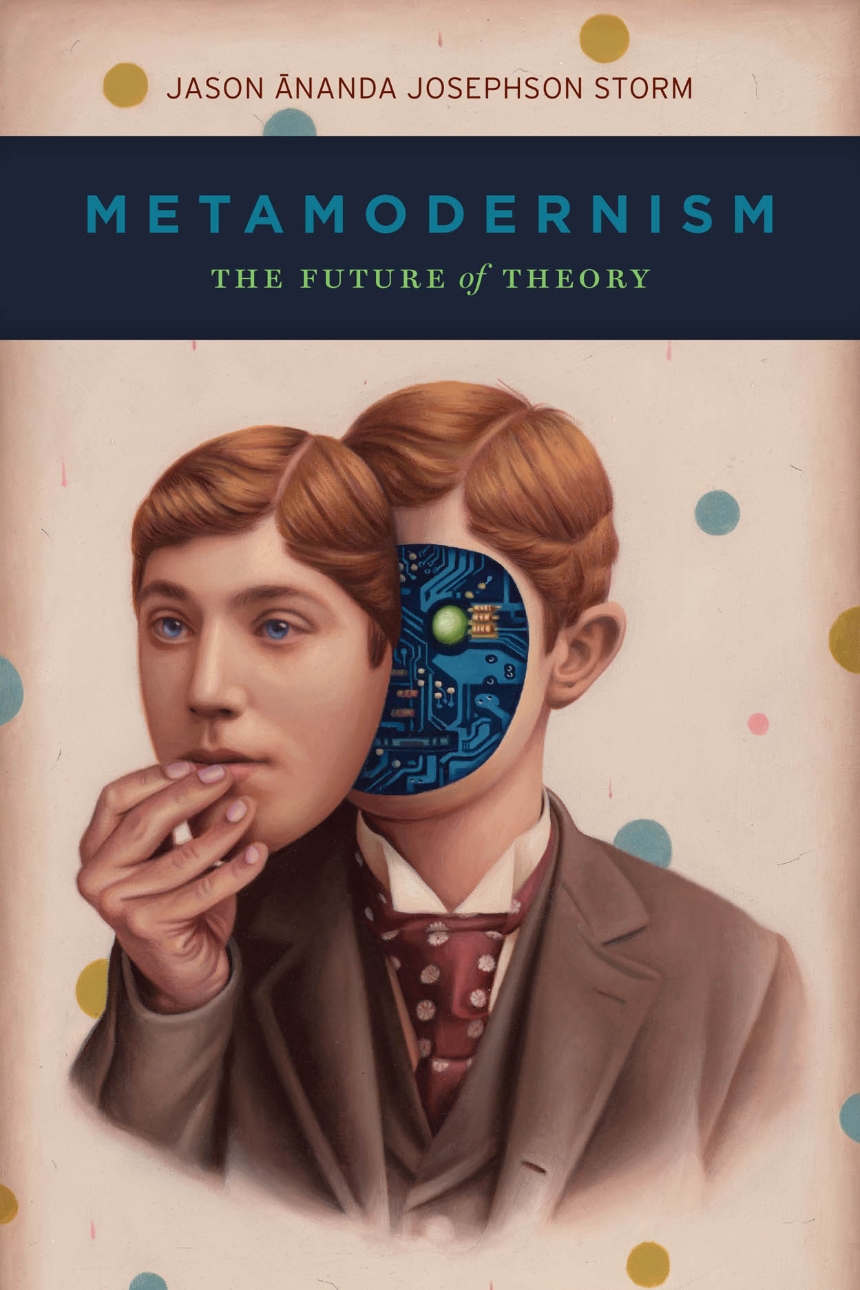 The Future of Theory

The Future of Theory

For decades, scholars have been calling into question the universality of disciplinary objects and categories. The coherence of defined autonomous categories—such as religion, science, and art—has collapsed under the weight of postmodern critiques, calling into question the possibility of progress and even the value of knowledge. Jason Ānanda Josephson Storm aims to radicalize and move beyond these deconstructive projects to offer a path forward for the humanities and social sciences using a new model for theory he calls metamodernism.

Metamodernism works through the postmodern critiques and uncovers the mechanisms that produce and maintain concepts and social categories. In so doing, Storm provides a new, radical account of society’s ever-changing nature—what he calls a “Process Social Ontology”—and its materialization in temporary zones of stability or “social kinds.” Storm then formulates a fresh approach to philosophy of language by looking beyond the typical theorizing that focuses solely on human language production, showing us instead how our own sign-making is actually on a continuum with animal and plant communication.

Storm also considers fundamental issues of the relationship between knowledge and value, promoting a turn toward humble, emancipatory knowledge that recognizes the existence of multiple modes of the real. Metamodernism is a revolutionary manifesto for research in the human sciences that offers a new way through postmodern skepticism to envision a more inclusive future of theory in which new forms of both progress and knowledge can be realized.

Religion: Comparative Studies and History of Religion, Religion and Society

"Storm has produced an ambitious, truly thought-provoking and innovative project, to be sure. . . . Storm always writes as clearly as possible given the undeniably complex subject matter; nowhere will readers find the sort of purposefully obscure prose for which philosophers such as Derrida were famous for."

"It is hard to know which is more astonishing, the ambition of the book or the seemingly infinite resources Storm effortlessly draws on to tackle the task he has set for himself. It is rare to find a scholar with such competence and internal freedom, able to bring long-held notions into the light, not necessarily just to expose hidden flaws but, more positively, to reconsider things in a fundamental way and to retain only what is genuinely worthwhile."

"In a world of endless academic compartmentalization, it is refreshing to encounter a monograph that actually says something big (indeed, several such things!). Still more impressive is that the book does not sacrifice the specific for the general. . . . The virtues of this book are many. To read it is an education in itself, and each of Storm’s general judgments strikes this particular reader as full of precisely the kind of wisdom, creativity, concreteness, and (most preciously) openness of soul that wins through magnanimous persuasion."

"Not only is the book, in his own words, difficult to summarize, Storm has decided to take on a rather sizable chunk of current modern and postmodern theory, and the result is intricate, inspiring, infuriating, and absolutely worthwhile. . . . Storm has proven himself one of the best-read scholars working in the humanities today. Nor is he simply a capable scholar—he has something to say."

"Metamodernism is a powerhouse intervention in theorizing in the human sciences. The ambition of the book, summarily, is to draw dialectically on postmodern critiques of philosophical assumptions about the world and how we know it and to forge a higher-order position that assimilates those negations into a new, richer system."

"I experienced Metamodernism as a breath of fresh air blowing through a room filled with cobwebs, phantoms, and dusty furniture. It opens windows that let new light come in and give us a glimpse of distant horizons and possible new futures for the study of religion, the humanities, and even humanity as such."

“It’s a long time since I’ve had such a vigorous—and rigorous—intellectual work-out! Metamodernism is not only an astute diagnosis of the confusions and contradictions of contemporary thought; it also offers compelling alternatives. Ambitious, lucid, and erudite, this is a book that demands to be read and argued over.”

Rita Felski, author of The Limits of Critique

“Storm’s previous book, The Myth of Disenchantment, was an extraordinary reevaluation of our understanding of modernity, a path-breaking achievement. His new work promises an equally thought-provoking revisioning of the tasks of theoretical work in the humanities—a new way of going beyond modernity.”

Simon Glendinning, author of The Idea of Continental Philosophy

"In Metamodernism Josephson-Storm (Williams College) argues that the specialized academy has fragmented itself artificially into a multitude of disciplines, which has had the result of completely destroying the possibility of a singular pursuit of knowledge. This phenomenon, he contends, is the grist of many postmodernist critiques. But he is hopeful in that he attempts to pave a new way forward for theory—as the subtitle of the book suggests. Central to his approach is the development of process social ontology, an ontology that allows for development along with shifts and changes in social relations. This ontology allows for gradations of reality that correspond to the gradations of reality found in social phenomena. This reviewer was particularly fascinated by Josephson-Storm's description of the reading of the book as a kind of therapeutic activity for the disintegrated postmodern philosopher. This is a valuable book for those engaged in research about postmodern critiques of theory."

"Rather than exploring the genealogies of religious ideas (as in his two prior books), here [Storm] provides a serious and brilliant effort to chart a course between classical essentialism and postmodern skepticism—one simultaneously acknowledging both the limits of knowledge and the objective reality of the phenomena described by social theory. Since reading it, I find myself frequently drawing on its insights in a whole variety of different contexts—and you will too."

Preface and Acknowledgments
Note on Texts and Citations
Opening
0.1-Into the Abyss: Postmodernism Unraveling
0.2-Overview of the Work

Part I. Metarealism
1-How the Real World Became a Fable, or The Realities of Social Construction
1.1-Realism as Scientism
1.2-Varieties of Mind-Dependence
1.3-When Realism Becomes Antirealism and the Reverse
1.4-Apocalyptic Realism and the Human Sciences, or Real as Socially Constructed
1.5-Metarealism: Modes of the Real
1.6-Conclusion: Modes of Reality; Modes of Existence

Part III. Hylosemiotics
5-Hylosemiotics: The Discourse of Things
5.1-Beyond the Linguistic Turn
5.2-A Minimal Metaontology
5.3-The Meanings of Meaning
5.4-The Lion’s Roar: A Brief Excursion on the Possibilities of Translation
5.5-A Hylosemiotics of Sign-Aspects
5.6-The Mind Turned Inside Out
5.7-Conclusion: A Light in the Abyss