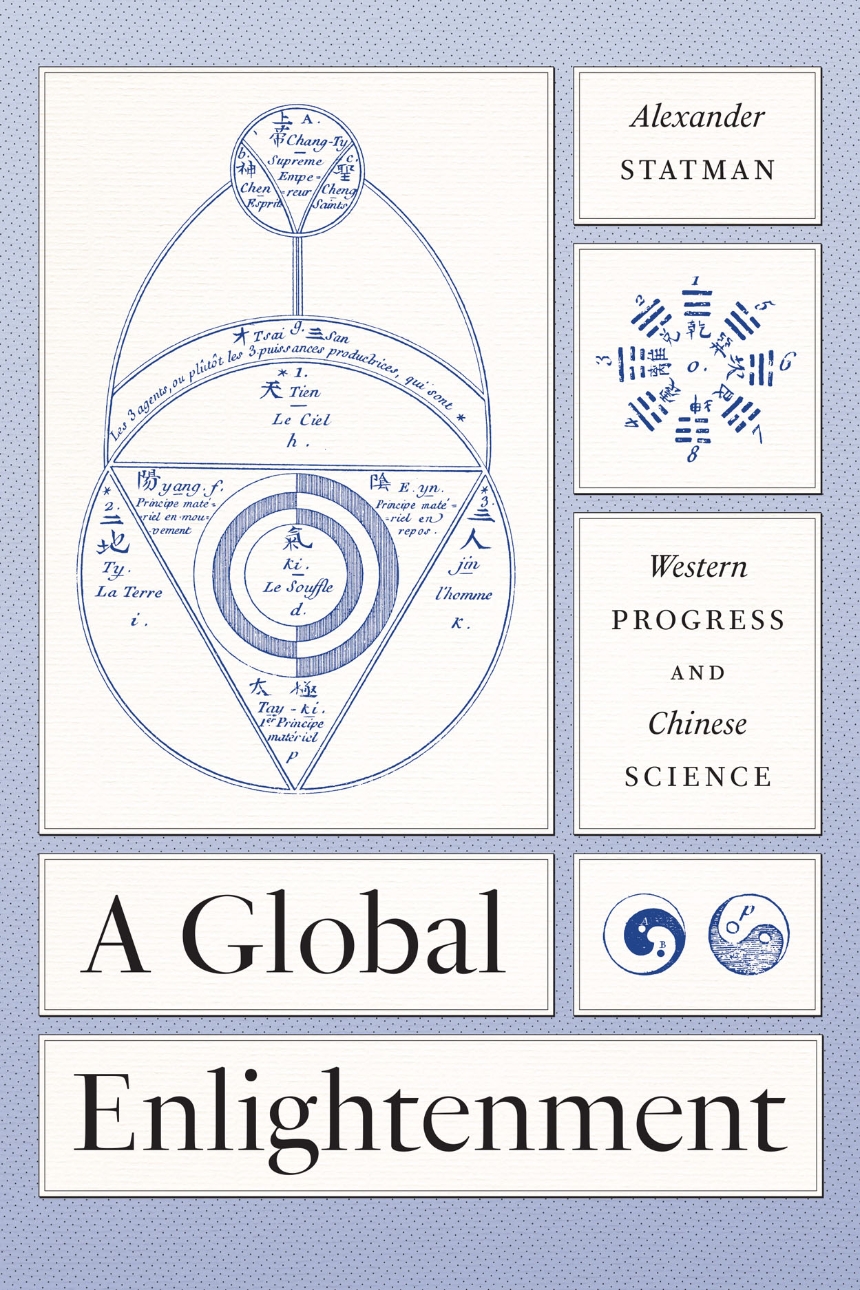 A revisionist history of the idea of progress reveals an unknown story about European engagement with Chinese science.

The Enlightenment gave rise not only to new ideas of progress but consequential debates about them. Did distant times and places have anything to teach the here and now? Voltaire could believe that they did; Hegel was convinced that they did not. Early philosophes praised Chinese philosophy as an enduring model of reason. Later philosophes rejected it as stuck in the past. Seeking to vindicate ancient knowledge, a group of French statesmen and savants began a conversation with the last great scholar of the Jesuit mission to China. Together, they drew from Chinese learning to challenge the emerging concept of Western advancement.

A Global Enlightenment traces this overlooked exchange between China and the West to make compelling claims about the history of progress, notions of European exceptionalism, and European engagement with Chinese science. To tell this story, Alexander Statman focuses on a group of thinkers he terms “orphans of the Enlightenment,” intellectuals who embraced many of their contemporaries’ ideals but valued ancient wisdom. They studied astronomical records, gas balloons, electrical machines, yin-yang cosmology, animal magnetism, and Daoist medicine. And their inquiries helped establish a new approach to the global history of science.

Rich with new archival research and fascinating anecdotes, A Global Enlightenment deconstructs two common assumptions about the early to late modern period. Though historians have held that the idea of a mysterious and inscrutable East was inherent in Enlightenment progress theory, Statman argues that it was the orphans of the Enlightenment who put it there: by identifying China as a source of ancient wisdom, they turned it into a foil for scientific development. But while historical consensus supposes that non-Western ideas were banished from European thought over the course of the Enlightenment, Statman finds that Europeans became more interested in Chinese science—as a precursor, then as an antithesis, and finally as an alternative to modernity.

“Statman has written a marvelous, engaging, and brilliant book. He is uniquely poised to demonstrate the genuine exchanges between Chinese and Western scholars during this period. His in-depth familiarity with the network of former Jesuit missionaries proves invaluable as he traces with extreme precision intellectual connections between Paris and Beijing. Truly a paradigm-shifting book.”

“This is a wonderful book about wonder—about the Europeans who mediated Chinese thought, history, and technology for their compatriots, and the categories they constructed to house the translated facts and concepts.”

Introduction
One. The Death of Voltaire’s Confucius
Two. The Ex-Jesuit Mission in China
Three. The Origins of Esotericism
Four. The Yin-Yang Theory of Animal Magnetism
Five. The Invention of Eastern Wisdom
Conclusion
Acknowledgments
Notes
Bibliography
Index