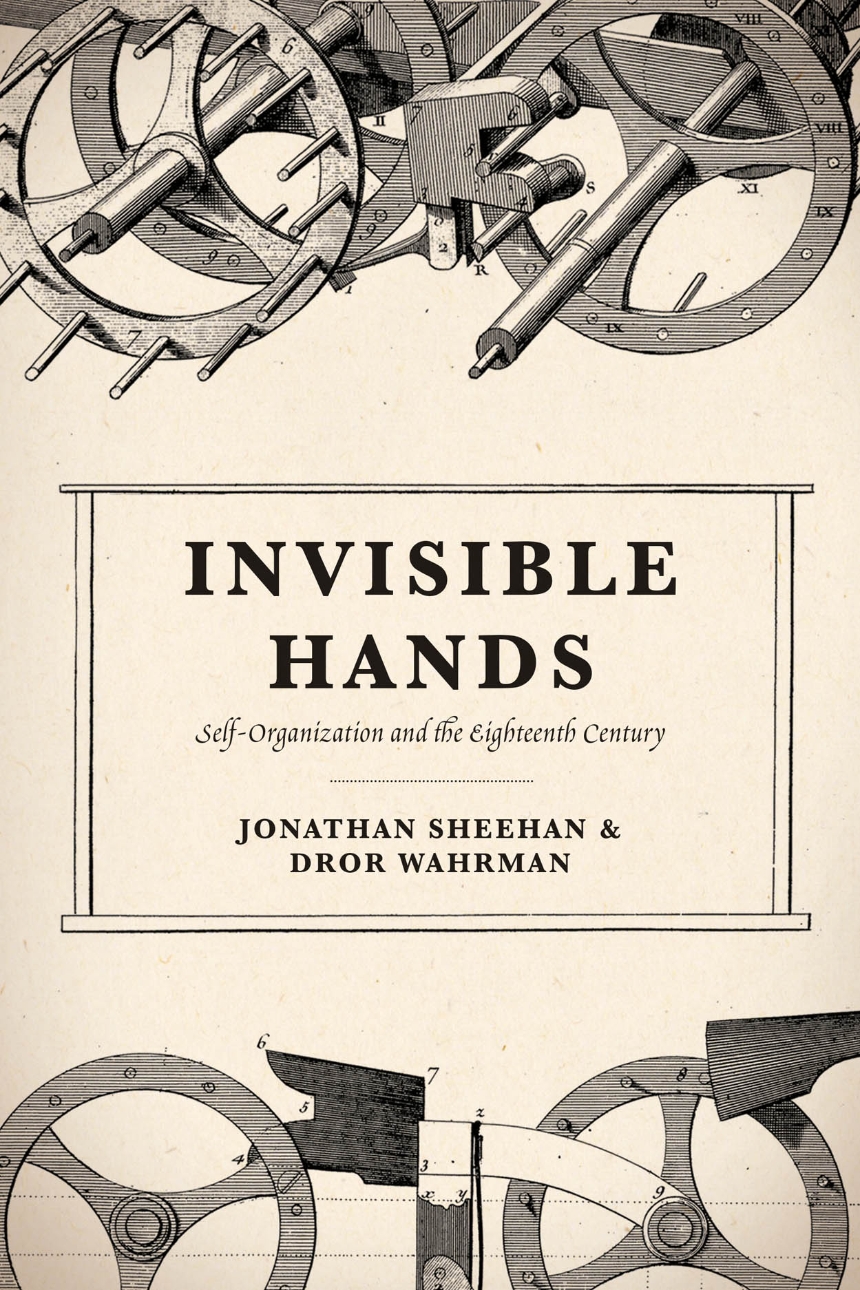 Self-Organization and the Eighteenth Century

Self-Organization and the Eighteenth Century

A synthesis of eighteenth-century intellectual and cultural developments that offers an original explanation of how Enlightenment thought grappled with the problem of divine agency.

Why is the world orderly, and how does this order come to be? Human beings inhabit a multitude of apparently ordered systems—natural, social, political, economic, cognitive, and others—whose origins and purposes are often obscure. In the eighteenth century, older certainties about such orders, rooted in either divine providence or the mechanical operations of nature, began to fall away. In their place arose a new appreciation for the complexity of things, a new recognition of the world’s disorder and randomness, new doubts about simple relations of cause and effect—but with them also a new ability to imagine the world’s orders, whether natural or manmade, as self-organizing. If large systems are left to their own devices, eighteenth-century Europeans increasingly came to believe, order will emerge on its own without any need for external design or direction.

In Invisible Hands, Jonathan Sheehan and Dror Wahrman trace the many appearances of the language of self-organization in the eighteenth-century West. Across an array of domains, including religion, society, philosophy, science, politics, economy, and law, they show how and why this way of thinking came into the public view, then grew in prominence and arrived at the threshold of the nineteenth century in versatile, multifarious, and often surprising forms. Offering a new synthesis of intellectual and cultural developments, Invisible Hands is a landmark contribution to the history of the Enlightenment and eighteenth-century culture.

“Wide ranging, with substantial discussions of Bayle, Defoe, Locke, Mandeville, Montesquieu, Newton, Pope, Rousseau, and Vico, among others, including some lesser-known figures. . . . Recommended.”

“A fascinating exploration of the proliferating logics of self-organization across various Enlightenment discourses, ranging from metaphysics and political economy to botany, mathematics, and epistemology.”

“Even if it was not his original intention, Marx . . . signaled the existence of a manifold phenomenon—economic theology. Recovering its eighteenth-century history demands the same critical rigor that Wahrman and Sheehan so admirably employ in their survey of self-organization.”

“The key concept [of self-organization] develops a broad and enlightening link in the study between such disparate discursive fields as psychology, biology, mathematics and probability theory, political theory, and financial economics. . . . A detailed and thoughtfully structured work.”

“Jonathan Sheehan is a gifted intellectual historian; Dror Wahrman, an accomplished cultural historian. They have combined their talents and approaches here to achieve one of the richest recent books on the origins of how we moderns reason.”

“The deep research and the breadth of learning on display in Invisible Hands are impressive. . . . Sheehan and Wahrman have done a great service by identifying a central topos and a veritable state of mind in eighteenth-century European life. Not only specialists of the eighteenth century but all historians of science and math, economic historians, and specialists of moral philosophy will reap rewards from this intelligent book.”

“The authors have provided a fascinating view into the growing culture behind the idea of divine order in the eighteenth century.”

"One senses that one important goal of Invisible Hands is to make the eighteenth century seem like a familiar country. I, at least, came away from the book feeling that enlightenment writers were in important ways like us, with similar questions about apparent patterns in the world, about the relation of the individual subject to those larger patterns, and about the meaning of it all.
More questions than answers, in fact—another measure of this book’s rich and generative dialogue."

“Invisible Hands is a landmark piece of work, a brilliant excavation of eighteenth-century patterns of thought. Sheehan and Wahrman demonstrate in a virtuoso manner that eighteenth-century thinkers came to discern the same fundamental quality of self-organization at work in many different systems. The authors often wax lyrical, beautifully so, in their exploration of their topic, and do not shy away from posing questions of profound philosophical import. This book will cause a stir.”

“Sheehan and Wahrman offer exciting insights into the discourses of order and self-organization, which informed such disparate domains as the emerging life sciences, concepts of human cognition, politics, and economics. The reader is skillfully guided on a complex journey of discovery, at times through arcane archives, which are opened up for new and creative uses. Enjoyably witty, this is a most engaging read for anybody interested in the intersections of intellectual and cultural history.”

“Free markets; non-linear systems; chaotic dynamics: our world seems always at the mercy of uncertainty but still mysteriously orderly. Sheehan and Wahrman ingeniously locate the origins of our anxieties about self-organization in the busy, bruising world of the early Enlightenment. Invisible Hands is itself something of a miracle of organization, drawing together the histories of theology and botany, political economy and epistemology, mechanics and medicine, into an unsettling but strangely satisfying whole.”