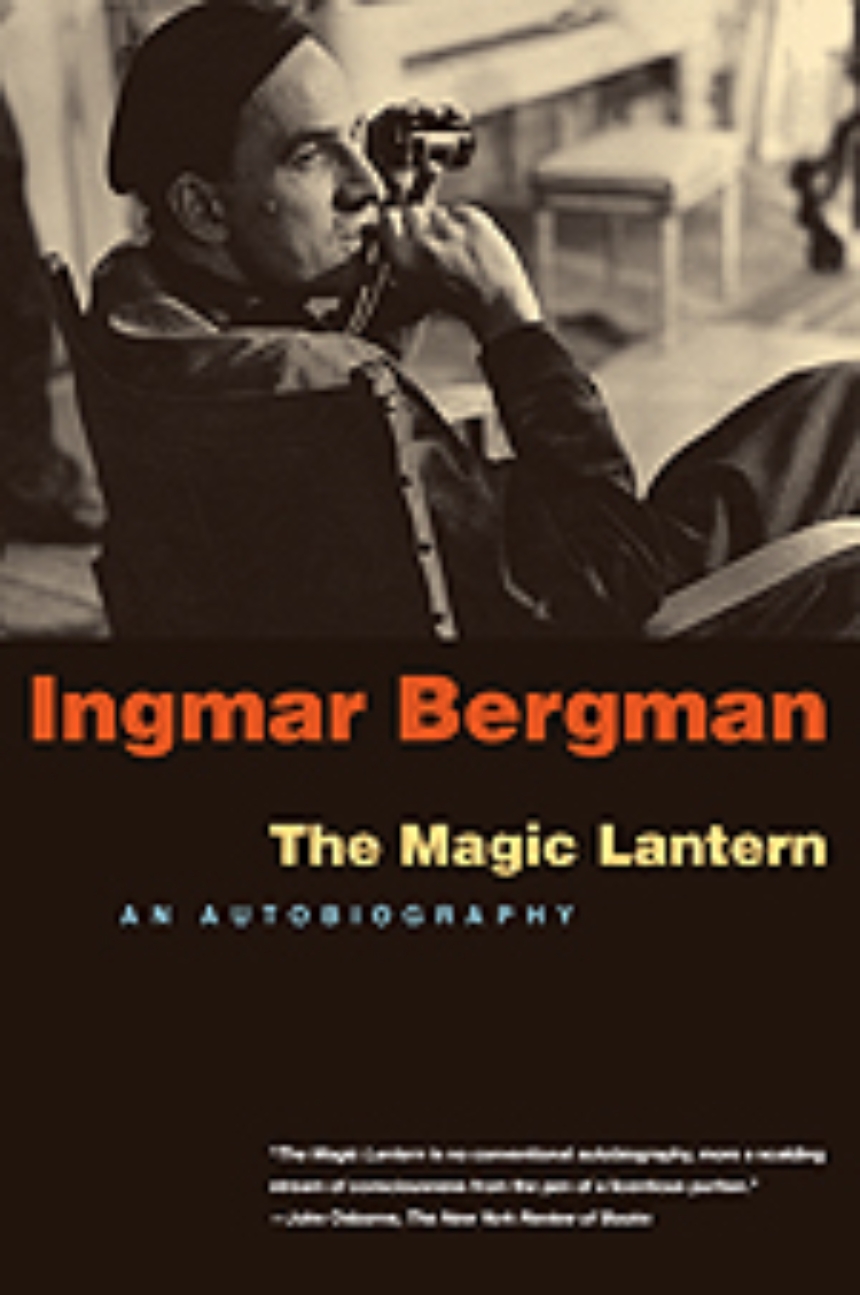 “When a film is not a document, it is a dream. . . . At the editing table, when I run the strip of film through, frame by frame, I still feel that dizzy sense of magic of my childhood.” Bergman, who has conveyed this heady sense of wonder and vision to moviegoers for decades, traces his lifelong love affair with film in his breathtakingly visual autobiography, The Magic Lantern.

More grand mosaic than linear account, Bergman’s vignettes trace his life from a rural Swedish childhood through his work in theater to Hollywood’s golden age, and a tumultuous romantic history that includes five wives and more than a few mistresses. Throughout, Bergman recounts his life in a series of deeply personal flashbacks that document some of the most important moments in twentieth-century filmmaking as well as the private obsessions of the man behind them. Ambitious in scope yet sensitively wrought, The Magic Lantern is a window to the mind of one of our era’s great geniuses.

“Joan Tate’s translation of this book has delicacy and true pitch . . . The Magic Lantern is as personal and penetrating as a Bergman film, wry, shadowy, austere.”—New Republic

“[Bergman] keeps returning to his past, reassessing it, distilling its meaning, offering it to his audiences in dazzling new shapes.”—New York Times

“What Bergman does relate, particularly his tangled relationships with his parents, is not only illuminating but quite moving. No ‘tell-all’ book this one, but revealing in ways that much longer and allegedly ‘franker’ books are not.”—Library Journal

“[Bergman] has found a way to show the soul’s landscape. . . . Many gripping revelations.”

"In its structure, its tone, its intent, Bergman's book asks to be judged, not as a factual account, however good, but as a work of literature. It succeeds--exactly as he wanted it to: The Magic Lantern is as personal and penetrating as a Bergman film, wry, shadowy, austere.”

"Combined with the life-affecting astonishment that his brutal and beautiful films inspire, The Magic Lantern cultivates a sensitivity towards this film-loving, sometimes self-loathing, sometimes faith-avowing Ingmar Bergman."

“Bergman’s minute recall is essentially, astonishingly, visual. Description after description stamp out scenes from his films. The man, his memory, his work are one. . . . It is wonderfully liberating to be made privy to the tangible relish in his craft . . . The Magic Lantern is no conventional autobiography, more a scalding stream of consciousness from the pen of a licentious puritan. . . . He is funny and crisp about several of the Famous and unstrainingly vicious about the dead and dismal critics.”